In Krasnodar VVAUL, a monument to the three times Hero of the Soviet Union, Marshal of Aviation Alexander Pokryshkin 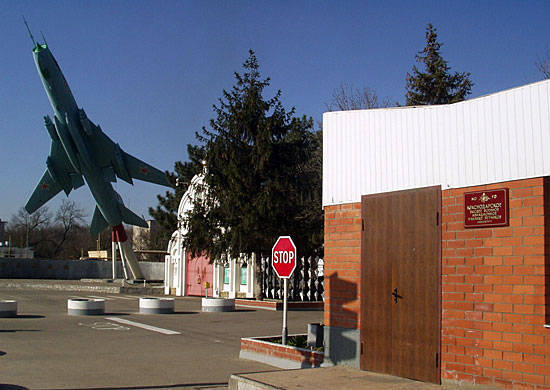 Today, on the territory of the Krasnodar Higher Military Aviation School of Pilots (VVAUL) named after Hero of the Soviet Union A.K. Serov (branch of the Military Training and Scientific Center of the Air Force "Air Force Academy named after Professor N.E. Zhukovsky and Yu.A. Gagarin") unveiled a monument to Marshal aviation Alexander Pokryshkin, the legendary fighter pilot of the Great Patriotic War of 1941-1945, three times Hero of the Soviet Union.


More than 500 residents and guests of Kuban took part in the opening ceremony of the monument. Among them are representatives of the Southern Military District, veterans' organizations and the Union of Heroes of the Soviet Union and Russia, full knights of the Order of Glory, students of schools and cadet corps of the Krasnodar Territory.

Alexander Pokryshkin was the author of many new tactical methods of fighter actions. He always carried an album with him, in which he drew schemes of air battles. This album is currently stored in the Central Museum of the Armed Forces of the Russian Federation. Alexander Ivanovich was one of the first to practice “free hunting”. His tactics and combat techniques then spread on all fronts.

During the Great Patriotic War, A. Pokryshkin made more than 650 combat missions, in 156 air battles personally shot down 59 (according to unofficial 75 data) of enemy planes and 6 in the group.

Installing the bust A.AND. On the territory of the school, Pokryshkin will become an additional incentive for cadets to master the flight profession, the propaganda of aviation traditions and the profession of a military pilot.

Ctrl Enter
Noticed oshЫbku Highlight text and press. Ctrl + Enter
We are
Innovation Day of the Southern Military District: Pictures from the ExhibitionThe first steps towards the revival of the Borisoglebsky Higher Military Aviation School of Pilots
Military Reviewin Yandex News
Military Reviewin Google News
15 comments
Information
Dear reader, to leave comments on the publication, you must to register.