The feat of peacekeepers in Tskhinval

15 May 2013
67
On the night of August 8 2008, when the whole world watched the opening of the Summer Olympic Games in Beijing, Georgia decided by military means to regain South Ossetia, which had separated from it at the beginning of the 90 of the last century. The armed conflict began, which lasted 5 days and ended with the complete defeat of Georgia. After these events, Russia finally recognized the independence of South Ossetia and Abkhazia, practically putting an end to the dreams of the Georgian leadership to return these republics to the country.

The base in Shanghai is a three-story building equipped with an observation post on the roof, which was called an “eye”, an observation tower, a concrete observation cup, a stoker, several BMP-1, exposed outside the base in 300 meters from it to the field along the border and several BMP-1 on the territory of the base, driven into specially dug caponier. 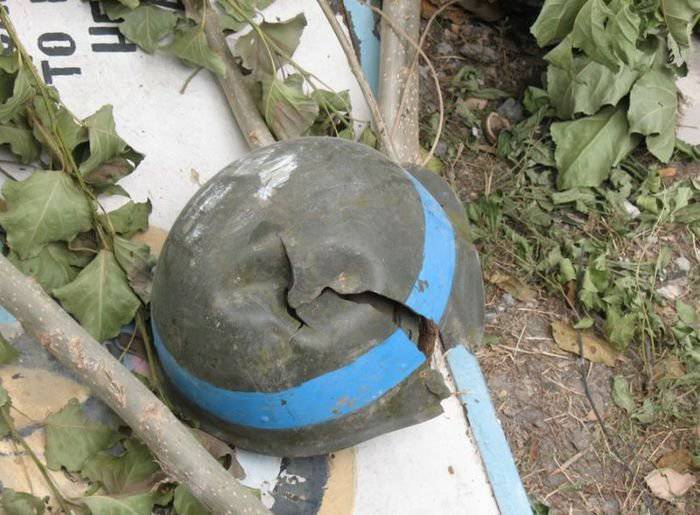 At about 2 in the night of August 8, the shelling of the city stopped, but at 5 in the morning the shelling resumed, fired from a rifle weapons. The first shots were made on the "eye", located on the roof of the peacekeeping base. At this time there were several Russian observers. At the same time the peacekeepers suffered the first losses. One person was killed, another was injured. At about the same time, the Georgians began a massive bombardment of a high iron observation tower at the base. However, the shelling did not cause any harm to ordinary Sergei Kononov, who was drafted into the army from Udmurtia. Sergey walked down the stairs to a concrete glass and took refuge there. Looking ahead, it is possible to note that in this concrete glass at noon he died and, fighting for 3 hours and reflecting the attacks of the enemy, he did not give up his battle post. He was posthumously presented to the Order of Courage.

Approximately 2 hours after the start of the morning shelling of small arms, that is, around 7 a.m., the Georgian military brought the positions of Russian peacekeepers 2 tank. One of them took refuge in a dilapidated building, which served as a shelter, and the second hid in a coppice. Near the tanks are snipers. With the first shots, the tanks destroyed the lonely standing and not firing BMP of the Russian peacekeepers. In the car, a mechanic-driver, Private Anton Marchenko, and gunner-operator Alexander Shmyganovsky were killed. After such a development of events, peacekeepers, who were located in their trenches at the lower observation position along the border, retreated to the base building. The surviving BMP peacekeepers, installing a smoke screen, also began to retreat to the base.

The order to open the return fire was received by the Russian peacekeepers closer to 8 in the morning. At this point, Georgian troops were already conducting offensive operations using infantry. At the same time, Georgian tanks shot the base territory from shelters. Almost all the equipment of peacekeepers was destroyed by enemy fire. Acquired in Ukraine MBT T-72, equipped with modern Israeli electronic filling, turned into real snipers. From the very first shots without adjustment, they hit the peacekeepers' equipment, even though some BMPs were deeply dug in the ground. 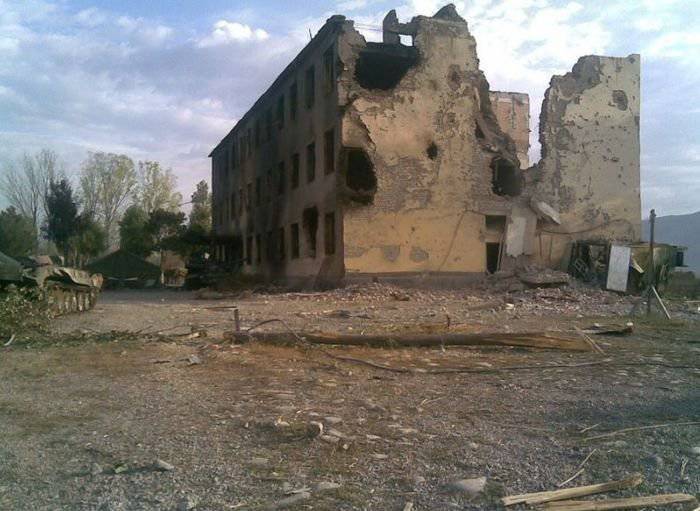 In one of the BMP killed the driver Kublan Himatov. And about 11 hours of the day in the BMP on the territory of the base killed gunner-operator Private Polushkin and mechanic-driver Alexander Yasko. For a relatively long time, only the BMP of the operator-gunner Radion Asanova was firing, but she, too, was eventually destroyed by fire from a tank. Fortunately, at that time, Radion Asanov had already left the car and continued the fight.

By the time the Georgian military reached the location of the peacekeeping campus in Shanghai, there were only about 220 servicemen there. Of the combat units there were only 4 platoon - 2 motorized rifle, 1 grenade launcher and 1 reconnaissance. The rest - providing staff. Of the regular 526 servicemen of the battalion of the order, 250 people were stationed at posts and outposts along the border. These 4 platoons held up defenses against the superior forces of the Georgian forces by force up to the battalion (about 500 people, supported by tanks and artillery).

The battalion of the Russian peacekeepers was confronted only by 1: the task at its turn of defense was to prevent the enemy from entering Tskhinvali. At the same time, the most powerful weapons that our peacekeepers possessed were the 73-mm Thunder cannon on the BMP-1, as well as hand grenade launchers and anti-tank guided missiles. According to the commander of the peacekeeping battalion, Lieutenant Colonel Konstantin Timerman, the Georgians could not enter the positions of peacekeepers with tanks, knowing that the Russians have an RPG. Georgian tanks mostly fired from a safe distance of 500-700 meters. Several times the Georgians tried to penetrate the base through the checkpoint, but the Georgian infantry was cut off from the tanks by small arms fire and the tanks were forced to retreat, because without the support of the infantry, tanks were just an excellent target for soldiers with RPGs. 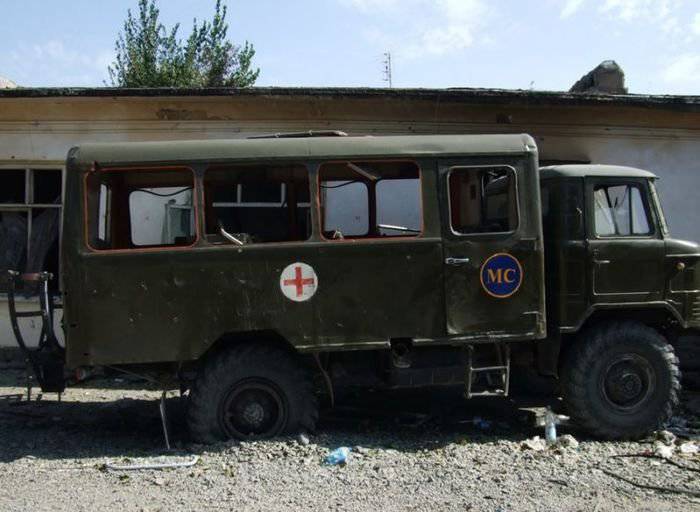 The peacekeeping battalion managed to hold out for three days, being in a fairly dense encirclement. For 3 days, Russian peacekeepers, many of whom had never before taken part in hostilities, fought with an adversary who came to Tskhinvali. Russian peacekeepers have become a real stumbling block for the Georgian military, who, having a significant numerical advantage, have failed to capture the location of the peacekeepers. At the same time, the Georgian military, in violation of all international law, exposed the peacekeeping contingent to artillery and mortar shelling, shelling from tanks and small arms, and assault raids aviation.

The 4 tank, which 9 August managed to break through, was invaluable to the peacekeepers. One of them was almost immediately hit, another tank was damaged, and pressure was released from it. At the same time, the ammunition from it was transferred to another tank. One of the tanks that had broken through closed the entrance to the peacekeepers ’barracks, preventing the Georgians from getting on the back side and filling the only way out. At the same time, tanks, having spent ammunition, did not turn off the battle. One of them continued to frighten the Georgian infantry with one of its kind and aggressive movements.

The losses of the Russian peacekeeping battalion were 10 killed and 2 missing. Many of those who were in the town of peacekeepers were injured of varying degrees of severity. The commander of the battalion of peacekeepers, Lieutenant Colonel Konstantin Timerman was awarded the title Hero of Russia. During the battle, he was wounded, but did not leave the position, refusing hospitalization, and continued command of the battalion. It is reported that the lieutenant colonel personally destroyed 6 enemy units.