China is one step away from the Arctic

15 May 2013
21
Over the past few days, the People’s Republic of China has received the most attention from various geopolitical structures of the world. Moreover, in some cases it is difficult to understand whether the Chinese authorities themselves gave a reason for engaging in their international activities, or is it simply the notorious “world community” that breathes unevenly (in different senses of these words) in relation to China.


One of the information reasons to pay close attention to China is associated with the data that represents the main state edition of the People's Republic of China "People's Daily". According to the information of this publication, China hopes that it will be accepted as permanent observers of the Arctic Council, whose regular meeting is being held in the Swedish city of Kiruna. Recall that while the members of the Arctic Council (AU) in addition to the Russian Federation are the USA, Sweden, Canada, Finland, Iceland, Denmark and Norway. China is still a temporary observer at the Arctic Council, whose status keeps China in limbo and clearly does not allow it to show all its ambitions in terms of the development of the Arctic region. 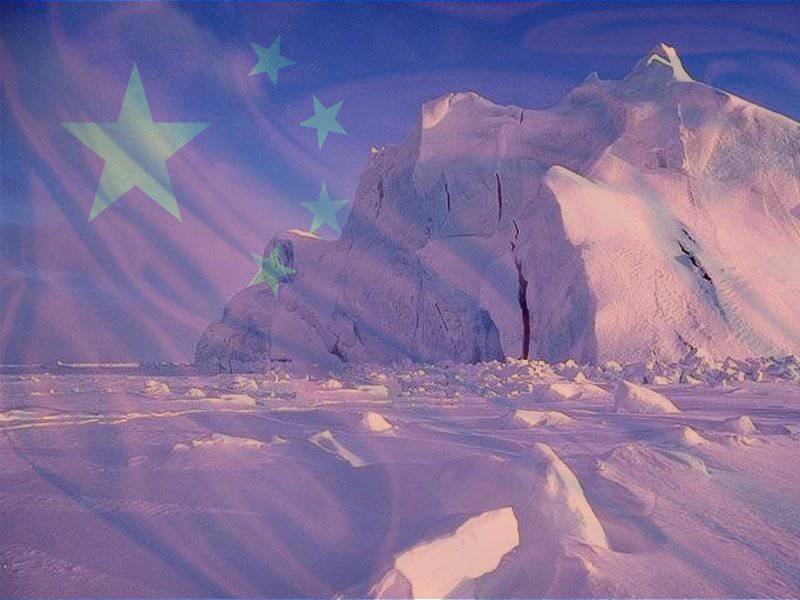 It is noteworthy that even before the opening of the next (already VIII) session of the Arctic Council, the Chinese newspaper “Renmin Ribao” managed to present material that allegedly Russia, Canada, Norway and several other countries of the Arctic Council supported China’s application for the right to become a permanent observer at the AU with certain further perspectives in this international organization. After such statements in the Chinese press had to speak different representatives of the countries that were announced by Chinese journalists as "supporting the aspirations of China." It turned out that, for example, the Canadian side does not see the need to provide countries that do not have any territorial relationship to the Arctic, not only the status of a member of the Arctic Council, but even the status of permanent observer. The motivation of the official Ottawa is to ensure that consideration at the session of the issues of granting permanent observer status at the AU to the same China can distract Council members from the pressing problems of the Arctic region.

Commented on the publication in the People's Daily and the Norwegian side. The official Oslo has not yet commented on the situation regarding the support or non-support of the application of the PRC to receive permanent observer status in the Arctic Council, but the Norwegian press did not remain indifferent to this application. Immediately, several Norwegian newspapers called on the leadership of their country not to vote for China to receive permanent observer status at the AU, linking this with the fact that China “had a bad reaction to the Nobel Peace Prize Liu Xiaobao” - a participant in the 1989 events of Beijing’s Tiananmen Square. And it seems that Liu Xiaobao was not presented with the award yesterday, but Norwegian journalists continue to link the Chinese demarche on this occasion with his desire to get observer status: they don’t want to put up with the Xiaobao award, so get “no” from Oslo in Swedish Kiruna .

However, regarding the Canadian and Norwegian materials, the Chinese in their inherent spirit continue to bend their line, declaring that the Arctic region will benefit from obtaining the status of permanent observer from the Middle Kingdom to the Arctic Council. According to the head of the Chinese company CEN, Han Xiaoping, the likelihood of obtaining this status by China today is higher than ever. The reason for this is that China could implement large-scale Arctic projects with the help of large investments in the region. One of such projects is the Chinese side itself who sees the development of maritime transport in the Arctic Ocean, for which it intends to intensify work on the construction of new powerful icebreakers. At the same time, China, without any doubt, calls itself the largest manufacturer of marine equipment, which could serve for the development of the Arctic. They say, well, let it be that there are several thousand kilometers from the northernmost point of China to the same Arctic Ocean, but we are building icebreakers, which means it’s time to take us to the Arctic Council.

In such a situation, frank Chinese pressure will be quite difficult for the Russian side. Not only that the leading Chinese media have already managed to express Moscow’s full support for China’s aspirations in obtaining permanent observer status, but Russia is also quite transparent from Beijing hinting at the fact that they do not forget what country Xi Jinping has done first official overseas visit.

The situation for the Russian Federation is really twofold. After all, on the one hand, China seems to be a strategic partner for the Russian Federation, with which we have similar positions on many geopolitical issues, but on the other hand, the more the Arctic Council swells (even if only by observers), the more willing will be willing to lend a hand to the Arctic wealth. Already today the number of observers who are far from all close to the Arctic region is quite large: Germany, France, Poland, Spain, the Netherlands, the United Kingdom (together the EU). These countries are not able to make decisions like, for example, full members of the Arctic Council, but as they say, everything flows, everything changes. Who knows what will happen, for example, in a couple of years. After all, when the Arctic Council itself was created, few could have imagined that already after a short time afterwards, incoming applications from different countries of the world would have to be considered in advance, indicating interest in the Arctic. And after all, all these applications are supported by approximately the same arguments: they say we (the applicants) want to help implement only environmental projects, protect the nature of the North, or improve transport routes. It is noteworthy that no one talks about that lacquer piece, for the sake of which everyone is trying to break into the Arctic Council. And the tidbit is the untold resources with which the Arctic is rich.

Well, if everyone who wants to get closer to the Arctic Council wants to improve the ecology in the region or allocate funds for the development of transport infrastructure, then why do we need an indispensable membership or “observation” in the AU? You can do this in private. But here's the catch that privately neither the EU nor China wants to do this. In Beijing, after all, they are well aware that no private initiatives will bring this state closer to a hypothetical acquisition of the right to use Arctic resources in the future. And to think that China will stop solely on the position of a bystander, who will only contemplate how others are trying to divide the Arctic, is naive. China needs legal prerequisites in order to gain access to the resource base of the richest region, which, so far, de jure, let's say, is "neutral." But after all, the whole “no one's” may sooner or later find a master ...

So in such a difficult situation to undertake the Russian delegation in the Swedish city of Kiruna? Fully feel the friendship with China and finally let Peking into the Arctic, or, using more elaborate policies, politely and beautifully leave the Eastern Dragon on its territory. But if it is “polite and beautiful”, then another question arises: can our delegation? In general, the fate of not only the Arctic region, but also the protection of the interests of Russia in this region depends on the art of Russian diplomats to be professional diplomats.

If we talk about the only state that expresses unequivocal support to China in terms of obtaining permanent observer status with the Arctic Council, then this is Iceland. The reason is that since the beginning of the economic crisis, Iceland has become significantly dependent on Chinese investment. There is even a free trade agreement between Reykjavik and Beijing. China gives the island state loans at a sparing interest. This has already led to the fact that the Icelandic political elites have declared: they say, if China is not accepted into the AU, Reykjavik will open the PRC to the Arctic through the “back door” - by means of it (Reykjavik) the organization “Arctic Circle”. In this regard, it seems that the Icelandic authorities are significantly addicted to, let's say, the Chinese financial needle. And the words of the Icelandic authorities about the opening of the "Arctic Circle" for the arrival of China in the Arctic shed light on why during the global crisis China chose Iceland for large-scale support ... Such Chinese lace.

Ctrl Enter
Noticed a mistake Highlight text and press. Ctrl + Enter
We are
Armored vehicles of Yugoslavia. Part of 3. Yugoslav People's Army (1945-1980's)Results of the week. “Everything is strange and strange! Everything is wonderful and wonderful! ... "
21 comment
Information
Dear reader, to leave comments on the publication, you must to register.