The main organizational force of the "color" protest is the group, actively supported by the West. To achieve their goals, its representatives can even sacrifice the integrity of the state. However, the Russian authorities are able to prevent the "color revolution" in the country and eliminate the conditions for its occurrence.

The reality of the threat of “color” changes in Russia is obvious. An analysis of the situation in the country suggests a significant increase in social contradictions and conflicts in society by the winter-spring period of 2013 – 2014.

This is due both to objective factors - the growing global crisis and the strengthening of negative trends in the Russian economy caused by world turmoil and Russia's accession to the WTO, and subjective - the intention of Western elites, primarily the United States, to solve the problems of their civilization at the expense of the peoples of other countries and the desire of the domestic liberal-Westernist oligarchic groupings to return power.

The current leadership has a wide range of methods and means of neutralizing a possible “color revolution” in Russia. At the same time, the key condition for victory is the choice of a more effective way of action than that of the opponent.

Therefore, in order to eliminate the “color” threat in the country, a consistent and clearly coordinated set of actions on a national scale is needed, aimed at eliminating the conditions for the occurrence of such a revolution and eliminating forces ready and able to carry it out from the political arena.

Analysis of the social structure of the society and the political field of Russia shows that the main components of the “color revolution” are the liberal-Western group in the political and economic elite of the country, foreign support and part of the active protest groups of the population. 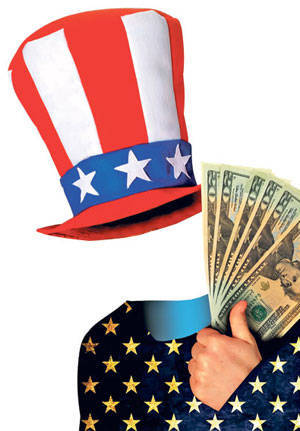 The main organizing force here is the liberal-Westernist group. Its components are the ideological core, the raw and financial oligarchy, the lobby in the executive and legislative branches, and the liberal opposition.

Foreign forces supporting this group solve the tasks of intellectual, political, ideological, and in part material support for its activities. They are represented by state and non-state organizations that are deployed both in foreign territory and in Russia. These forces determine the strategy and tactics of preparing and conducting protest actions. In addition, they provide international support to revolutionaries politically and morally-psychologically. Foreign material assistance to the organizers of the revolution is also significant.

The basis of mass support for "color" changes is an active part of the population with a cosmopolitan and liberal-Western position, as well as having no clear ideological guidelines, as a rule, dissatisfied with material and social situation. Among them, it is advisable to single out organized groups (small parties of liberal nationalists, marginal organizations with a blurred ideology) and an unorganized, politically immature part, mostly young people.

The strengths of the “colored” forces in Russia are the presence of a good economic base, strong foreign support, tangible influence in the Russian economy and politics, control over a significant part of the electronic media, and good representation in the blogosphere.

The weaknesses of the adherents of such a revolution include:

Ctrl Enter
Noticed a mistake Highlight text and press. Ctrl + Enter
We are
The world we leave, the world we enter, and the world between themSergey Kurginyan: The meaning of the game - a report on the WTO
8 comments
Information
Dear reader, to leave comments on the publication, you must to register.