Making a bad movie is like spitting into eternity.

15 May 2013
112
The other day I read a devastating article dedicated to the German film "Our Mothers, Our Fathers". He watched the film, the impression is purely positive. In Germany itself, the film was called the event of the year, an artistic breakthrough and blah blah blah. In countries affected by fascism (Poland, Russia), this movie is not understood. And no wonder. In my humble opinion, Germans should generally avoid this topic. Try to give drama and some ambiguity to the data historical events are not worth it. All these attempts are doomed to failure and misunderstanding on the part of other participants in the Second World War. In the 80s, a case occurred in the Soviet Union, high school students found a German uniform from the Second World War, dressed it and went around the village, a guard saw them and died. Such a memory remained in the hearts of the Slavs about the soldiers of the Wehrmacht. 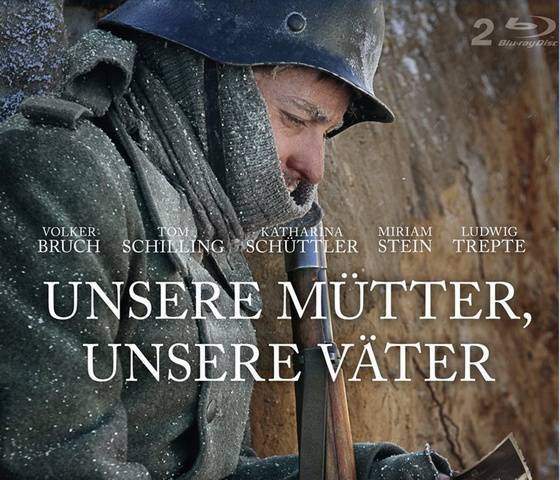 Now about what was positive in this film. The strength is the study of the characters, their dialogues and how they perceive the war in its initial period and in the end. By the end of the story, they become different people. At the center of the story are two brothers, one of whom started the war with an ideological, competent officer, and ended up in a penal battalion as a deserter. The second arrived at the front as a pacifist and an outcast, and in the end became a very good soldier, calmly accepting everything that war brings, even his own death.

The Soviet wars are shown by stubborn, brave fighters, of course, there is an episode with a hospital where German wounded soldiers are shot and they try to rape a nurse, but this is literally two minutes from a three-part film. In my opinion, in general, this picture does not spoil. I would like to note that, for example, in the American film epopee “Brothers arms"The Soviet Union was remembered only in one of the last dialogues, the essence of which was that in Russia there was nothing to do." And this, removed our former allies. You can also mention the film “The Challenge”, where throughout the film the Jewish partisans fought against the Germans. And the Soviet army is represented by a red-faced half-drunk commissar, an anti-Semite. The Poles got more, the Polish partisans are more likely to dislike and sympathize with the soldiers of the Wehrmacht more than these freedom fighters. So the claims of Poland to the creators of this project are absolutely justified.

In conclusion, I would like to note the main thing about this film: first of all, this is a product for Europeans, for their TV channels, producers need to sell it and make money on it. And it is clear that if the Germans are portrayed as finished fanatics and fascists, then this film will not be in demand, it will not be massive. Yes, the film is false, but the laws of the market are more important, and if you want to sell something, then you must create a product that people want to consume. That's all. You can say as much as you like and how it happened, but each time we will find ourselves in the position of the Pug that barks at the elephant. And here lies the main paradox, in Russia there is a huge need for good, patriotic cinema. But instead we get countless base serials on the theme of the Great Patriotic War. Of course, we can note a number of projects that pleasantly surprised, for example, “Brest Fortress” and “White Tiger”, but they definitely do not reach the level of “Saving Private Ryan”. And if the Russian public accepted the Belarusian film, the film of Karen Shakhnazarov at the box office failed. First of all, because of the delusional plot, behind which the viewer did not make out a very powerful subtext. The plot is based on the confrontation between the Soviet tanker and the German tank a ghost, literally. Such are our superheroes. Hollywood nervously smokes, this is not a confrontation between Captain America and the Red Skull.

For me personally, the driver Naidenov - the personification of the entire Soviet people. There is an episode in the film when he is asked to tell his relatives that he is alive, he refuses and says that the dead cannot be where the living are. In fact, Naidenov sacrifices his past for the sake of victory over his opponent. And this is what all Soviet people did, their war was reborn, and they gave up everything personal for the sake of victory, one for all.

But most importantly, "White Tiger" is the most authentic film about the war to date. It really surprised me and pleased. If we see a tank on the screen, then it is a tank of the corresponding epoch, and not a 2 BMP with welded metal sheets, as in the film “We are from the future.” The creators worked very well with the details, not only the T-34-85 flaunt the frame, but the BT, General Lee, Sherman, T-4 tanks were also noticed.
Today, the cinema is striving to be shot as cheaply as possible and this is immediately obvious, it’s good if we are shown a decent trench, but not in one movie I haven’t seen a full-fledged defense system from at least two trenches. We are shown the endless cabinets of evil Smershavians who spread rot around everyone.
The Soviet Union won a simply titanic victory, sacrificing huge masses of people, and at the exit we get pictures of the “We are from the future”, “Fog”, “In June 41”, “Last armored train” levels.

I OFFER TOP-LIST FILMS ABOUT WAR WITH LITTLE COMMENTS

1 “ON WAR AS ON WAR”. First of all, I liked camera work and dialogues. Everything in the film looks natural and nothing annoying. The black and white image only emphasizes credibility, and the characters are very clear.
2 “LIBERATION” is a very large-scale movie. The first film shows the strategy of warfare. The film is not overloaded with ideology.
3 “LIVING AND DEAD” is a powerful film. Well conveys the spirit of the era. The main character is not very cute to me, but what is happening around the main character is very natural.
4 “CHRISTMAS” The film is not about the Second World War, but emotionally a very strong movie. In no other film, I had more respect for the soldiers. After viewing it is ready to kill Chechens with bare hands.
5 “SALVATION OF THE RADA RYAN” is a very good film, but the drama just gushes over the edge. The film keeps the battle scenes, very good sound in the film. The plot itself is delusional. Although maybe I grew up in the wrong country?
6 “IN AUGUST 44” is a great movie about exploration. For the stage at the edge of the forest would give the main character OSCAR. Not a very entertaining movie, but very tense.
7 “BREST FORTRESS” - the film was astonished by the fact that they did not pour any slop on our history. Good movie, but the story is crumpled. There is a lack of panoramic scenes. The plot is weak.
8 “STRAFBAT” - this film could become the best film about the war only thanks to the ACTORS GAME. Everything else is so cheap film that you immediately realize that you are watching a series. It is not clear why Serebryakov did it all.
IN CONCLUSION I WOULD LIKE TO MARK THE TWO DOCUMENTARY PROJECTS:
9 “GREAT WAR” is the best project dedicated to this subject. Very grateful to Channel One. THANK!
10 “LIBERATORS” well, on a solid “4”.

Ctrl Enter
Noticed a mistake Highlight text and press. Ctrl + Enter
We are
Dmitry Puchkov: You can’t defeat someone’s propaganda - organize and lead your own.Contrary to Nuremberg: new trends and forms of propaganda of fascism
112 comments
Information
Dear reader, to leave comments on the publication, you must to register.