14 May 2013
27
The Pentagon has published a report according to which China was first directly accused of conducting systematic cyber espionage. With the help of cyber attacks on the computers of the US administration, the Chinese collect secret information about military planning and the American army. At the same time, the United States no longer hide their anxiety due to the military gain of the PRC. Earlier, Washington has repeatedly accused Chinese hackers of cyber espionage, claiming that they operate under the auspices of the official structures of China. However, direct accusations against the Chinese government at the Pentagon have never been done before.


According to the report submitted to the public, last year numerous computer systems across the globe, including US state networks, were subjected to numerous attempts to penetrate, many of which, apparently, can be attributed to the Chinese armed forces and the government of the country. Prior to this, the United States tried to avoid such public accusations against the authorities of the PRC, and also to recognize that the computer systems of the federal authorities are becoming objects of increased attention of hackers. The situation has seriously deteriorated in recent years. In February, 2013, a company called Mandiant, which specializes in computer data security issues, noted that since 2004, hundreds of attempts to hack US state networks could be traced to a military unit located in Shanghai.

The report, published by the Pentagon, also analyzes the process of modernization of the Chinese army. It argues that the concealment by the PRC of genuine information about its strategic capabilities leads to increased tensions in the region. In March, China announced its defense budget, which, according to 2012, amounted to 114 billion dollars, which is 10,4% more than it was in 2011. But, according to Pentagon experts, China’s real defense expenditures in 2012 were significantly higher than those announced and ranged from 135 to 215 billion dollars. According to representatives of the Stockholm International Peace Research Institute (SIPRI), China is currently in 2-th place in the world in defense spending after the United States. According to the institute, in 2012, China increased spending on this item by 7,8% (11,5 billion dollars), bringing costs to the level of 166 billion dollars. In 2012, China launched its first aircraft carrier, and also actively worked on a new generation of ballistic missiles, anti-missile systems, and cyber espionage systems. 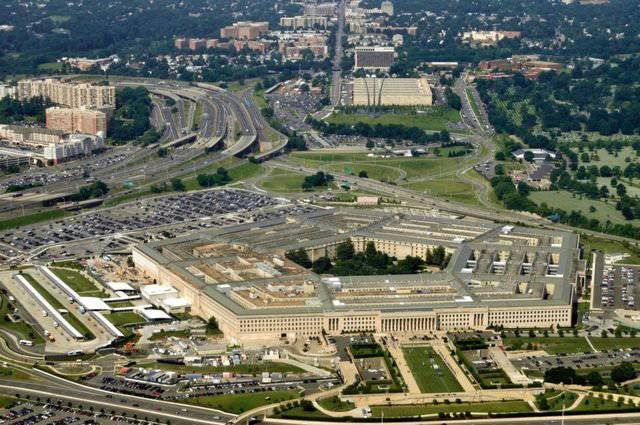 The representative of the US Department of Defense, David Helvey, noted that the general trend in the development of China’s military policy is a matter of concern for employees of the US military. Measures taken by China may limit America’s strategic access to the Pacific. The published report also states that the PRC is becoming increasingly persistent in asserting its own claims to a number of disputed territories.

In the US, they emphasize that if earlier cyber espionage was mainly worried only by the military department and intelligence services, now it is increasingly a threat to the economic interests of the state. This threat has become so great that, according to the Washington Post, the administration of the US president is considering the possibility of adopting a whole series of fairly tough countermeasures. Among them are the expulsion of foreign diplomats from the country, the use of official protests, the imposition of travel restrictions on the United States, the issuance of visas and even complaints to the WTO.

Currently, in addition to China, 3 countries: Russia, Israel and France use hackers to obtain economic intelligence from the United States, but their efforts fade amid what China is doing. In particular, the PRC intelligence services and even ordinary enterprises are trying to use Chinese citizens or foreigners with family ties with Chinese citizens in order to penetrate the internal networks of US corporations. Similar information was obtained by US counterintelligence agencies. 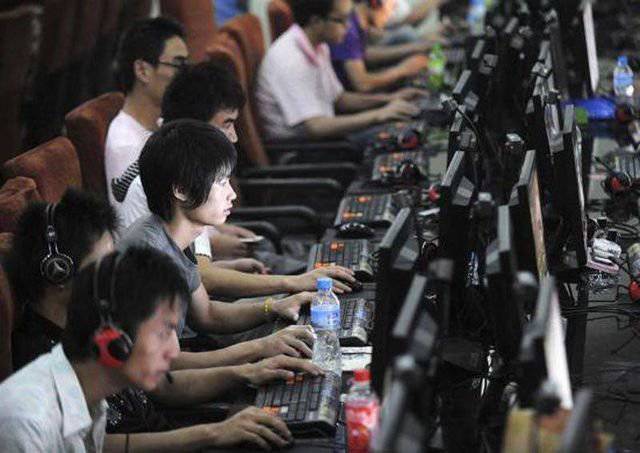 It is also noted that the greatest efforts of hackers are directed at obtaining information about modern military technologies. So in 2011, hackers from the People's Republic of China were able to attack the company RSA Security, which provides its security software to companies of the American industrial military complex. Later, hackers, with the help of programs stolen from this company, were able to carry out attacks on the systems of such a large military supply company as Lockheed Martin. In addition to this, attacks were carried out against other institutions and firms, among them were leading newspapers, as well as the Internet company Google.

The Pentagon’s 83-page report says that cyber spies are extracting secret information about American weapons and Chinese policies for the military and technology sector in China. This information in the event of a crisis can be used by the authorities in Beijing. Military experts also note the fact that cyber espionage is carried out as part of a fairly large-scale industrial espionage, which is designed to reduce China’s dependence on foreign arms manufacturers.

At present, China’s success in arms production is visible to the naked eye. In September, the 2012 of the year in the People's Republic of China officially adopted the first aircraft carrier "Liaoning" and are not going to dwell on this in the Celestial Empire. Plans to build a second aircraft carrier were announced at the end of April 2013. At the same time, this type of combat craft is the most complex and expensive to perform samples. According to Russian expert Igor Korotchenko, at present, China is at the peak of its military-technical power. 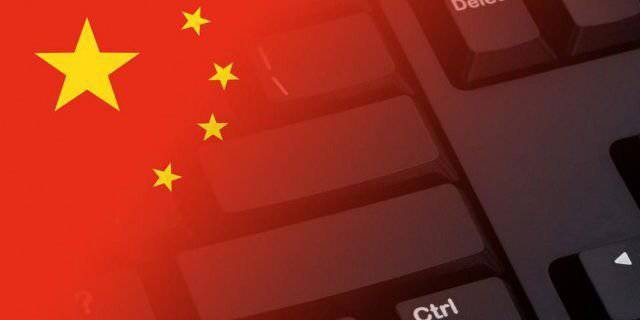 The report of the US military also states that in October last year, Beijing conducted tests of the 2-th fighter J-31, made on the technology of "stealth". Which only emphasizes the country's intentions to develop advanced generation 5 aircraft. It is assumed that this aircraft can be adopted by the Chinese army no earlier than 2018. In addition, China is actively increasing its export of weapons systems to the markets of Southeast Asia, Latin America, Africa and the Middle East. Korotchenko notes that all this is a direct consequence of the dynamic development of the Chinese defense industry, which is gradually moving from simple copying to mass production of more and more sophisticated military equipment.

Currently, the U.S. military is most concerned about the DF-21D ballistic anti-ship missile, which is capable of hitting enemy ships at a considerable distance. This rocket is for the United States and its fleet direct threat. According to David Halvey, US Under Secretary of Defense, there is nothing strange in the fact that the missile is given special attention, because it poses a serious threat to large warships, including aircraft carriers.

Analysts who reviewed the Pentagon report already noted its thoroughness, as well as a high level of analysis. The report clearly shows that it is impossible to underestimate the modernization of the Chinese armed forces, nor can we underestimate the increased influence of the PRC on nearby territories. China is gradually returning its own historical the role he played in the past. 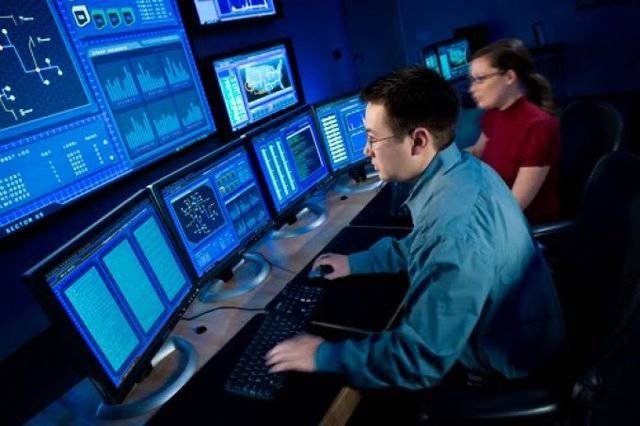 The official reaction of the PRC

It is worth noting that the PRC rejects all accusations by the US military regarding cyber espionage. Chinese media called the report “interference in the internal affairs of the PRC”. The Chinese Foreign Ministry also protested in connection with this publication. The official representative of the Chinese Ministry of Foreign Affairs, Hua Chunying, noted that the annual publication of such reports is speculation on the military threat from Beijing and "undermines trust and cooperation" between the countries.

At the same time, the official noted that China is ready to increase cooperation in the field of network security and to do this together with the US. According to the diplomat, China has long and many times opposed the implementation of hacker attacks and is ready to cooperate with America on network security issues. Actively pushing the theory of the so-called Chinese military threat can bring discord between the PRC and other neighboring states in order to contain China and get a direct benefit from it.

Despite the statements of Chinese officials, China is located on the uncontested 1 place in the world in the number of outgoing hacker attacks. China accounts for about 41% of all attacks carried out in the world during the last quarter of 2012. Prior to this, the American intelligence services have repeatedly called the PRC the most dangerous and active country using cyber intelligence methods to extract all sorts of secret information about technology and trade.

Ctrl Enter
Noticed oshЫbku Highlight text and press. Ctrl + Enter
We are
This is not computer shooters, or the war in Afghanistan as it is.Preliminary evaluation of the prototype of the unobtrusive Chinese fighter Chengdu J-XX [J-20]
Military Reviewin Yandex News
Military Reviewin Google News
27 comments
Information
Dear reader, to leave comments on the publication, you must to register.