Ode against the West 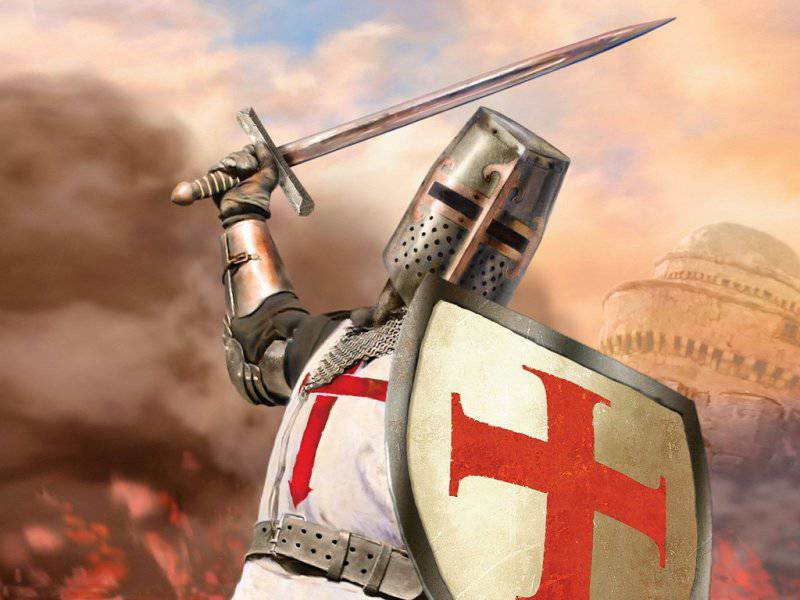 One of these days, an article by Vadim Davydov was published on Khvil, which one would like to call Ode to the West, the Almighty and the Unbeatable. Certainly written beautifully. If you do not include logic and critical thinking, then you just want to surrender to the winners and wait until “abroad helps us” (tm).


But if you turn on the logic, you understand that it’s in front of you, albeit a talented, but bullshit.

To begin with, there were no "two thousand years of ascent of the west." The first five hundred years was a decline. The Roman Empire, which at that time was the hegemon of the Western world, was mired in luxury, debauchery, corruption, civil wars, slave uprisings, and experienced one crazy emperor after another. This went on for several centuries, until the barbarians, who had come from EAST, put an end to her torment.

Then begins a period that stories Europe is called the Dark Ages. The name speaks for itself - these nearly four hundred years of its history are best characterized by the word "stagnation". Moors in Spain and Sicily, in Britain, the Saxons finish the Picts and beat off the raids of the Scandinavians, in the place of Germany, the virgin forest in which the tribes of pagans live (who willingly lash arrows of Christian preachers). And all these four years, wild Europeans have to repel more and more invasions from the East.

The Russian princess, who got into the very center of syphilization, wrote to her father in horror, "Dad, bleat, to which Muhosransk did you send me?!"

By the tenth century, Europe gradually wakes up, and even begins to lead its conquest. This mediocre and shameful occupation gets the name "Crusades". Why mediocre? Because for every success of the crusaders accounted for at least a dozen epic fails. Why shameful? Because this “holy” action was accompanied by enormous civilian casualties, atrocities, heavy drinking and even looting of allies (the storming of Constantinople).

All these mega-efforts of a united Europe (then this miracle was called the “Holy Roman Empire of the German people”) led to the fact that they captured Jerusalem as much as possible, creating there the pathetic Jerusalem Kingdom. If you look at the map of the possessions of the Caliphate, then you will see that it is about the scale of a pimple on the ass at the rhinoceros. And when the pimple starts to hurt, it is squeezed out.

While the Crusaders sat quietly, they were allowed to worship their shrines. And as soon as they began to “plunder the caravans,” they angered Salah al-Din, who gathered a forty-thousand-strong army and deported arrogant savages back to their historic homeland. In the process of deportation, the crusaders were cut out a little less than completely (approximately 95% of the personnel of the orders and their allies were destroyed).

But Salah al-Din was not caliph. He was only the vicar of a remote and poor Egyptian province. What would have happened to the Europeans if the entire army of the Caliphate had gone to conquer them? That's right, now Arabs and Persians would live in Europe. Just at that time, a poor and swampy Europe was not needed by anyone to waste time on its conquest.

Well, you have already penetrated the power of European domination? Not really? Nothing, this is just the beginning!

Then, for almost two hundred years, Europeans enthusiastically cut each other in a showdown for power, first one hundred and thirty years between two tribes of the same family (until Jeanne d'Urdom’s head struck), and then another 30 years within the same family, but with white ones and red roses.

Then a miracle happened, and Columbus "discovered" America. The one about whose existence the Vikings had known a thousand years before. And the Europeans felt that they had found their calling - to rob colonies!

Methodically, consistently, with inhuman cruelty, millions of people were killed. Entire nations, cultures, civilizations have disappeared! Inca, Aztec, Maya, North American Indians, Australian aborigines, Maori - now only a pale shadow or even empty words. Adik Schicklgruber nervously smokes in the corridor, because compared to European “syphilisers” he is a miserable loser. In hell, where they are all found, he cleans their toilets and runs after cigarettes.

Somewhere around this time, to the real world hegemon of all this time - China, Marco Polo arrives, and the Celestial Empire learns that somewhere far beyond Zazhopinsky there is some kind of scorched "Europe". However, back to our syphilisers.

The Industrial Revolution, which finally began to change the place of Europe in the world, became possible only due to the appearance of an excess of resources created by unprecedented and inhuman robbery.

Trade wars, opium wars, the slave trade, drug trafficking, piracy and banditry have been the main instruments for the enrichment of Europe over the past few centuries. Who did this best of all - was personally elevated to the rank of peer queen.

All the elites of the West wore at one time ostrich shoes. Yanukovych-dad is a gangster, Yanukovych-son is a “businessman”, and Yanukovych-grandson will be a “respectable gentleman” and “representative of the creative class”. This is the only way “market economy” works.

Naturally, the Soviet Union, which did not do all this and carried out modernization on its own, is “ineffective” from the point of view of Western sharks. When my mother wanted to open a cafe, I explained to her that half of such establishments in our city work at a loss, since the profit does not interest them - they need to launder money obtained by criminal means. Also here: to honestly compete with a gangster, whose significant part of the profit comes from plundering the colonies - is impossible.

When the author of the commendable pro-Western opus asserts that the West has become rich and successful thanks to democracy - I smile. He or the fool himself, or thinks that the fools are all the others around. Rather, the second.

Democracy has nothing to do with the accumulation of capital and control over resources. This is well understood by Obama and Hollande, leading the neo-colonial wars, in spite of the mass dissatisfaction with these processes by their people. In this direction, the “democratic” rulers act according to the principle “and Vaska listens and eats.”

All economic interaction with the West comes down to the Popandopulo scenario: “give us something real, and in return we will give you candy wrappers - take them all, I’ll draw myself to myself”. But even the drunken operetta priest was not led to this.

When the author says that the natives in the Congo exchange coltan for “brilliant patrons”, he is also cunning. Because besides the armies of several neighboring countries, several private military companies working for Western corporations are fighting in the Congo. And this is no longer a crude manipulation, as he tries to show, but a direct military intervention. And in the CARs and Mali, local residents do not want to give up their resources to Western corporations - they have to carry out “peacekeeping” and “anti-terrorist” operations there.

When the author talks about the coming era of unquestionable supremacy of the West, he is also cunning - even American sources say that the East is rapidly catching up and will overtake in the coming years. As early as last year, China’s trade balance exceeded the US trade balance, and according to GDP, some forecasts promise the same excess of US figures over 2018-20 years. Why join a shooting star if you can cooperate with an ascendant?

Further the same juggling of the facts by the author. The mythical technological superiority of the West over the East exists only in its head. In American universities, a significant proportion of scientists are Asians. And if you add Indians there, you will get more than half. Most of the chips in the American military equipment - Chinese. And who knows what codes for the “hour K” are stitched there? Americans can not even produce their own iPhones, not that some more sophisticated equipment. Their star confidently and steadily crawls to the dump.

Well, two more aspects: strategic and moral. Strategically, Russia and Ukraine were twice dragged into a war against their close neighbor (Germany), from which distant allies (Great Britain and the United States) each time won. To step on this rake for the third time is just stupid. It is better to be friends with our close neighbors (China, Iran and Germany), and to confront the distant ones (if these distant ones like to fight so much).

And all the “scarecrows” China wants to ask a couple of simple questions: how many wars of conquest has China led in the last 50 years? And the USA? IMHO, who is the real aggressor in such a scenario, obviously and indisputably.

And finally, the moral aspect. Vadim Davydov between the lines invites us to join the gang of robbers in order to rob the weak. Otherwise, he threatens to rob us already. I will explain to him in his own language. The convicts sometimes take on the case of "pristyazhny" or "fake" suckers, which they then sacrifice, substitute, make extreme or just kill. Ask about why in Siberia they took a “hog” with them to escape. That is why smart people "do not drink with thieves."

Total: Vadim Davydov invites us to be friends with the West. We already have a long history of such a "friendship." Several centuries. And always in Russia there are Westophiles who ditch their culture, speak French, admire everything western (Pan Chechel has everything English). And then there is a session of "friendship", as in 1242, 1605, 1709, 1812, 1945. And for a while, the Westphiles shut up. To then start your song again ...