How Germany and the USSR planned to attack India 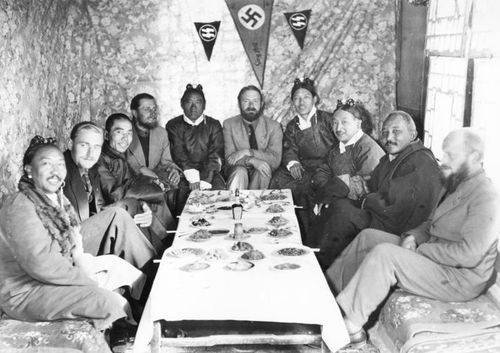 In 1939-40, the ministries of foreign affairs of the USSR and Germany were actively discussing a plan for a joint operation - raising an uprising in Afghanistan and Tibet against the British colonialists in India. But by the summer of 1940, both sides had cooled towards this idea, fearing opposition from the British.


The main ideologue of the rapprochement of Germany and the USSR on the "Eastern Question" was Ernst Schaefer, a high-ranking SS official and an activist of the occult order "Ahnenerbe". It was he who, from 1936, developed the famous SS expedition to Tibet, which was eventually carried out in 1938-39. Officially, it was devoted to the search for the “ancestral home of the Aryans,” but unofficially, the Germans studied the potential area of ​​hostilities.

At the end of September 1939, when Schaefer was formally in the SS Leybshtandart preparatory camp in Prague, Foreign Minister Ribbentrop held a meeting. It discussed the upcoming military operations in Afghanistan and Tibet, as well as the need for their coordination with the Soviet side. In addition to the minister, Fritz Grobba, curator of the eastern sector of the Ministry of Foreign Affairs, Werner Otto von Genting and Ernst Schäfer, took part in the conversation. First, the "Afghan version" was discussed. It was assumed that the government of Afghanistan should oppose England. It was necessary to negotiate this in Moscow, since the USSR was the greatest friend of this Central Asian country. 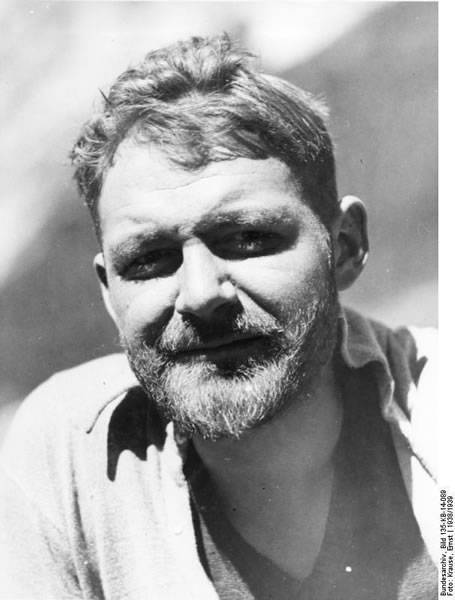 November 3 Schaefer with a detailed plan meets Heinrich Himmler. During their conversation, the date of a possible performance in Asia is called Summer of the Year 1940.

From November-December 1939, the Soviet side began to actively support all German initiatives in Asia. Conversations on this topic were at the highest level. As a rule, they were discussed by the German ambassador to the USSR, Friedrich Schulenburg, and the Soviet head of the NKID, Vyacheslav Molotov. The USSR actively bargained with Germany - in compensation for loyalty in the Asian campaign, he demanded substantial military technical assistance.

The operation had an unexpected obstacle in Germany - in the face of the ideologist of national socialism Alfred Rosenberg, a fierce Russophobe and at the same time an Anglophil. Ribbentrop, by contrast, was a Russophile and hated the British since his work as ambassador to England. Despite active opposition from Rosenberg, Ribbentrop continued to negotiate with the USSR. He commissioned this line to the State Secretary of the Ministry of Foreign Affairs Theodor Habiht. 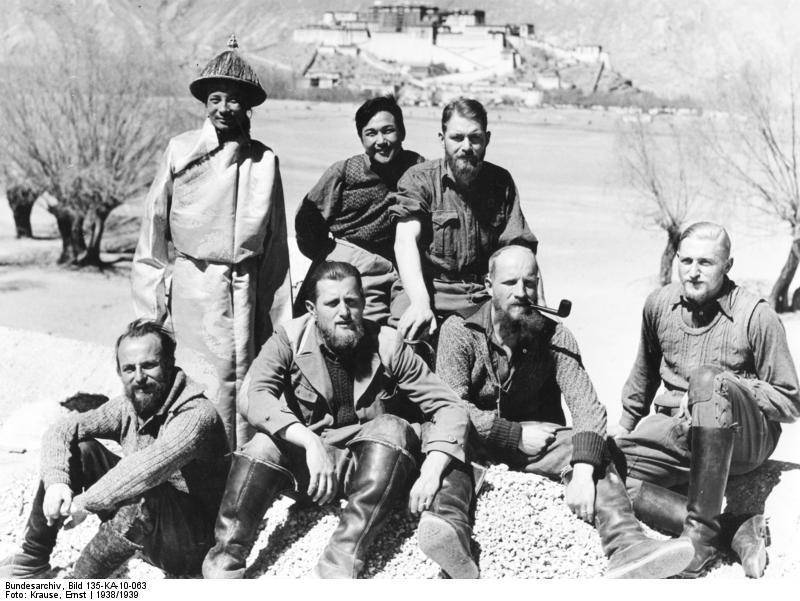 In December, 1939, the ideologist of the Russian-German rapprochement, Peter Kleist agreed to start negotiations in Moscow. Kleist, Genteg and Habicht were supposed to take part in them. Ernst Schaefer and Afghan Foreign Minister Ghulam Sittik Khan were also to attend. Again, the German Foreign Ministry was forced to hold defenses against Alfred Rosenberg and Friedrich Grobbe. In particular, Rosenberg proposed to overthrow the current government in Afghanistan - it seemed to him too pro-Soviet, and to bet on the pro-German opposition. He feared that in the implementation of Ribbentrop's plan, the USSR would have played too large a role in operations in Asia.

While this conflict flared up between the two German departments, Kleist negotiated with Molotov in Moscow. 29 November 1939 of the year Habiht formulated a memorandum. The USSR was supposed to give permission to transport through its territory weapon and army units. 1 and 7 December 1939, Moscow, discussed the prospects for two simultaneous operations (Afghan and Tibetan).

December 18 Kleist meets with Molotov. On their conversation with Molotov, Ambassador Schulenburg reported to Berlin:

“The information I provided was discussed in detail with Molotov. Molotov agreed to support these plans in the event that more accurate information was provided on the principles of the implementation of the actions, as well as on their methods. I propose to return to Berlin and develop the documents requested by Molotov. ” 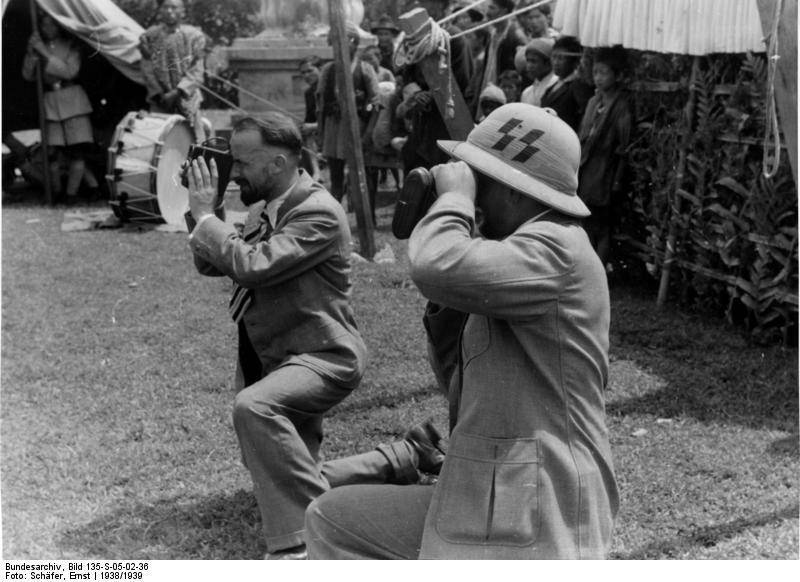 The diplomatic unification of two different operations — Tibetan and Afghan — was aimed at undermining the colonial might of England in Asia. They went in a “package”, and it was important that the USSR approved both operations. 20 December 1939, Rosenberg meets with Hitler and reports to him on the progress of the preparation of Asian operations. Rosenberg warns Hitler: these actions will deprive Germany of any chance of success in possible negotiations with England. The Nazi ideologue saw the main goal in the destruction of "Jewish Bolshevism" without engaging England in it.

The Ribbentrop Office, as well as the SS, prepared a plan for Asian operations. Schaefer wrote that the advanced political detachment of the Germans was supposed to be an 200 man (mostly SS people). It was supposed to work against the English colonial authorities "in the style of Lawrence of Arabia," ie with the hands of the tribes surrounding India. The Tibetan authorities also had to provoke the Chinese and Nepalese against the British in the provinces of North Sikkam, Yunnan, Setchuan and Kansu. To do this, it was necessary to transfer the German expedition also across the Soviet territory through Beijing and Lanzhou (it was necessary to enlist the support of the Japanese authorities). The operation was supposed to cost 2-3 million Reichsmarks. The USSR was required to support the monetary and technically Afghan side. 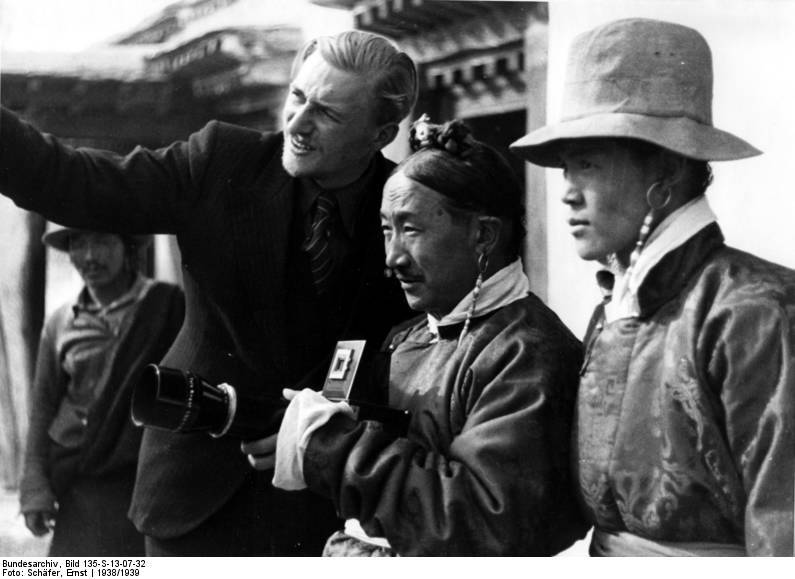 In February and March 1940, Kleist again holds several meetings with Molotov. The Soviet side unequivocally expressed support for the Tibetan expedition led by Schaefer. About the second part of the operation - the Afghan USSR continued to think. Alexandrov, the curator of the German sector in the NKID, guaranteed Kleist that the USSR would give permission for the passage of Schäfer's expedition without any problems. The Soviet side was even ready to send letters of recommendation to the Chinese authorities (both Chiang Kai-shek and Mao Dzedun, who controlled South-West China).

To Tibet for safety net (one of the paths would suddenly fail), the first path of the German expedition from SSovtsev lay through Almaty. The second is through Chinese Kashgar. Schaefer was supposed to bribe the Tibetan princes to begin speaking out against the British in Southern Tibet, Sikkim and Bhutan. Germany promised to transfer to Tibet a part of the regions of North Sikkim, which the English occupied at the beginning of the century.

Soviet participation in the Tibetan part of the invasion was not only in the transit of the Germans through its territory, but also in the provision of transport and fuel. In the event of a successful start of hostilities against the British, the Tibetans, the USSR agreed to "stimulate" the Afghans to speak. Thus, English India would fall into a fiery arc — in the west (in the area of ​​present-day Pakistan) Afghans, in the north Tibetans, in the southeast Chinese tribes. Then there would be a high probability of the beginning of an all-Indian uprising against the British. 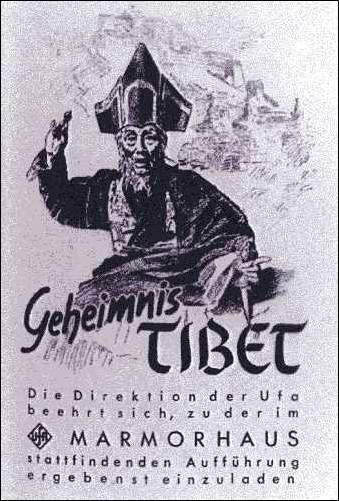 Ribbentrop, Schaefer and Kleist have now shifted the start of the operation to the May-June 1941 of the year. But in April, 1940, surrounded by Hitler, was defeated by the point of view of Alfred Rosenberg - the Asian operation is extremely harmful for Germany, it undermines the potential treaty with England and sharply strengthens the position of the USSR in Central Asia. The plan of the German Foreign Ministry was thwarted, the USSR was perplexed about such a change in the position of an ally. The last sluggish attempt to reanimate the project was made in June-July 1940, only through the Tibetan version. 10 July 1940, the Asian plan for the war of Germany against British India was finally buried.