What weapon to prefer in battle? 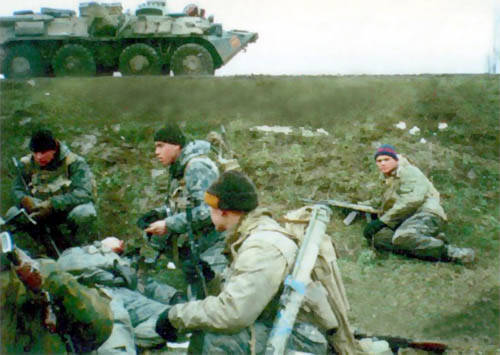 A lot of controversy is the question: how weapons it is preferable to fight and weapons of what caliber to take with you to this or that operation? I would like to immediately amend all the arguments of this kind: each type of weapon is designed to perform a particular combat mission, depending on the situation.

Based on personal observations, I can say that in the conditions of street fighting in Grozny (January – February 1995), assault units preferred the RPO “Bumblebee”. With the help of these hand-held flamethrowers, essentially shooting a volume explosion ammunition, it was very effective to “smoke out” the enemy from closed premises, from firing positions equipped in private-sector houses, from high-rise apartments and basements of the city. To suppress one enemy firing point, as a rule, one RPO was enough (targeting distance to 600 m).

When inspecting the firing points on which RPOs were used, quite often the bodies of militants who were located in neighboring rooms were found. Groups that went into military operations in the city tried to get more “Bumblebees”.

When conducting combat operations in the area of ​​Mayakovsky Street (Grozny, January 1995), the enemy’s firing points, which are found during the advancement of infantry in a seemingly liberated territory, were particularly annoying. The return fire from small-arms infantry, armed with AK-74 assault rifles (caliber 5,45 mm), did not result in firing: firing points were equipped by militants in the semi-basements of a brick residential building. After the guys from the flamethrower platoon with the RPO "Bumblebee" approached, the enemy's resistance was quickly broken.

In my opinion, the small arms of the units of the Russian Army, based mainly on AK-74 assault rifles, do not fully meet the requirements of the troops. In combat conditions, when sometimes there is no time to disassemble and clean the machine gun, AKM (caliber 7,62 mm) does not give delays or failures when firing, even if the fighter has shot 8-10 stores (240-300 cartridges) and with significant sludge, continues to be ready for battle . The AK-74 machine gun (5,45 mm) when shooting 6-7 stores gives you delays and can even refuse. AKM remains ready for battle, even after falling into water or mud, which is not the case with AK-74. In my opinion, and my comrades, AKM is more reliable and unpretentious than the AK-74. 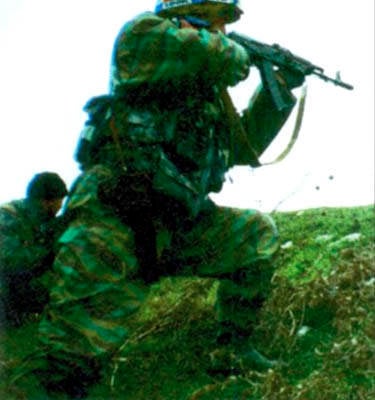 The penetration capacity of the 7,62 mm bullet is much higher than that of the 5,45-mm. In a real combat situation, it looks like this: it is difficult to hit a hidden enemy, for example, behind a stack of empty wooden boxes from AK-74. The bullets of this machine, do not pierce such a barrier. Changing the flight path in a collision with the first row of boxes, they go away. The 7,62 mm bullet from AKMa pierces almost any such obstacle, leaving no hope to the hidden enemy to stay alive.

A good example is the experiment that I conducted. From five meters I shot AK-74 at an angle of approximately 75 degrees into the screen of a domestic medium-sized TV. The first bullet ricocheted off, leaving no trace on the glass of the screen. And only the second shot the screen was broken.

The ammunition caliber 7,62 mm developed a lot of types. The main ones used by the Russian special forces against the militants in the Chechen campaign are: with a steel core; armor-piercing incendiary; with reduced bullet speed (for shooting using PBS); with tracer bullet.

With a small artisanal refinement with a file or file in the field, the bullet can be imparted with large destructive properties to affect the enemy's manpower.

In Chechnya, ammunition caliber 5,45 mm to AK-74 used only two types: with a steel core; with tracer bullet. Only in separate divisions, for example, in reconnaissance, were used 5,45 mm ammunition with a reduced bullet speed. 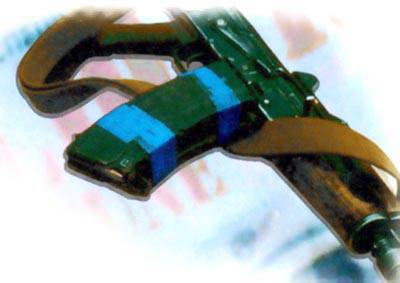 The desire to prepare for the upcoming battle, to think through everything, down to the smallest detail - the normal psychology of a fighter. However, in order to shorten the time for reloading weapons, in my opinion, mistakenly fasten the shops of the machine in pairs using adhesive tape or adhesive tape. It happened to be seen when some soldiers fastened together three or even four stores together.

On my own experience, I was convinced that the second store, which is deployed relative to the first one by 180 degrees, increases the reloading time when dirt hits, and if it gets into the machine's mechanism, delays and failures in firing can occur. When winding three or more stores, the machine becomes harder, more uncomfortable, balancing the weapon is disturbed and it becomes much more difficult to conduct aimed shooting from the hand, if not impossible. In addition, this practice over time leads to the wear of the mechanism of attachment of the store to the machine.

To increase the ammunition for a single reloading, we used the PKK stores, designed for 40 cartridges, which were at a special price.

To reduce the time of reloading the machine gun, there is only one real way so far: use unloading vests with convenient location of stores on it, in order to be able to quickly retrieve the ammunition set from any position of the fighter during firing.

The most successful option is a machine with a folding butt. The borrowed mechanism of the folding stock from the German MP-38 (MP-40) after the Second World War successfully migrated to the AKM landing assault version (AKMS) and practically did not change over time. The only innovation was a removable rubber butt plate for cushioning and a better stop for aimed shooting. Unlike AKMS stock, which retracts down under the receiver, the AKS-74 butts (AKS-74М) buttstocks are sideways and become somewhat uncomfortable. Their inconvenience lies in the fact that these machines have an additional amount of protruding parts and, consequently, the possibility of clinging to the ammunition increases, and there are few times in unusual situations. Taking into account the installation on the submachine gun grenade launcher, additional sighting systems, the issue of compactness and ergonomics of the weapon becomes very important. 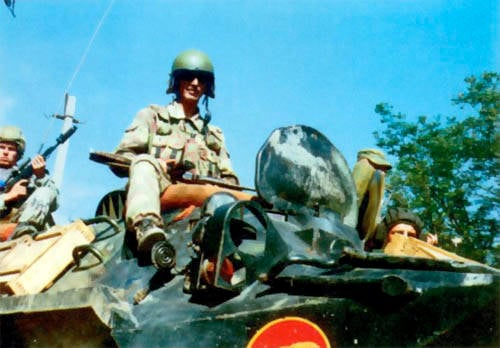