15 May 2013
34
It's no secret that the peaks of development weapons usually occur at the time of large-scale military actions and in the post-war period, in peacetime, however, most promising developments remain only prototypes. As shows история, most countries are not ready for war, even if they know in advance about its inevitability. This is due to the fact that there is no elementary or sorry money for the urgent development of promising areas in the means to destroy their own kind. But when the rooster bites, everyone starts to scratch quickly, trying to increase the efficiency of their army. As for the Second World War and handguns, first of all she “gave” us an intermediate cartridge, and later also a weapon for this ammunition, but this was after Victory, during the war the main weapon with the possibility of automatic fire, there was a submachine gun and not only here. Despite the fact that this class of weapons was already known for a very long time, many countries, up to the Second World War, did not have a good enough sample of PP that could be produced in huge batches, quickly and cheaply, while maintaining reliability and efficiency. It may sound strange now, but the USA was one of such countries. 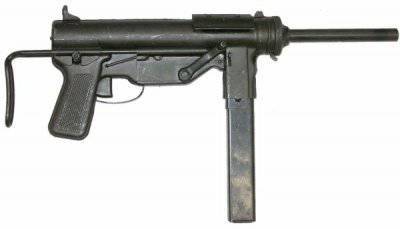 Since the active participation of the United States in World War II, it became clear that the submachine gun is an indispensable weapon, the need for which the army is very high. However, at that time there was no sample, the production of which would have been drawn by the weapons enterprises in order to fully meet the needs of the army in such weapons. And it was not about the replenishment of lost or broken weapons, but about full security. There were attempts to push through the Thompson submachine gun, but even if you close your eyes to the size and weight of the weapon, then arming the army with such a model would lead to substantial financial losses, if not to ruin the country. For this reason, it was decided to develop a new sample, cheap, simple and effective. 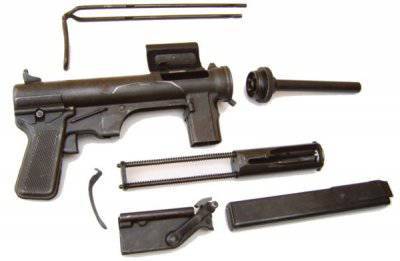 The choice fell on the submachine gun, which was developed by General Motors. This submachine gun was developed entirely on the company's own initiative without an order from the Department of Defense, it was planned to offer it to American paratroopers. Due to its small size and minimum protruding elements beyond the weapon, this sample could well become a good weapon in its original form. In addition, this submachine gun had another very interesting feature. This feature consisted in the cartridge that used the weapon. Developed a submachine gun chambered for 9x19, and this was done in order to reduce the ammunition, which carries a fighter. The bottom line was that the calculation was on the replenishment of ammunition from the reserves of the enemy. It is difficult to say it was a plus or a minus. On the one hand, it is quite reasonable to use the same ammunition as the enemy; reducing the weight of portable equipment, weapons and ammunition is always a plus for a fighter. However, in my opinion, it is somewhat presumptuous to count on a quick fight and victory. The fight may be delayed, and elementary cartridges may not be enough for the soldiers, although you can, of course, politely ask the enemy to share ammunition, but for some reason it seems to me that such a request will not be successful.

Apparently it was for this reason that it was decided to modify the weapon a little, namely, to adapt it for the .45ACP cartridges. In general, this decision was very hasty. It is clear that at that time this ammunition was more common, however, if they left 9х19, but already without counting on the enemy’s ammunition, the weapon would be much more effective. The heavy slow bullet .45ASP had not the best trajectory of movement, which complicated the use of a submachine gun at maximum distances, and even reduced the maximum distance for using a submachine gun. Although, on the other hand, it is difficult to argue with the fact that hitting the bullet cartridge .45ASP more effectively. In general, the 9x19 for a submachine gun seems to me more suitable. Subsequently, submachine guns were able to supply 9x19 cartridges when replacing individual parts.

This type of weapon was adopted by the US Army under the designation М3, which is very strange, because under this designation it just didn’t have been accepted into service. After the weapon was run in military operations, it was decided to improve it a little. Namely, replace the sights with fixed, designed to fire at a distance of 100 meters, and also add a flame arrester. After these improvements, the sample received the designation M3A1.

By itself, the submachine gun is a fairly simple sample in production, despite the apparent complexity of the design. Virtually all parts of the weapon are made by stamping, so that the production of this submachine gun cost just 22 dollars and cents, compared with the Thompson submachine gun, the savings were obvious. The basis for the submachine gun was the free shutter of the weapon. The fire is conducted from an open shutter, which is not the best way affects the accuracy of the first shot. The trigger mechanism of the weapon does not allow firing by single shots, it is possible to conduct only automatic fire. In general, the sample is the simplest, if you do not take into account several interesting details, the use of which in the design of the weapon is quite controversial.

First of all, the absence of a handle for cocking the bolt catches the eye. The arming of the shutter of the weapon is carried out using a separate mechanism, the handle of which is located between the safety bracket and the weapon store. By pulling the handle on itself, the shutter can be cocked, but the handle itself will return to its place under the action of the return spring and will remain motionless when fired. On the one hand, the desire of designers to make the sample as closed as possible, protected from dust and sand is understandable, but this design complication had its drawbacks and primarily affected the reliability of the submachine gun. Proved the infidelity of such a decision and the practical use of a submachine gun. Subsequently, it was decided to completely abandon the cocking mechanism, and the cocking would still be quite original. In order to cock the shutter, it was necessary to pull the bolt back to its extreme rear position through an enlarged window to eject the spent cartridges with your finger. In order to protect the submachine gun from the negative effects of dust and sand, the window for ejection of spent cartridges is covered with a lid. This cover was also a weapon safety device, since it had a welded plate that prevented the movement of the bolt forward. Thus, for firing, it was necessary to open the lid that covers the window for ejection of spent cartridges. The weapon had some more interesting decisions, but more reasonable. The right shaft of the retractable butt could be used as a ramrod of a weapon, a small oiler was placed in the handle of the submachine gun, and so on. In general, really good ideas were combined into weapons with those that cannot be found in self-made samples. 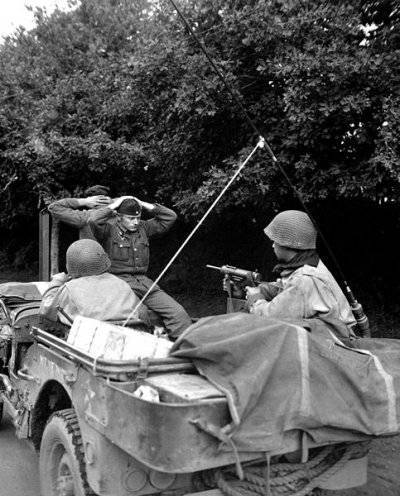 Despite this, the weapon was quite popular and common even after the end of the war. The submachine gun even got its own name "Grease gun". The origin of this name is due to two reasons. Firstly, the weapon required quite frequent lubrication for its trouble-free operation, and secondly, the appearance of the weapon was very similar to grease nipples.

Despite some strange decisions in arms, in service with the US Army, this submachine gun stood 50 for years until 1992. I managed to take part in many military conflicts, in almost all where you could see the United States. Over the 50 years, according to official data, more than 600 thousands of units of submachine guns were created, which can be safely multiplied by 2, since the underground factories were very quickly mastered the production of weapons.

The weapon is alive and is now actively used by the Philippines Marine Corps, and is used since the 2005 of the year, of course, not in its original form. If we talk about earlier versions, it is impossible not to mention the silent sample that appeared in 1944 year, Chinese unlicensed copies Type 36 and Type 37 for cartridges .45ACP and 9х19, respectively. Type 50 from Taiwan, R.M.1 and R.A.2 from Argentina and so on. Despite the fact that the weapon was very far from ideal, it was widely spread, although I personally did not understand what they found in this submachine gun. Needless to say, this particular submachine gun is the permanent film actor of absolutely all US-made films about the Second World War and is associated with it, like our PCA. By the way, our cinema didn’t mark this weapon in the film “The Dawns Are Quiet Here”, however, the Germans are armed with M3, and almost a year earlier than the M3 was adopted by the US Army.

The sample weight M3 was equal to 3,63 kilogram, after upgrading 3,47 kilogram. The length of the weapon was 570 millimeters with a folded butt and 745 millimeters with a butt laid out. Ate a submachine gun from detachable box magazines with a capacity of 30 cartridges. The rate of fire, thanks to the heavy shutter, was 450 shots per minute. The sample showed the greatest efficiency at a distance of 50 meters using .45ACP and 90 meters cartridges when using 9х19.

Ctrl Enter
Noticed a mistake Highlight text and press. Ctrl + Enter
We are
Guns 12 caliber with the possibility of automatic fireVictory weapons. "Degtyar Infantry" - machine gun DP 85 years
34 comments
Information
Dear reader, to leave comments on the publication, you must to register.