On citizenship and not only

13 May 2013
18
Daily news optimism is not added. The state of industry, medicine, education, culture, can not be called beautiful. The state governance system is inherent: cronyism, corruption, unwillingness to take responsibility for decision-making. Budget funds are spent inefficiently, without bringing benefits to people and the country. But blaming the power for all sins is not entirely correct. Our society is also not perfect. Drunkenness, drug addiction, crime - this is an incomplete list of problems. Is it possible for the citizens of Russia to change the situation in the country for the better? What is the unifying force able to influence the state of affairs? 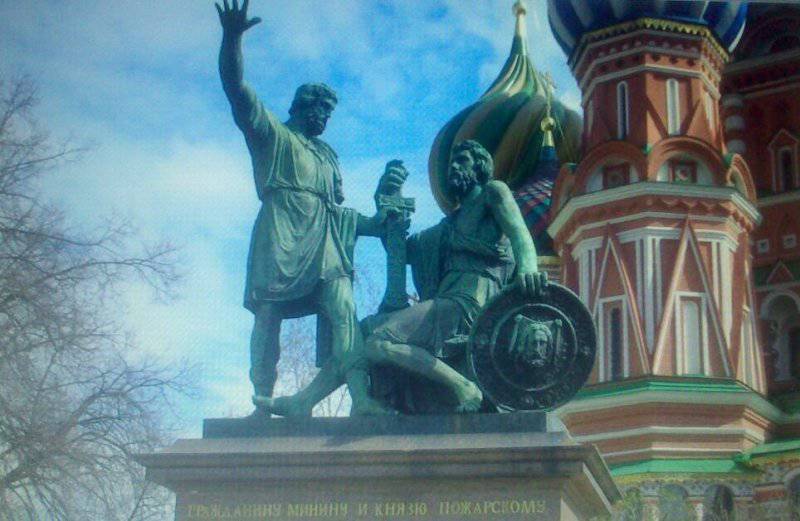 Russia is multi-confessional, with a different lifestyle, diverse culture. The only thing that unites us is the country and citizenship. But do we value this title? Is a person calling to unrest, stealing from children and old people, betraying his homeland worthy of being a citizen of a great country? And who better than the citizens themselves will be able to determine whether a person is worthy of this title or not?

The proposal is as follows. Introduce the concept- Russian citizen! One title is given at birth and written with a small letter, a citizen of Russia. The second conscience and is written with a capital letter, a citizen of Russia. What are the differences between these concepts? A Russian citizen by birth has certain rights and obligations enshrined in the country's constitution.

Now there is no difference between a person making a feasible contribution to the development of Russia and a person, let's say softer, indifferent to the fate of his homeland. They have the same social guarantees, they have equal rights. Is it possible to put a person in a certain framework of behavior that would allow him to live honestly, in harmony with his conscience?

What qualities should a person have in order to correspond to the title - Citizen of Russia? Do not break the law, pay taxes, respect your country and people living in it. The overwhelming majority of the country still lives. What other difference should there be between a citizen by birth and a citizen by conscience? A citizen of conscience, as making the greatest contribution to the development of Russia, owes part of the national wealth.

What is the wealth of the country? One liter of drinking water costs 5-10 rubles. Lake Baikal may well be the provision of our currency. In addition to water, forests, agricultural land, our country is rich in mineral resources. All this is a component of natural capital. Russia helps its citizens, and people work for the good of the country.

A bank account is opened in the name of each Citizen. A strictly fixed amount of money is transferred to this account. All citizens have equal amounts. This money is inviolable. But the interest from this amount, which is charged after a certain period of time, can be spent. For what purpose? Home purchase, medical services, education, possibly, payment of pensions. By adjusting the level of interest, you can stimulate the birth rate, the development of hard-to-reach areas of the North and the Far East, increasing the prestige of certain professions, and so on. Another plus
This is the exception of intermediaries. Money goes to the accounts of citizens, bypassing the army of distributors of budget funds. What is not the fight against corruption?

Most of our citizens respect their country, but are skeptical about the state system of governance. A simple example is paying taxes. Remember the tax amnesty. Did she give a tangible result? And our national currency? The confidence of citizens in the Russian ruble can be judged by the crisis moments in the economy. In a critical situation begins buying up foreign currency, gold. Over the past two decades, how many times has our money depreciated? Thus, the introduction of the Citizen-Resource Capital System will help restore confidence in the state and our
currency?

Who will determine whether a person is worthy of the title Citizen or not? At first, the title will be given automatically, but after a trial period during which a person must not violate the law, pay taxes, be a good citizen. Subsequently, it is possible to create a Board of Citizens, which will determine whether a person is worthy to carry this high rank and apply for resource capital. In turn, the majority of citizens should take turns.

Thus, there will be an involvement of the majority of the population in the public life of the country. Such a public organization has the right to withdraw the Citizenship and freeze the bank account of any person in the state, regardless of the positions and titles, if it considers the circumstances serious. Perhaps it will be a real civil society, where everyone is equal before the law.

But no one is immune from mistakes in life. The person who has lost the title of Citizen, remains a Russian, with the rights and obligations guaranteed by the country's constitution. And it depends only on him, he will return his citizenship through a probationary period, during which he has no right to work in the public service.

This is not a call to love your country for money. But agree that the resources of the country should work for its citizens. What tremendous opportunities are opening up for Russia. I want to believe that our country and people will live with dignity, as befits Great Russia and its great people !!!

Ctrl Enter
Noticed a mistake Highlight text and press. Ctrl + Enter
We are
Konstantin Syroezhkin: Transformation of China into a global power - while the mythVladimir Putin: Democracy and the quality of the state
18 comments
Information
Dear reader, to leave comments on the publication, you must to register.