Two Russian generals. On the choice of P.N. Krasnova and A.I. Denikin during the war 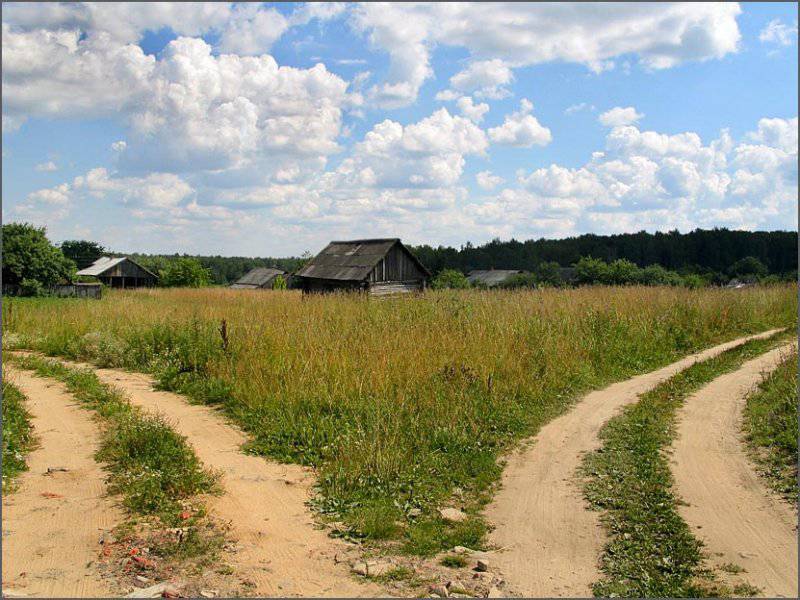 
The overwhelming majority of my relatives, friends, and acquaintances, like myself, considered the Yeltsin power to be criminal and destructive for Russia. We said with pain in our hearts that Russia is now in trouble, that the patriots are barred from making decisions, that the gangsters and oligarchs are plundering what they once built more than one generation of Soviet people. But with all the hatred of power, none of us could have had a spew like “rashki” or “erefii”. Looking at today's events, I wondered: how do these people really relate to their country? Whose side will they take, will the war happen tomorrow? And I remembered история about two White Guard generals.

Once upon a time there were two Russian generals, Anton Ivanovich Denikin and Peter Nikolaevich Krasnov. Served as feats of arms of Russia, but they took care of honor. And so the Bolsheviks came to power. Fiercely the generals hated them and fought them for life and death. They fought, but lost. But neither the red checker nor the bullet commissar generals did not get it. Both successfully left Russia and lived in exile.

20 years have passed. 22 June 1941 of the year they hated the Soviet Union was attacked by the most powerful army of that time.

Maybe someone could naively believe that Hitler’s plans were to liberate Russia from Bolshevism in a speedy manner, and without touching anything else, to return to their territory. But I doubt that the highly educated leaders of the White Guard movement, the color of Russian emigration, believed that Adolph started a charity at the expense of the lives of German soldiers.

They perfectly understood that this war would go to destruction, and defeat in it would mean that Russia would disappear forever from world maps.

And here the paths of the generals diverged. Anton Ivanovich was able to abstract himself from hatred and in the 1939 year, realizing what was going on, he called on emigrants not to support Germany in a possible war with the USSR. After the occupation of France, in which he lived, he firmly rejected all the proposals of the Germans for cooperation. But on the very next day after the start of the war, Pyotr Nikolayevich said his famous phrase: “I ask you to convey to all the Cossacks that this war is not against Russia, but against the communists, Jews and their minions selling Russian blood. God help the German arms and to Hitler! ”And in September, 1943, when the most naive people in the world had no doubts about the mass atrocities of the fascists, General Krasnov led his last campaign against Russia as the head of the Main Cossack Directorate of the Imperial Ministry of the East occupied territories of Germany.

Generals left this world in one year. 16 January 1947 of the year by the verdict of the Military Collegium of the USSR Supreme Court Peter Krasnov was hanged in Lefortovo prison, like a man who fought with his people. And on August 7 of the same year, General Denikin died of a heart attack at the University of Michigan hospital in Ann Arbor and was buried in the Detroit cemetery with military honors as commander-in-chief of the allied army.

Today, May 9, I would like to ask all oppositionists to ask one question: which way of the generals is closer to you? Anton Ivanovich or Peter Nikolaevich?

Ctrl Enter
Noticed a mistake Highlight text and press. Ctrl + Enter
We are
About Stalin and KhrushchevWhat you didn't want to know about England
138 comments
Information
Dear reader, to leave comments on the publication, you must to register.