Yevgeny Pozhidaev: there is no Iranian threat - there is a threat to Iran 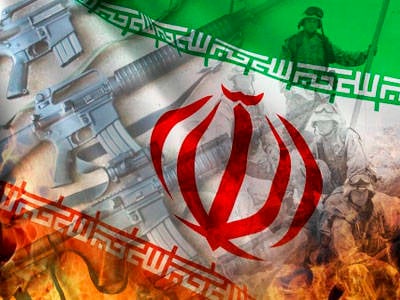 Israel launches air strikes on the territory of the allied Iran Syria. Tehran threatens Tel Aviv with a “crushing blow.” So, why does the situation around Iran and in its zone of interests remain constantly tense? According to the widespread view, Iran is a "wild backward country" headed by gloomy fanatics and threatening the civilized world from irrational considerations. Let's see what the facts look like.


The Islamic Republic of Iran (IRI) has the second largest GDP in Western Asia after Turkey, slightly yielding to it. Iranian GDP at purchasing power parity is $ 999 billion, which is about 2,5 times less than Russia, noticeably more than Poland and almost three times more than Ukraine. GDP per capita is approximately equal to Turkish and, for example, Kazakh and more than that of the poor countries of Eastern Europe, such as Bulgaria and Romania.

At the same time, the Iranian economy is not only oil. In steel production, Iran is second only to Turkey in the region, while local metallurgy is growing rapidly. Thus, from 2005 to 2010 a year, steel production in the country doubled, increasing from 10 to 20 million tons per year.

The Iranian auto industry, which is the second most important branch of the national economy after the oil and gas sector, is quite impressive - for example, 2011 thousand vehicles were produced in the country in 848. This is more than double that in Italy, and significantly more than in Turkey (576 thousand). Iranian cars were quite actively exported, including in the Russian market. However, in the 2012-m industry experienced a crisis and a sharp decline in production.

The Iranian civil aviation industry independently produces and develops light aircraft and is capable of producing up to 13 "full-fledged" cargo aircraft (licensed An-140). The military man provides the repair of the aircraft in service and produces his own fighter jets and unmanned aerial vehicles. So far, its capabilities are limited by cloning old American technology: the Azarakhsh ("Lightning") and Saeqeh ("Thunder") fighters are a copy and a modified copy of the American F-5 "Tiger", which began production in 1959. The Qaher-313 shown this year, which is an attempt to create a modern stealth fighter, so far, apparently, despite loud statements by the Iranian authorities, has not left the layout stage. Nevertheless, by the standards of a developing country, this is an outstanding achievement - for example, Turkey plans to begin producing its own aircraft only in the 2020.

Iranian shipbuilding is sufficiently developed to clone Soviet diesel submarines of the Kilo class and build its own small warships (the Iranians designate their class as a destroyer, but in reality this title was awarded to the "floating craft" with a displacement of only 1420 tons - less than the total American "Arly Burke"). Turkey, by comparison, is capable of building warships of the same class.

In other words, the economic potential of Iran is quite sufficient to qualify for regional leadership. At the same time, the country has good prerequisites for its further growth.

The industry of Iran is based on a very serious raw material base. In addition to oil and gas, Iran has deposits of coal, iron, manganese, titanium, copper and chrome ores. Nuclear power and nuclear programs of the country are guaranteed against surprises by its own uranium reserves.

Another Iranian asset is a fairly “advanced” population. The “mired in obscurantism” Iranian authorities in fact actively invested in science and education. Literacy of the population is close to 100%, 1,3 million students enroll in local universities annually. Research is growing faster than any other major country, including China. From 2001-th to 2010-th number of publications in world scientific journals increased from 2000 to 27510 - for comparison, in Russia in 2010-m, the figure was 36053.

In other words, economically and technologically, Iran is a serious player by regional standards now, and in the future should become even stronger. At the same time, the country has impressive opportunities to export its influence. Shiites make up 65% of the population of Iraq, 85% of Azerbaijan, 70-85% of Bahrain, 30-45% of Kuwait, 15-20% of the UAE, 10% of Qatar, 8-20% of Saudi Arabia, and a majority of Saudi Arabia, while making up a majority oil area of ​​the kingdom. In Syria, Shiites - 60%, Lebanon - 12%. Afghanistan - 30%, Pakistan - 15%, Yemen - 20%. There is no exact data regarding Turkey - the Ali-Illahi sect, which is widespread among local Kurds and Turkmen tribes, is extremely closed. However, there is an estimate of its population in 40 million, which is about 15% of the country's population. The extremely ambiguous Sufi order of Bektashi with a strong Shiite bias can be found even in the Balkans - for example, in Albania it is a traditional religion for about 20% of the population. In general, Shiite communities are scattered around the world, while a small relative percentage of the population sometimes hides the non-nano-size absolute number — for example, in Nigeria, Shiites have 20 million.

The political model of Iran also looks quite profitable compared to the archaic monarchies of the Gulf. Iran - although a peculiar, but democracy. Expressed discrimination of ethnic minorities does not exist. Sunnis, Jews, Zoroastrians and Christians of traditional denominations are not subjected to any systematic pressure - most of the scandals are associated with the activities of Protestant missionaries, who are reasonably regarded by Tehran as the fifth column of the West. Women held the posts of minister and vice president.

At the same time, Iran is making efforts to become a center of attraction not only for Shiites, but also for Muslims in general. Thus, in 2010, during a visit to Syria, Iranian President Mahmoud Ahmadinejad performed the Friday prayer at the Sunni mosque, noting that he did not see the difference between Sunnis and Shiites.

In other words, potentially Iran is a very real threat to the very existence of the Gulf monarchies and a regional superpower. Not surprisingly, the correspondence of the Arab elites of the Gulf with the Western allies, published by WikiLeaks, demonstrates the insistent demands to “cut off the head of the serpent” ((c) King Abdullah) and the “advertisement” of immediate war. At the same time, the virtual "Shiite confederation" (Iran, Iraq, Eastern Saudi, Bahrain, Syria, theoretically - Azerbaijan) will control a huge part of world oil production, which will turn Iran into a global player and an undoubted threat to the "Western world."

However, Iran has two fundamental weaknesses. One of Iran’s strategic vulnerabilities is the extremely diverse ethnic composition of the population. There is no exact data on the national balance in the country - the authorities consciously adhere to the principle of "ethnic" blindness. As a result, there are only very rough estimates - for example, the estimated number of Azerbaijanis in Iran varies from 11 to 30 million. The closest to reality is the Iranian ethnic composition - 51% of Persians, about 27% of Azerbaijanis, who are Azeri-speaking Türks scattered across the western part of Iran right up to its historical core - Persian / Fars (so Nissan Qashqai is named after the Turkic-speaking the semi-nomadic tribe of the Qashqais, who raised a prolonged uprising in the 1920's). The third largest minority are 14% Kurds, the remaining 8% are distributed among Arabs, Baluchi, Luria, Bakhtiar, Masenderans, Gilians, Talysh and others - all in Iran 30-40 peoples. Ethnic differences are complemented by religious - Balochi and most of the Kurds are Sunni.

The relationship between this collection of ethnic groups has never been cloudless. Iranian Turks dominated the Persians for a very long time. Ghaznavids, Seljukids, Gurids, Khorezmshahs form a continuous series of Turkmen-born dynasties between the 977 year and the Mongol conquest, then the dominance of the Turkmen continued until the 1501 year, when the Safavid dynasty came to power and the Azerbaijani era began in Iran. Up until the fall of the dynasty in 1722, they spoke exclusively Azerbaijani at the court and in the army. Azerbaijani by origin was the last "long" Iranian Qajar dynasty.

However, Reza Shah, who came to power in 1925 (came from the people of Mazandi close to the Persians), headed for the creation of a single Iranian nation. The Azerbaijani language was restricted in use, the Azerbaijanis were ousted from the elite, the Persians began to be appointed governors of Azerbaijan. As a result, opposition and separatist sentiments in Iranian Azerbaijan flourished rather than trying, for example, to take advantage of the Soviet government. As a result, the Azerbaijanis played a significant role in the overthrow of the Pahlavi dynasty and the establishment of the ayatollah regime. Now they are fairly well integrated into the political elite of Iran - in every government of 1 / 3, and sometimes half are ethnic Azerbaijanis, the great Ayatollah Ali Khamenei is Azeri. In general, South Azerbaijan is quite loyal, but ethnic clashes occasionally occur and separatist movements still exist.

In Iranian Kurdistan, the situation is more complicated - there are terrorist separatist groups that kill several dozen Iranian soldiers every year. Similar movements exist in Iranian Balochistan. Finally, Arab separatism is the most dangerous for Tehran - in Khuzestan (Arabistan) the main oil fields are concentrated. At the same time, along with standard separatism, there is often a long-standing dislike between minorities themselves - for example, between Azerbaijanis and Kurds.

This “window of vulnerabilities” is very actively used by opponents of Iran, rather actively trying to destroy the Persian mini-empire. It is also obvious that in case of obvious problems with the occupation of the entire territory of the country, the rate in the event of intervention will be made precisely on rejection of "alien" margins, first of all - Khuzestan.

Meanwhile, the second key vulnerability of the IRI makes the intervention possible - Iran militarily is actually very weak. The "well-known" data on the military potential of Iran are often radically overstated. In fact, Iran has 576 T-72, 100 T-62, 690 T-54 and T-59, 150 M60 and 100 "Chieftains" and about 100-200 tanks Zulfikar-1’s own production (a combination of the hull and chassis of the old American M48 and its own turret with a Russian-made weapon), the rest is light cars. In general, this is a more than halved Iraqi tank group since the first Gulf War, adjusted for more than twenty years of obsolescence. Some - rather conditional - value in this list is represented only by the T-72. Iran’s armored forces are in practice weaker than even the Saudi’s.

In general, Iran in the confrontation with the United States or even only the monarchies of the Gulf can only count on a mass of manpower - which in modern conditions is equivalent to defeat. In general, the Iranian threat does not exist now - there is a threat to Iran.

At the same time, Iran’s military weakness is “conserved” by sanctions that prevent the country from buying modern weapons. Consequently, they should find a reason. In turn, Iran can only rely on a nuclear missile program and frightening rhetoric, demonstrating a willingness to fight to the end and cause unacceptable damage. As long as this situation persists, tensions around Iran will be eternal.

Ctrl Enter
Noticed a mistake Highlight text and press. Ctrl + Enter
We are
Evgeny Pozhidaev: Russia and the unlucky backyards of the European Union: the myths of the evroshlyakh fansIranian geography
67 comments
Information
Dear reader, to leave comments on the publication, you must to register.