S. Chernyakhovsky: “Medvedev’s main goal is to cause as much harm to the country as possible” 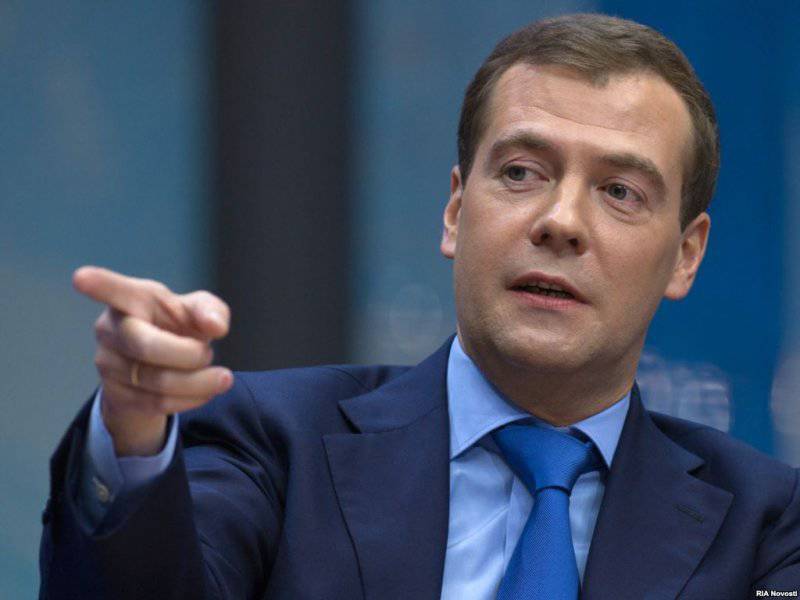 His position is based on a deep contempt for society.

Medvedev, in response to criticism from the deputies of the most odious members of his cabinet, said that “the minister is not the ruble, in order to please everyone,” and in fact he voiced a bright but very controversial thesis: “A popular minister is a bad minister.”

The idea of ​​evaluating the work of members of the government is just so funny in itself. In general, ministers are appointed to do something useful for the branches entrusted to their cares and to solve their problems. If the minister benefits the industry, he will be popular in the industry. If he benefits society, he will be popular in society. Of course, a situation is possible when the minister is unpopular in the industry and popular in society (although if subordinates dislike the head, they will work in such a way that they will not be loved in society either).

The position of Medvedev, to put it mildly, is kind of strange: if society is angry with the minister, then he doesn’t see any trouble in that. For him the main thing is that the minister would like him and his friends. The extravagance of this position is based, on the one hand, on deep contempt for the people and society, on the other - on the misunderstanding that the protection of an unpopular minister makes you and your government unpopular. Although if we assume that unpopularity is evidence of usefulness, the minister, who reduces your popularity, thereby increases your usefulness. After all, if you follow Medvedev's logic to the end, it turns out that since a popular minister is a bad minister, then a popular prime minister is a bad prime minister, and a popular government is a bad government.

This, again, the logic of Dmitry Medvedev. According to this logic, the more harm he and his government bring, the better they work. That is, the main thing, in his opinion, what it should do is to strive to bring the country as much harm as possible. And, judging by the results, his office solves this problem quite successfully.

And Medvedev's position as it can be understood, judging by his speech to the deputies, is that the government and the ministers should be out of the control of society, and only he and his friends have the right to evaluate their activities.

But, generally speaking, the same Putin who appointed and has not yet sent the prime minister, during the direct line, formulated a different format for evaluating the activities of the government and ministers, saying that he would judge them on the basis of three factors: the attitude of society towards them, the execution of it May decrees and - especially - the fulfillment of social obligations.

That the government is practically unable to cope with the implementation of decrees is obvious. What more than peculiarly fulfills social obligations is also obvious. For example, “in pursuance of decrees”, it requires higher education institutions to increase teachers' salaries without allocating the necessary funds for this, and in parallel with this makes it increase the burden on teachers and initiates their mass layoffs.

By the way, the “monitoring of universities” scandal, which was carried out on the basis of all the indicators that were laughing and revolted, and the list of “inefficient universities” that were compiled on its basis was formally made in accordance with the presidential instructions contained in those same decrees. But it was executed in such a way that it completely discredited the idea embedded in them.

Yes, formally there is an increase in pensions, which the government reports, but at the same time, according to the structures of the Ministry of Labor and social security systems, there is an unspoken order to remove disability groups from as many disabled people as possible to save on pensions and preferential provision for this category. There are cases when by the end of 2012 the salary in social spheres rose in order to report on the execution of the presidential instructions, but since spring it has been reduced below the previous level, because the government has not allocated money to maintain it at a new, increased level.

This all concerns those presidential instructions for which the government reports as if they were executed. But almost two thirds of these instructions were not fulfilled at all! Medvedev’s ministers in fact act in part as saboteurs of decrees, and in part as conscious pests.

But then you still need to make decisions to the president. And if, as he said in the course of the dialogue with citizens, “it is necessary that all leaders of any rank — both in presidential structures and in the government — feel and understand that ordinary citizens closely follow the results of our work and give their assessments. It’s necessary to focus on the opinion of citizens ”, then it means you need to focus on the opinion of citizens. And for citizens, to express and demonstrate it more actively.

So let's fix it: Medvedev believes that the ministers should not like the citizens, but his friends, while Putin says that you need to focus on the opinions of the citizens. In essence, he calls for putting the government under civilian control, under the control of society. So you need to put it under this control. So, it is necessary to find forms, methods and structures that can force the ministers to fulfill the will of the citizens, either by suppressing their unwillingness to do this, or by achieving their elimination from the government in ways that will be quite effective for this.

Among people who consider it necessary and possible to impose changes on society, which society does not want, there is a firm belief that unpopular decisions are an achievement. It is based on the unshakable confidence in their own wisdom and rightness, as well as the stupidity of all others, on the burning desire to drive everyone with an iron hand, not even in “happiness”, but in “efficiency”. Although at the same time, the criterion of this effectiveness remains not fully clarified. What seems to be an effective “reformer” from the point of view of a more or less beautiful scheme invented by him, in fact, it often turns out to be stupidity and evil from the point of view of real life and the needs of the industry that he is reforming.

There is a situation when for the realization of what is really needed, the leader uses tough and even cruel measures, goes to the target by those bones. who becomes the material for his historical creativity. And then the question arises about the relationship between price and result, and this dispute can go on for centuries. But the result somehow remains indisputable, even if the price turns out to be controversial. And such a leader is usually more popular than cursed. Moreover, for the most part it is cursed by the elites and glorified by the masses.

Ctrl Enter
Noticed a mistake Highlight text and press. Ctrl + Enter
We are
About Stalin and KhrushchevWhat you didn't want to know about England
294 comments
Information
Dear reader, to leave comments on the publication, you must to register.