Why did Kazakhstan set up a military "defile"?

The first combat parade, which took place on May 7 in Otar, caused a storm of delight only among the uninitiated. Professionals, on the other hand, took this event with a great deal of skepticism, believing that such a show very much resembled the wrong side of a fashion show, when the outfit from the nominal couturier, embroidered with rhinestones, often covers the torn model’s underpants.

As reported, more than seven thousand military personnel, more than 400 units of military equipment, more than 80 airplanes and helicopters took part in the military parade, personnel proficiency and new models of equipment used by domestic aircraft were demonstrated. And, of course, already by tradition, we were “ahead of the rest.” At least, as Vice-Minister of Defense Saken Zhasuzakov stated, Kazakhstan was the first among the CIS countries to hold a similar parade. So I want to exclaim: who would doubt!

True, high-ranking officials from the ministry move away from answering the question of what dictated such agility and desire to distinguish themselves. Why now we need such large demonstrative maneuvers? Fuel to the fire poured President of the Kazakhstan Union of Veterans of Local Wars and Military Conflicts “Combat Brotherhood” Sergey Pashevichwhich, at the beginning of the week, literally stated the following: “I have a question: who will see this parade and how much money has been spent on its organization and holding? Wouldn't it have been easier with this money to buy apartments for officers and retirees? Then the youth would have a desire to go into the army and feel socially protected. ”

The question posed by Sergey Pashevich seemed sensible to us, and we addressed it to those who at one time held high and responsible posts in the Ministry of Defense system. They did not share the “righteous wrath” of the leader of the “Martial Brotherhood”, but they also didn’t shout the triple “hurray”.

The colonel, who asked not to refer to him, called the parade “an ordinary event,” actually making it clear that this was “a personal affair of the Supreme Commander”:

- The question of the development of the Armed Forces should be looked at systematically. And if you look systematically, it is obvious that the Kazakh army needs reform. They put some general or not, a military parade went on or not - these are just particulars. But no one wants to look systematically because the army is under the pressure of stagnant, corrupt forces. As for the parade, well, the president wanted - he conducted; God bless him, that's his right. Whether we need such a parade or not needed is another matter. Pashevich is probably partly right when he says that it would be better for the money spent on the parade, the ministry bought apartments for military personnel or new military equipment. But, on the other hand, from my own experience I will say that such events discipline personnel and inspire.

Dot the i we asked Major General of the Reserve Makhmut Telegusov, Deputy Chairman of the Republican Public Association “Council of Generals”, former Deputy Commander of the Airmobile Forces.

- The armed forces must perform two main tasks. The first is strategic deterrence: this concept partly includes a demonstration of the power of the Kazakh army, its morale, and the state of military equipment. All this in a complex restrains other states from any imprudent steps towards Kazakhstan. The second task facing the Armed Forces is to protect the independence and territorial integrity of Kazakhstan. And these tasks our army performs.

- But why do it so demonstratively? Does Kazakhstan face specific military threats today? Do we want to scare someone away or are we just throwing money away?

- So you can not argue. Yes, the costs of organizing such an event, I do not even doubt, are large. I remember that even under Minister Akhmetov, before conducting one of the teachings, he was informed that it would cost 13 billion tenge. He did not believe and instructed one of the generals to “recount”. After a kind of audit, a different, reasonable figure appeared - 3 billion. I worked in the Accounts Committee and I can say that no commission will ever determine how much money has been written off during this or that exercise. But money is not everything. We must prepare today's army for the war of the future. We will be late for today's war if we prepare like that. We must constantly study, analyze, predict. Our army at any time should be ready for any threats. Yes, the cost of the parade will not bring much benefit to the state. But the parade is a kind of report by the leadership, my colleagues before the people, to show that we are, we are working, ready to fulfill any task set before us. And I think that at 99,9 percent the officer corps is capable of that. Of course, it is easier to do this in the presence of modern technology, more difficult - in its absence. But the moral and fighting spirit is not the last value.

“So the question arises: does our army have anything to be proud of except for morale and readiness to perform tasks?”

- As for the state of the Armed Forces directly, it is openly written about this in the press and is not a secret to foreign military attaches and specialists. And what the military officials are often proud of, in fact, is not a source of pride. For example, during the combat parade, a demonstration of the C125 “new” anti-aircraft missile system was announced. As they say, it would be funny if it were not so sad. And there is something to be sad about. In Russia, this installation was decommissioned three years ago. So draw conclusions.

Of course, we love our army, the people expect it to be strong, and it is impossible to look at what is happening in the Armed Forces indifferently. Yes, the parade will give some kind of hardening, training, but no more than that, because there is dragging, showing off, which, by the way, the generals have repeatedly said, believing that these shows should be stopped and the objective why should the Kazakh army be prepared, and for what conflicts. And there are three types of conflicts. The first is a conflict of low intensity, it is a fight against bandit formations, terrorists. And although today there are always loud words about new training, etc. In this direction, there is nothing new here, we have begun this work during the Batken events. The second type is medium intensity conflicts, for example, a war between states. The unstable geopolitical situation in the Central Asian region, the militarization of the Caspian Sea, water security issues, national disputes in the post-Soviet territory, new threats are all factors that can provoke hostilities. The third type is high-intensity conflicts when states fight with coalitions. From this, unfortunately, no one is insured, too, and we have already seen this in the example of Yugoslavia and other countries. Now is the time that we must be ready for any conflicts, for any challenges.

No matter what we show today, whatever parades we carry out, this is unlikely to be a revelation to anyone - everyone who wanted to know what our army is like has long been known to everyone, with the possible exception of some methods of conducting military operations. It would be another matter if during the parade new procured equipment was tested and the opinions of experts were listened to, as was done in the days of the Union when the research group was created. And so ...

“But let's go back to the technical equipment of the army ...”

- I have already raised this issue more than once, and I repeat once again that the public procurement system has finished our army. Now the scandal after the scandal flares up again, and the generals again go to jail. And all because the created system pushes them to a crime, and allows the organizers to stand aside. That is how the rearmament plan of our army was thwarted. I remember how in 2009 the then Defense Minister Danial Akhmetov competently substantiated the need to purchase ten C300 divisional anti-aircraft missile systems - strategic weapons that would protect the entire airspace of our country. But the new leadership of the ministry did not do this. Instead, some “Cobras” are being purchased from Turkey, the BTR-4 from Ukraine, the BTR-82 from Russia. But picking up weapons for ground forces without air cover, we turn ourselves into an open target, especially in contactless wars. In modern conditions, we need a strong air defense, which, unfortunately, we were not able to create, and at the beginning of the year we became part of a unified air defense system of Russia, Belarus and Kazakhstan, which to some extent made us dependent on our northern neighbor.

Now, as it seems to me, it is necessary to create a commission under the government and re-examine the military-technical policy of the state, the program of rearmament of the army, to amend the law on public procurement. It is necessary to take away the functions of public procurement from the Armed Forces, law enforcement agencies and transfer them to the government. All of this, including the activities of the Defense Ministry’s subsidiaries, should be dealt with by the government. This approach is vividly illustrated by the sad experience of Russia. Unfortunately, the Ministry of Defense itself is not interested in seeking more efficient use of state funds. 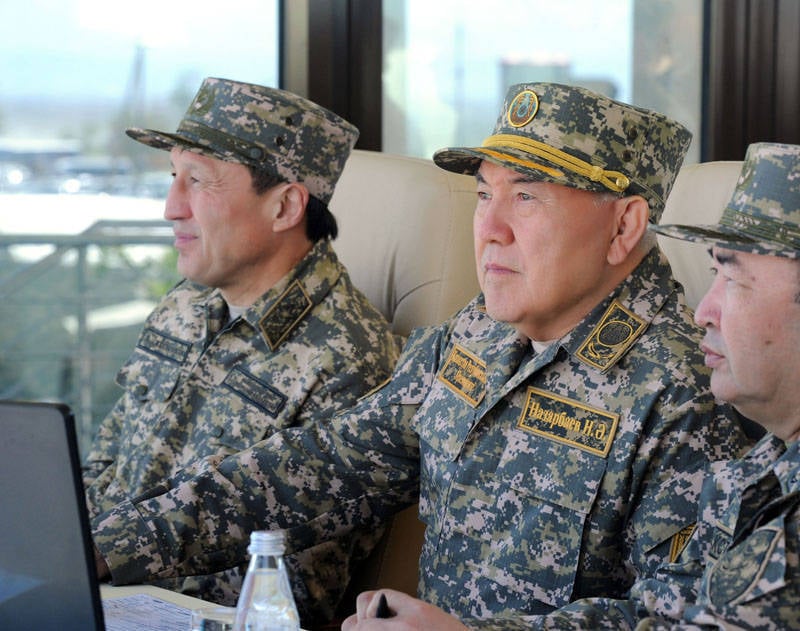 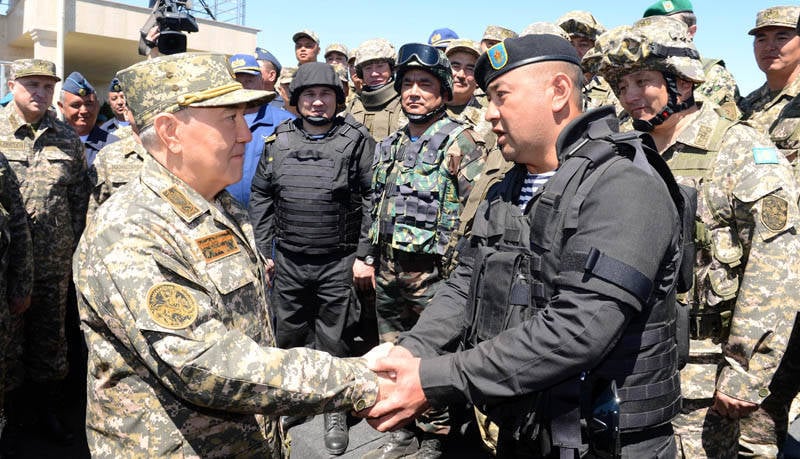 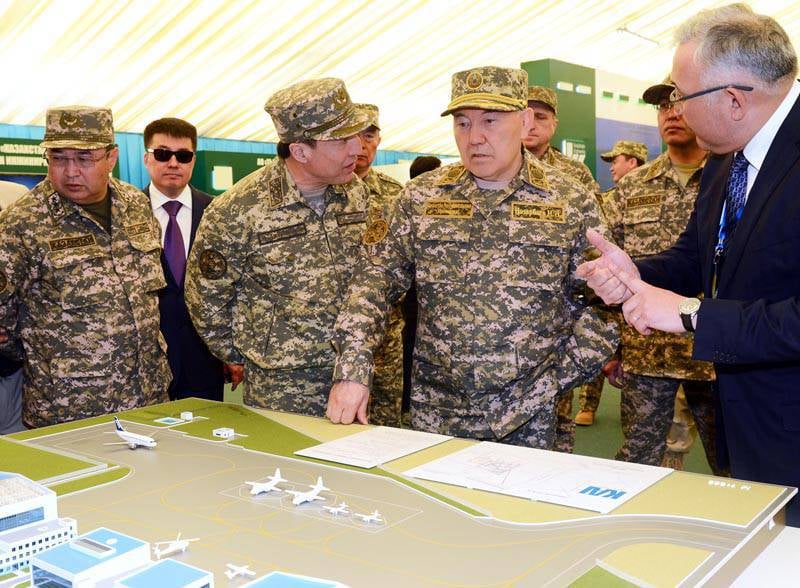 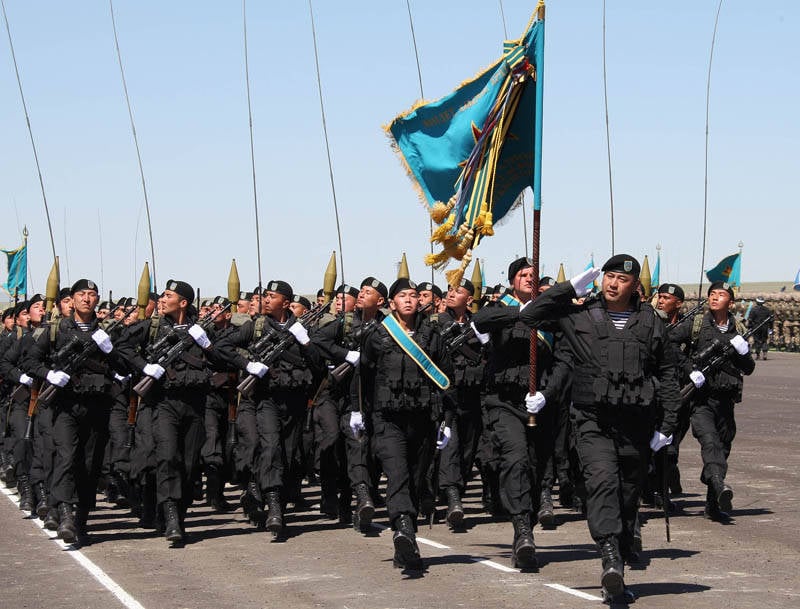 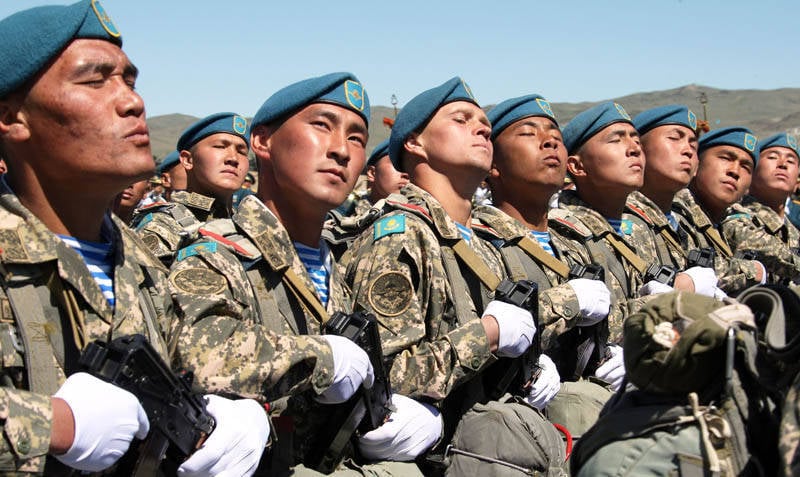 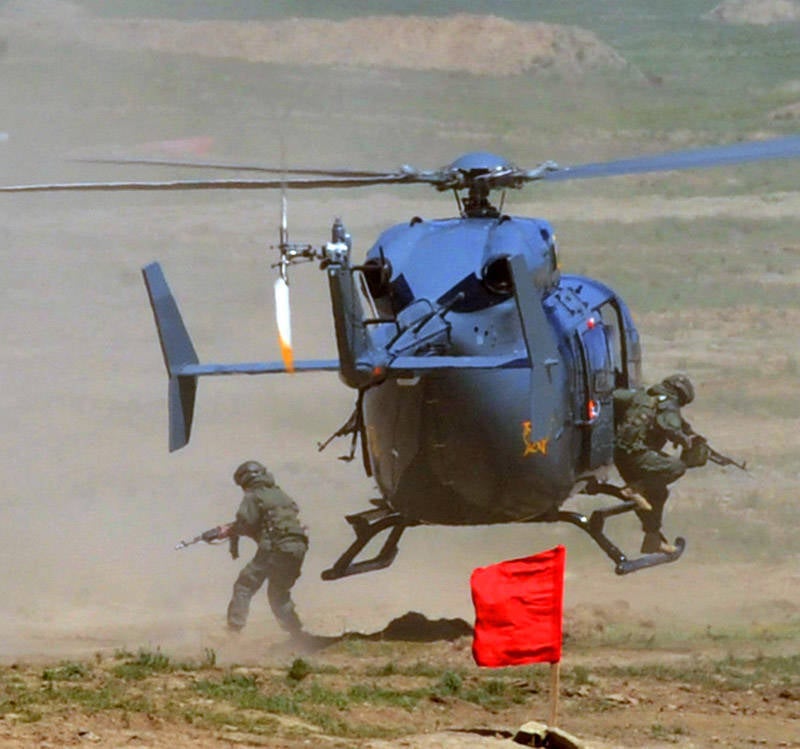 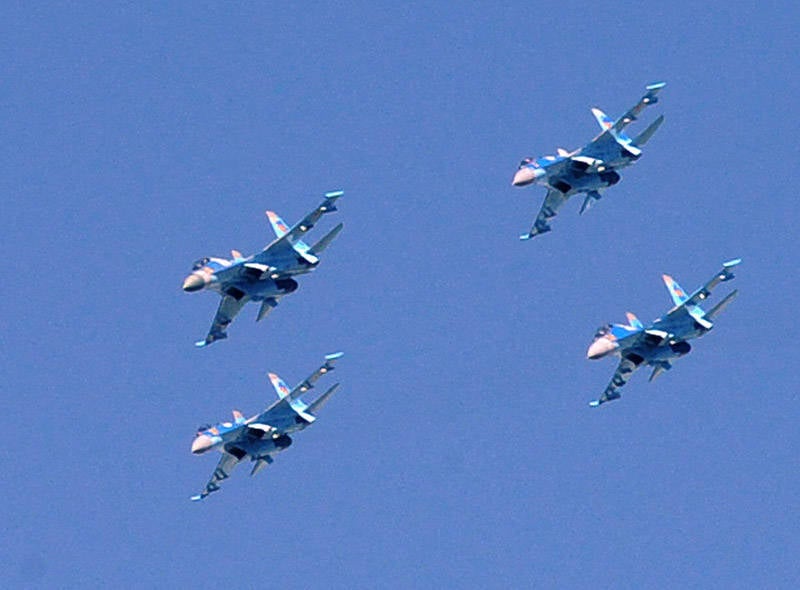 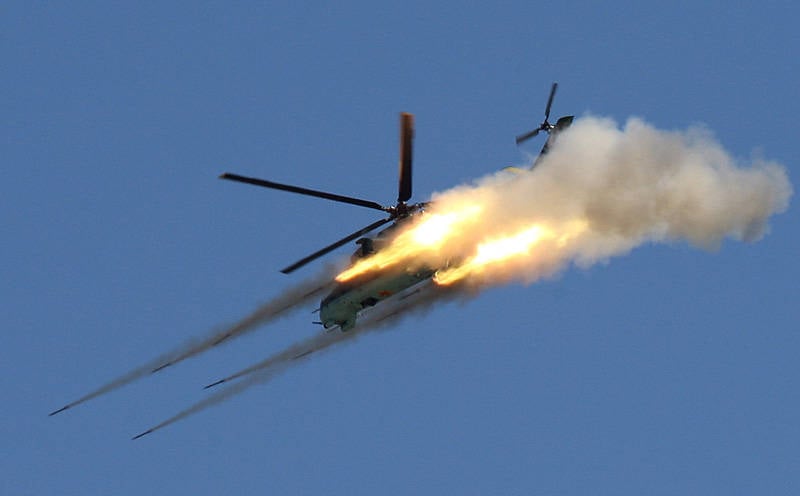 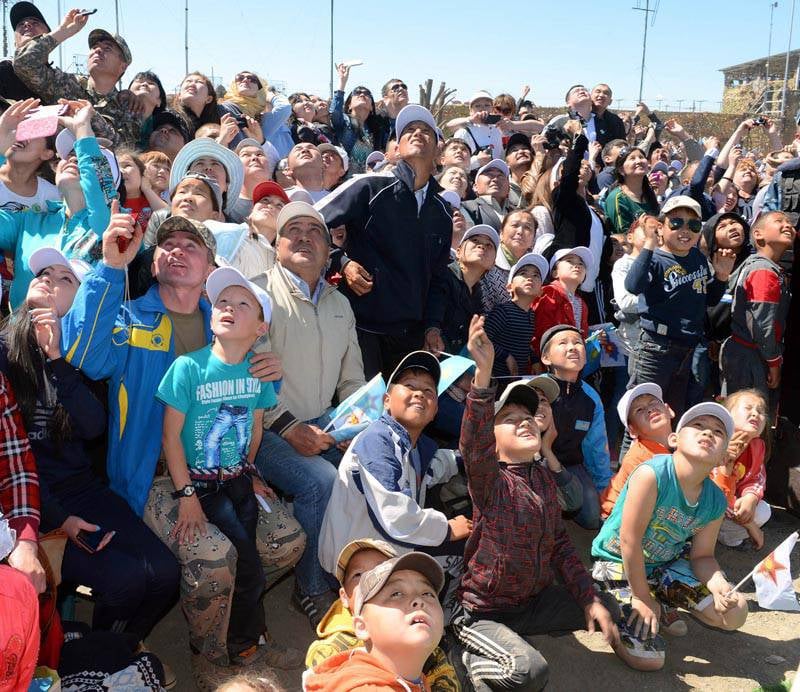 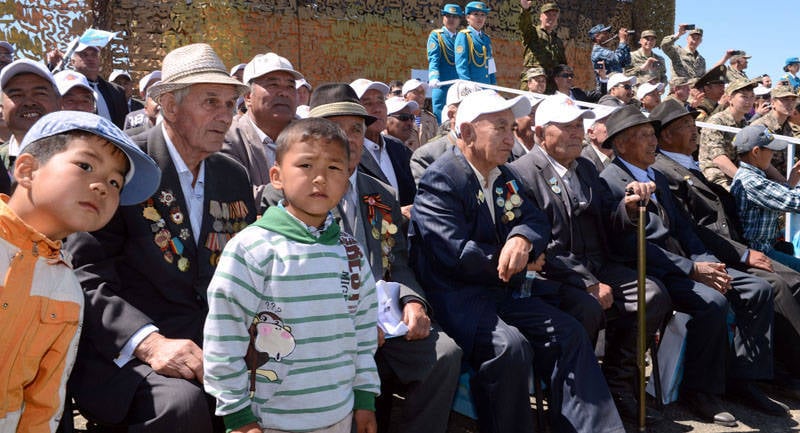 Ctrl Enter
Noticed a mistake Highlight text and press. Ctrl + Enter
We are
Volunteer and semi-private patriotic formations of Ukraine.Inglourious Basterds
64 comments
Information
Dear reader, to leave comments on the publication, you must to register.