Ukraine: where is the salvation? .. 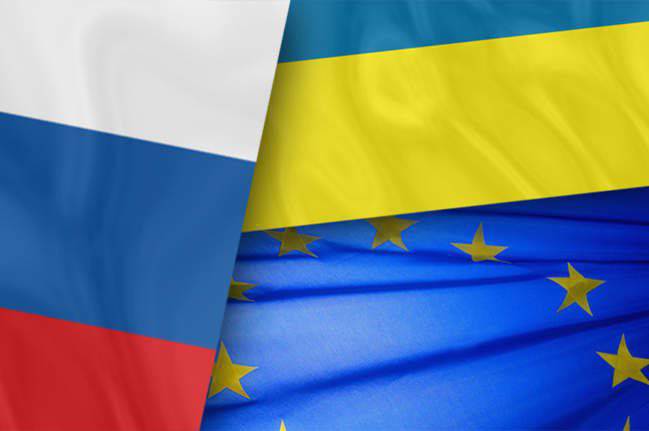 The events of recent months indicate that, after long hesitations and rushing, Ukraine has nevertheless made its choice in favor of European integration. At the end of March, the mission of the International Monetary Fund, headed by Christopher Jarvis, visited 2013 in Kiev. It was during this meeting that it was supposed to finally put an end to the new agreement, thanks to which the Ukrainian government wanted to postpone payments on foreign debt for at least a year. A debt, we recall, is substantial: 9 billion dollars, of which 6 billion must be returned to the IMF this year. In order to get a new loan, Ukraine must agree to raise prices for utilities and gas for the population, tighten the budget policy, and also release the exchange rate. Such requirements of the Fund are caused by the confidence of its specialists that an increase in tariffs by 20 percent will make it possible to free up about 0,2 percent of GDP. At the same time, it was not entirely clear how the Ukrainian authorities were going to fulfill these requirements, because as early as February of this year, the head of state V.Yanukovych stated that he did not intend to raise tariffs even against the demands of international lenders. Nevertheless, a definite agreement was reached: at the very end of the mission, the head of the international mission, K. Jarvis, stated that the parties had reached an agreement. In the course of the discussions held with representatives of the local authorities, it was possible to agree on economic policy, which the Fund is prepared to support within the framework of the Stand-By agreements. Jarvis also stated that the mission is returning to Washington for a final decision.

International lenders have given some useful advice that the Ukrainian government will have to adhere to: first of all, we are talking about reducing the current account deficit and the fiscal deficit, because only in this way can you lay the initial foundations for economic growth.

The country's debt has been increasing every year, and by the end of last year it has already reached about 60 billion dollars (and this is almost twice the amount of all gold and foreign exchange reserves accumulated in Ukraine). Experts predict that in the near future, the state’s need for external financing may amount to about 40 percent of GDP.

Once in a practically stalemate, Kiev had no choice but to reject stubbornness and more restrainedly comment on the actions and conditions of the IMF. Such a change of mood is quite predictable, because the Ukrainian government understood (or was convinced) that it would not be able to do without external assistance. And besides the IMF, help is theoretically possible only on the part of Russia, that is, in practice it will not exist, because between countries there remain unresolved extremely painful questions for the Ukrainian side regarding the cost of gas and its transit through Ukrainian territory. Moreover, Moscow agrees to give money only in exchange for the entry of Ukraine into the Customs Union, which the Ukrainian authorities avoid in every possible way.

Thus, the Ukrainian government has set priorities and has even begun to make the first cautious statements about the possibility of fulfilling the conditions set by the International Monetary Fund. In particular, recently the press reported that the authorities consider the fund’s requirements to equalize domestic gas prices to be quite fair. The same applies to the increase in utility rates. Most likely, the changes will be introduced gradually and differentially, but in any case ordinary people will suffer. It should also be noted that Kiev is still not losing hope for certain indulgences from the Fund. It is quite possible that the success of the agreements was determined by certain concessions, which international lenders made.

However, unfortunately, the uncertainty with foreign loans is not the only misfortune of Ukraine. There is also such an interesting phenomenon in the country as the Verkhovna Rada of the seventh convocation, which cannot begin to work normally, despite the fact that much time has passed since the election. Of course, no one said that it would be easy for novice deputies to work. The mere fact that the ultra-right Freedom passed to the Parliament guaranteed that normal work was not expected. The most pessimistic predictions came true: from the very first day the doors were knocked out and noses were broken. Over time, it became obvious that such a mess would become a common affair for parliamentarians.

"Svobodovtsy" united with other opposition forces, and already jointly blocked the work of the Rada. The most varied events became the reason for such radical actions: both a protest against the so-called “button-pushing” (a new-fledged term coined specifically on this issue) and against the accusations of Tymoshenko for contract murder. True, the opposition blockaded the first blockade. Indeed, then it became necessary to support the country's course towards European integration. Just for the sake of European integration, they stepped over their principles and sacrificed the interests of their idol. When all the basic laws on European integration were adopted, the work of the Rada was again blocked, and the leader of Freedom, O. Tyagnibok, declared that the parliament was incapable. However, the population already and without such statements did not have any special illusions about the viability of the parliament. At the same time, it is impossible to clearly understand what the opposition is really trying to achieve: either dissolving the Rada, or simply wants to scare ...

In this situation, it is easy to see that the country is slowly but surely falling apart. An analysis of what is happening in Ukraine proves that the situation is developing according to the worst scenario. The opposition and the ruling party are trying to cause each other maximum harm by all available and inaccessible ways, obviously not realizing that without popular support, their opposition has no meaning and political perspective. But the main thing is that the opposing forces do not simply enter into heated debates on various internal external issues, but by their ill-considered actions break the country's political system, which is already not distinguished by a high level of development.

At the same time, it is almost impossible to understand who is most guilty of what is happening in Ukraine at the moment. On the one hand, the opposition does not give rest, which does not even try to compromise with the authorities on any important issue. But on the other hand, it is not entirely clear what led to such a pronounced radicalization of the opposition after the elections? Over time, it becomes obvious that the radicalization of the positions of the opposition forces occurred precisely because of the weak and inconsistent actions of Viktor Yanukovych and his team.

For all their inaction in the opposition, not stupid people gathered at all, and they are well aware that the president is trying to sit on two chairs, trying to delay an important decision as long as possible. In addition, the conditions for reaching the Association Agreement between the Ukrainian state and the European Union are so tough that the mere fulfillment of all the requirements may threaten the very existence of Ukraine. Seeing that the authorities by their actions lead the country to disintegration, the opposition begins to put pressure on them. As for international relations, Russia has now stopped pressure on Yanukovych, carrying out a regrouping of forces. And the construction of the Yamal-Europe 2 gas pipeline is a clear proof that Russian gas can be supplied to Europe and bypass Ukraine, and in case of adopting a course for European integration, the Ukrainian gas transmission system will simply die. Europe also does not exert pressure, but do not forget that the deadline for making a decision comes in May, that is ... now.

In this situation, the opposition, feeling the powerlessness of the government, increases the pressure on the government. At the same time, it doesn’t matter what exactly this power does: it’s bad to go to Europe, because there are forces in the country that can do it more quickly and efficiently, to move towards Russia is also bad, because it’s unprofitable for the government itself. Thus, whatever one may say, the president, with his own actions, is doing everything so that the pressure of the opposition forces on power only increases. And this will continue until the head of state signs the Association Agreement. As soon as this is done (that is, when the power in the country will actually be transferred to European structures), it will be completely disregarded.

In such a situation, Yanukovych has no choice but to appoint early elections to the Ukrainian parliament, try to delay the decision on the country's foreign policy vector for at least another year, or even better, opt for the Eurasian direction.

Early elections can be held only if the president succeeds in strengthening the vertical of power and enlist the support of his voters by fulfilling all the election promises of his party. If this does not happen, the situation in the country will only worsen, and the holding of early elections will finally undermine the political system of the state.

If we talk about the vector of the foreign policy movement, its consequences are quite obvious. In case of signing the Association Agreement with the European Union, the country will experience the final collapse of the industry, and in the best case, the consolidation of the status of the EU breadbasket to Ukraine. The industry of Ukraine is simply not needed by the European Union: In Europe, due to the economic crisis, far more promising enterprises are closing down, and the energy-intensive Ukrainian industry will become an unbearable burden for the European Union. In turn, the destruction of industry will cause a budget crisis that could cause civil conflict due to opposition from the eastern and western regions of the country.

If the Ukrainian government takes a course on the Eurasian Union, then initially, of course, Yanukovych will be forced to experience serious pressure not only within the state, but also outside it. But at the same time, Ukrainian industry, which is the basis of the national economy, will be preserved. In turn, the stability of the economy will help strengthen the geopolitical and economic security of Ukraine in Europe.

What to choose? The Ukrainian government can not decide what is more important. But in this whole situation, one thing remains obvious: in a particular Union, it will be much easier for Ukraine to advance its own interests in the international arena than on its own, because over time, the European Union will sign an agreement on cooperation with the Customs Union. economic relations. But if the Ukrainian authorities continue to push for a decision, then such a state as Ukraine can cease to exist ...

Ctrl Enter
Noticed a mistake Highlight text and press. Ctrl + Enter
We are
Results of the week. “You are already indebted to the sea: neither the bottom nor the coast”Who wrote off the debts of Russia?
171 comment
Information
Dear reader, to leave comments on the publication, you must to register.