Veterans of the Victory Parade: we saw the military power of Russia

10 May 2013
122
Sacred Victory Banner and the flag of Russia, the guests of the parade are greeted standing. An example is served by veterans. The stands of the Red Square are full, there is no free space. The main guests are holiday heroes, war veterans, they are almost 600 people here. And certainly the veterans are not getting old at heart - in their 88, in 90 and even more, they still came to Moscow from different cities of the country.


Victory Parade for the first time in a new position takes Sergei Shoigu. Veterans are pleased to note that for the first time in recent years, the Minister of Defense is in full dress, and not in civilian clothes. After welcoming all ceremonial calculations, the Minister of Defense goes to the central tribune for the report to Supreme Commander Vladimir Putin.

"Dear citizens of Russia! 68 has passed since the end of the Great Patriotic War. But the memory of it does not fade. It is passed on from generation to generation, from parents to children, from heart to heart. And the main force of such holy kinship is love for Russia, to our own home, to our loved ones, to our family. We will always remember that it was Russia, the Soviet Union that thwarted the misanthropic, bloody, haughty plans of the Nazis. Our soldier defended freedom and independence, defending his Homeland, not sparing himself liberated Europe and won by food, which will remain forever in the greatness stories"- turned to veterans, Vladimir Putin.

At the Spasskaya Tower at this moment - the final preparations. Unique shots made by the operator "Vesti": operational command post, located at an altitude of 40 meters. They can see everything from above and therefore the air part of the parade will be coordinated from here. Jewelry accuracy is needed so that airplanes, helicopters and fighters fly up to the main square of the country, not even minute per minute, but second per second. But while the main events unfold in the central podium.

"Our dear veterans! We will forever honor your feat, mourn the dead and tortured, always defend the truth about the war. And we will do everything, everything so that no one ever dares to unleash it again, does not threaten our children, our home, our land We will do everything to strengthen security on the planet.The victory of 45 in May is the alarm that asserts life without war.This is a holy symbol of loyalty to the Motherland that lives in each of us.The symbol of the unity of the multinational people of Russia, its unlimited devotion to its roots and our history. We owe justify the hope of our great grandfathers and fathers are required to defeat all difficulties and obstacles and pass on to our children a prosperous, free and strong Russia ", - said Vladimir Putin.

Traditionally, drummers open the parade, they set the rhythm needed - 120 beats per minute.

On the Red Square - the consolidated regiment of the air forces of Russia. It consists of students and cadets of the Zhukovsky and Gagarin Academy, which brought up the heroes of the Soviet Union and Russia for the Ninety 1500. All participants in the parade in a new type of uniform. From high-quality fabrics of domestic production it was sewn in St. Petersburg.

For the forge personnel of the airborne troops - the Ryazan School - this is a special parade. The institution is 95 years old, and it means that today the bearing of the participants should be even better, although it would seem much better?

A separate division of the operational assignment of internal troops of the Ministry of Internal Affairs: in the already distant 45 year, it was she who was entrusted with the honorary right to throw Wehrmacht banners and standards to the mausoleum.

Tribunes especially welcome the legendary Taman and Kantemirov divisions - just a few days before the Victory Parade, their historical status was restored. Suvorov and Nakhimovites were returned to the parade, another joy for veterans and for former Suvorovs.

On Vasilyevsky Spusk, the parade participants had the first opportunity to take a breath and take a photo as a souvenir, as many walked through Red Square for the first time in their lives.

Starts the most spectacular part of the parade. 68 units of military equipment passing through the pavement of the main square of the country. Armored vehicles "Tiger", the pride of the Russian army - the complexes "Iskander-M" and C-400. C-400 has no analogues in the world, because it can destroy targets at record distances.

For the first time, the BTR-82А participates in the parade, viewers are looking at the C-1 shell complex with interest - it is able to protect military and civilian targets from all existing attack systems and even those that are still under development. But, of course, Topol-M is causing quite a storm of emotions. Guests in the stands jump up from their seats and take pictures of the colossus.

All roads, all quays around Red Square are literally crowded with people. They came here with their families, brought binoculars to better see the air part of the parade. However, the sky is so sunny, and the planes fly so low that everything is perfectly visible with the naked eye. Delight explain. At an altitude of just a few hundred meters from the ancient temples heavy planes, helicopters and fighters fly by.

An-22 is the only aircraft in the world capable of landing with the heaviest cargo even on a dirt lane. An-124 - the world's largest serial air transporter. Four IL-76 fly from each other at a distance of just 200 meters.

The sky above the Red Square is painted in the colors of the Russian flag - the culmination of the parade. Veterans are delighted, they liked everything.

- In order to know what the power of the state, what the people he has, what his troops.

- The power of the army today is shown and the power is good!

The Supreme Commander congratulates the participants and guests on the holiday, thanks for the service, the veterans thank for the parade.

War veteran Fedor Inyukin 91 year. He lives in Krasnodar. But as soon as I received the invitation, I did not hesitate for a second.

- You immediately decided to go?

- At once, of course. I jumped here, studied, worked. I think I'll visit Lyubertsy, there are many acquaintances there.

6 children, 17 grandchildren and 21 great-grandson today congratulated him on Victory Day. But the veterans today were thanked, of course, not only by their relatives, but by everyone who met on the street.

The main thing that they wish veterans - health. They all aim to win another victory in life - over disease - and meet in a year, and most importantly - in 2, the day of the 70 anniversary of the great holiday. 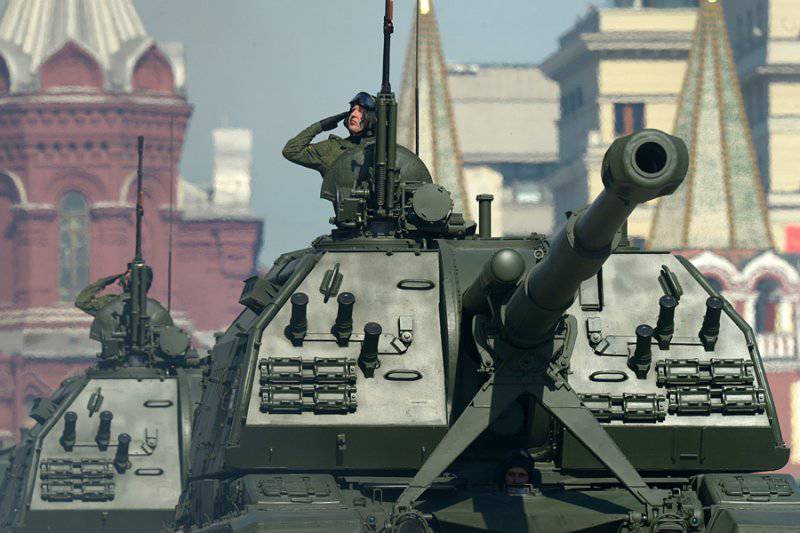 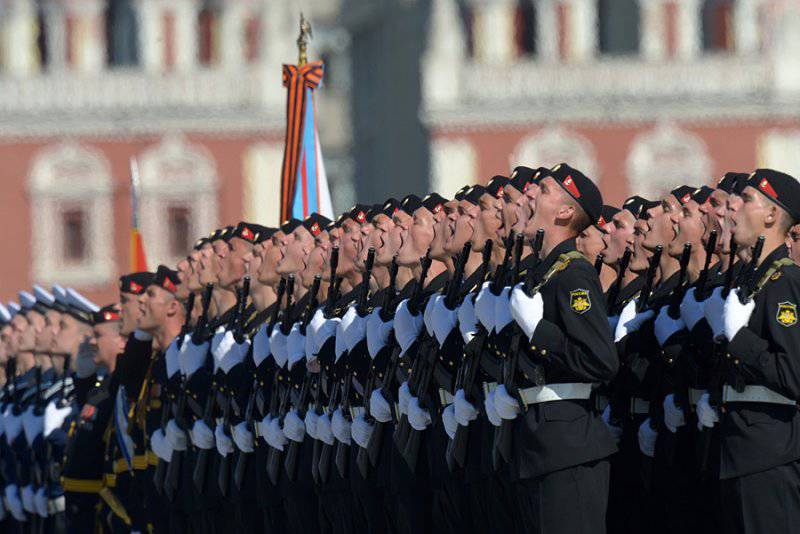 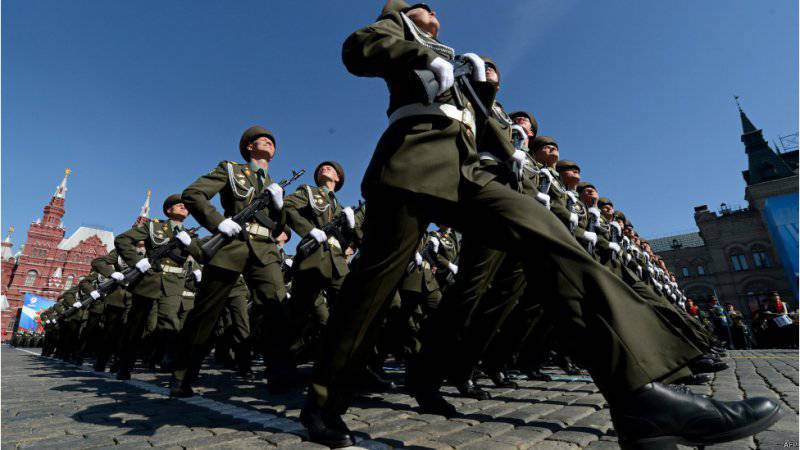 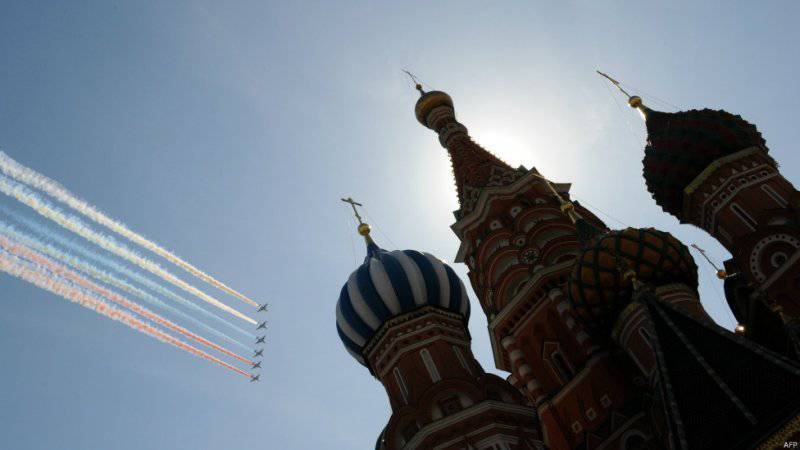 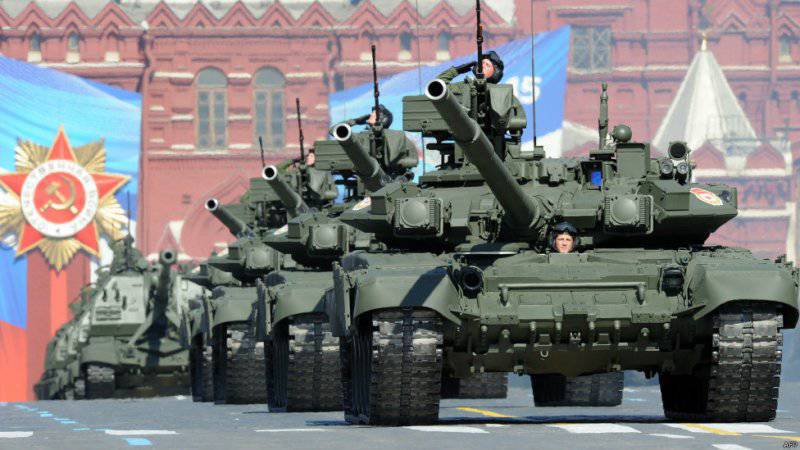 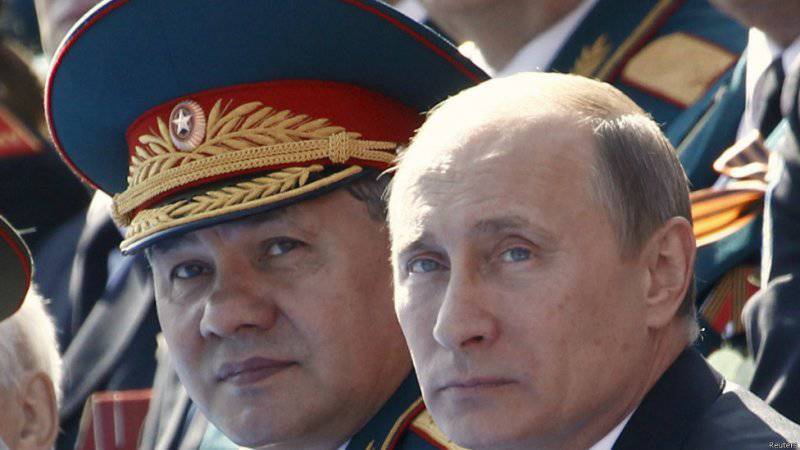 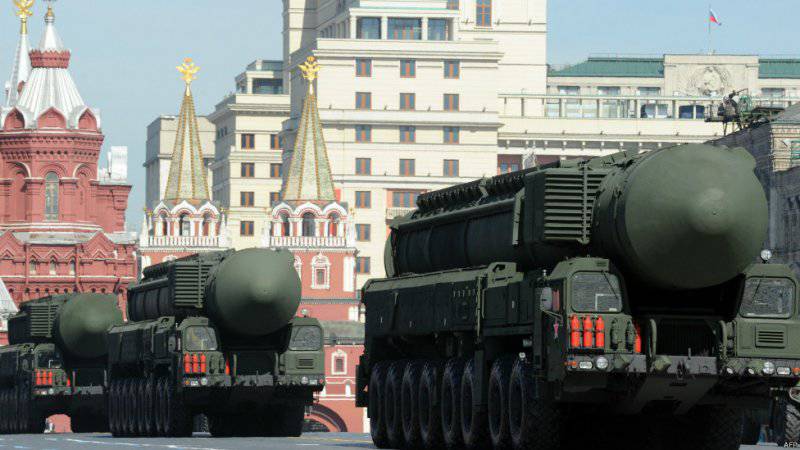 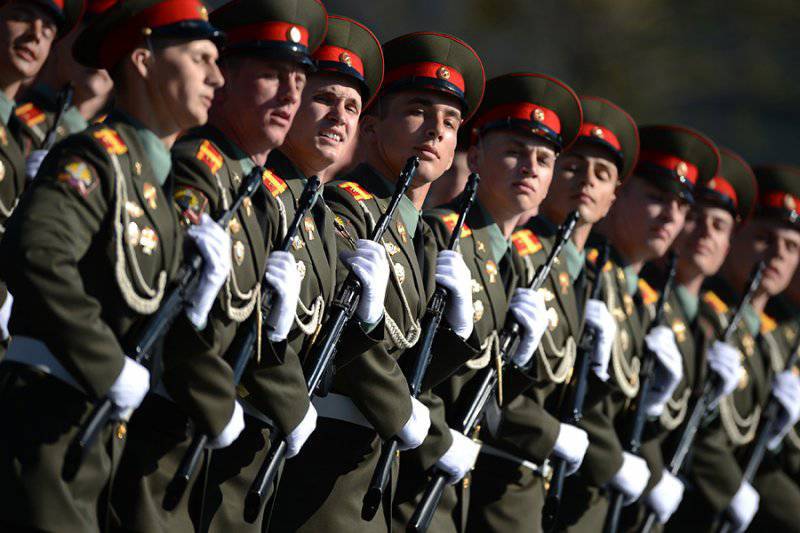 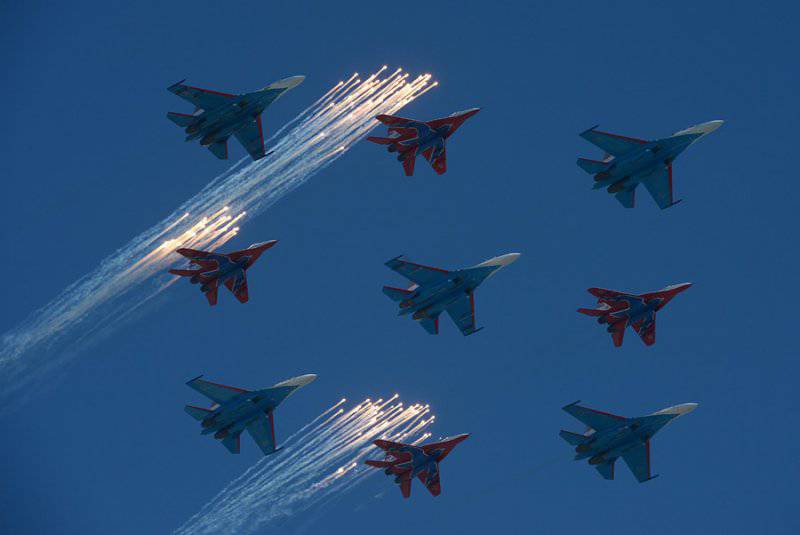 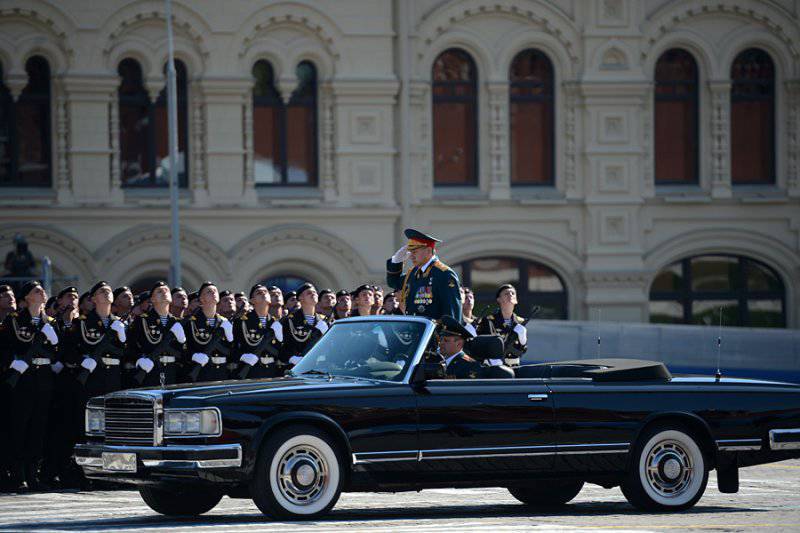 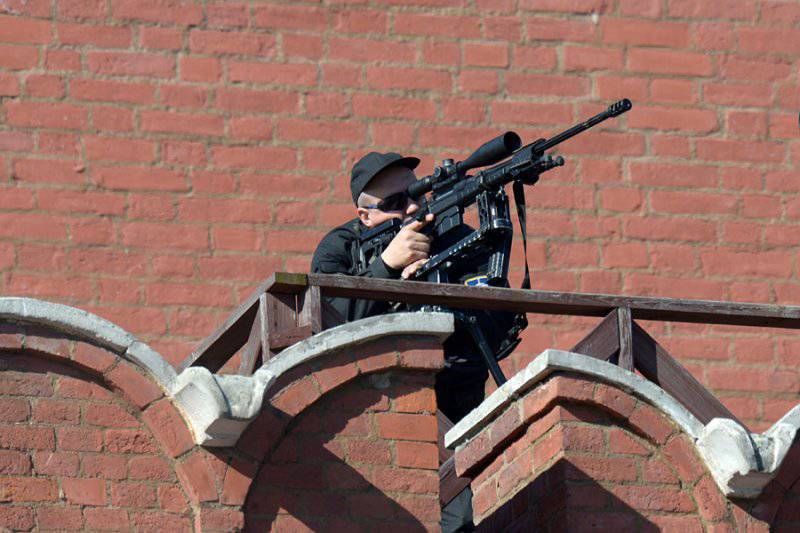 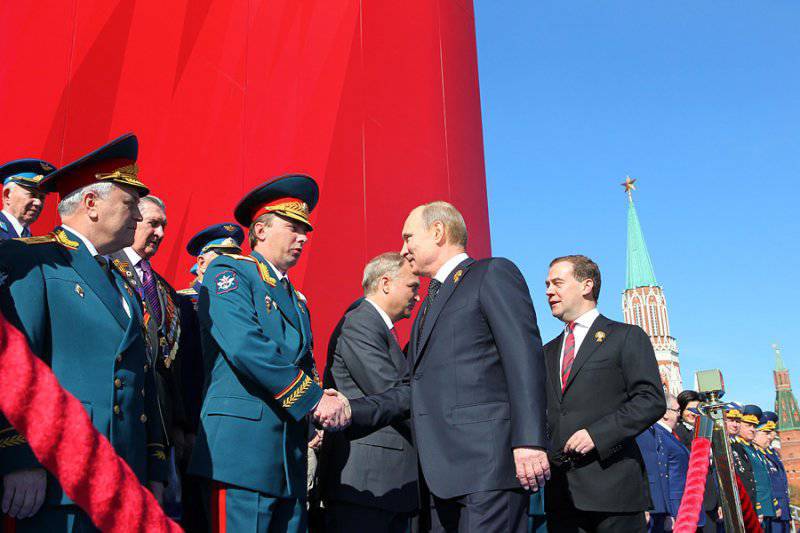 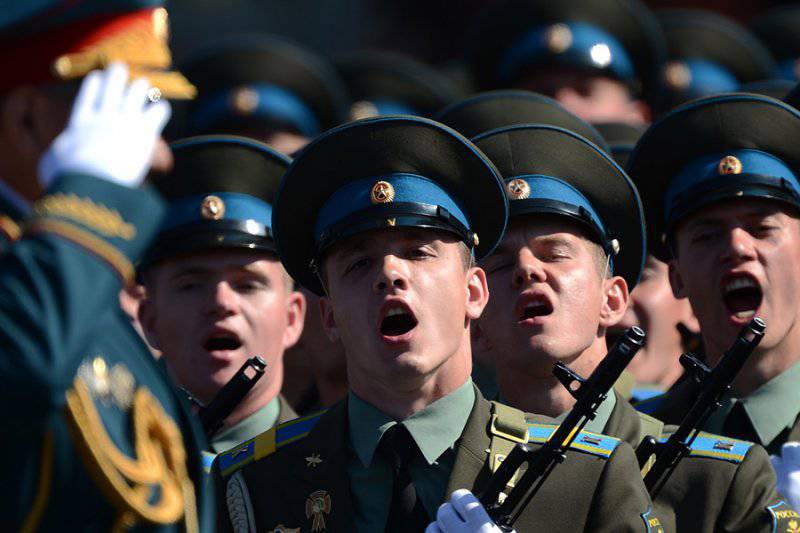 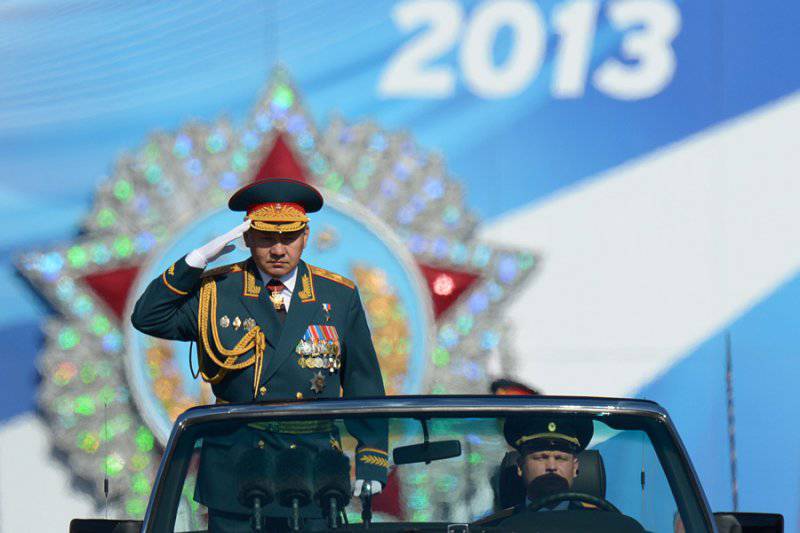 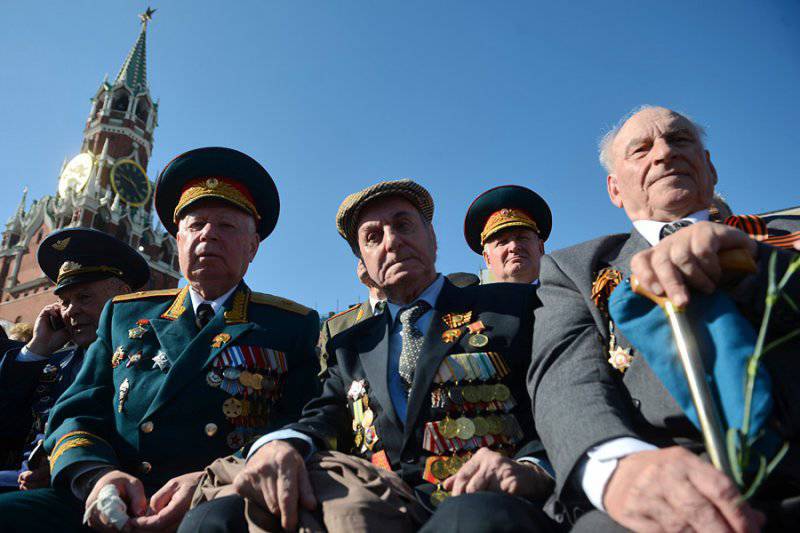 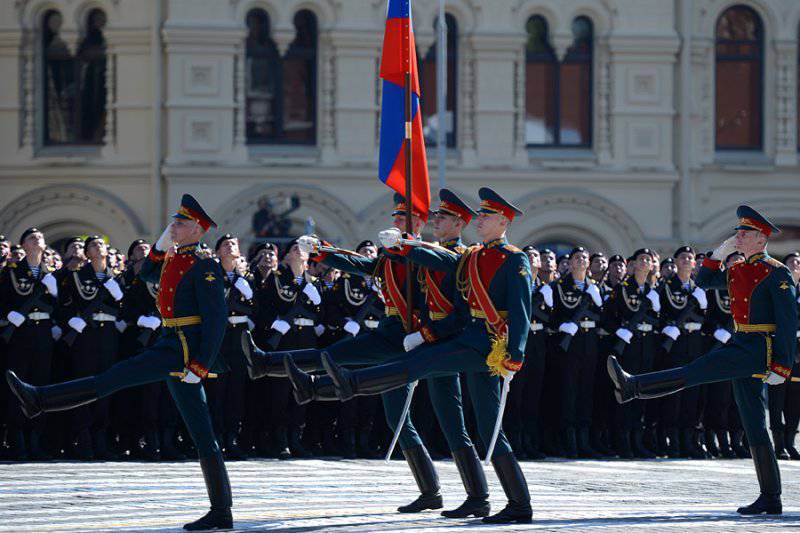 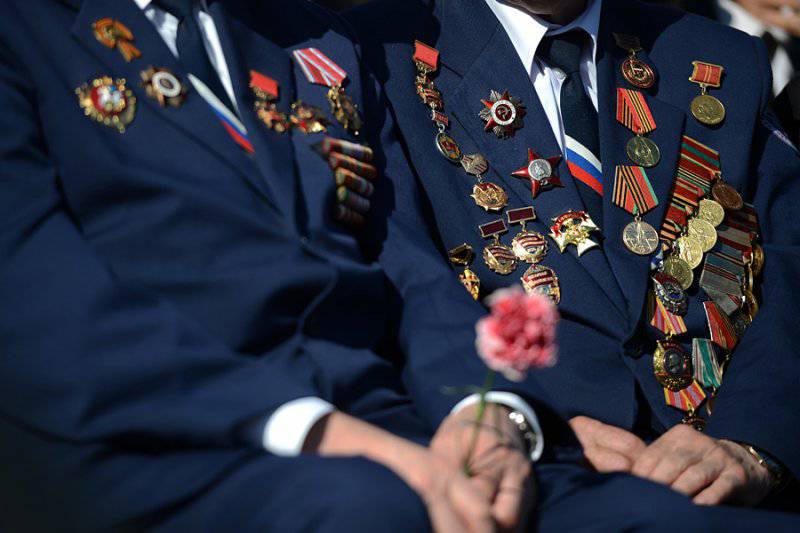 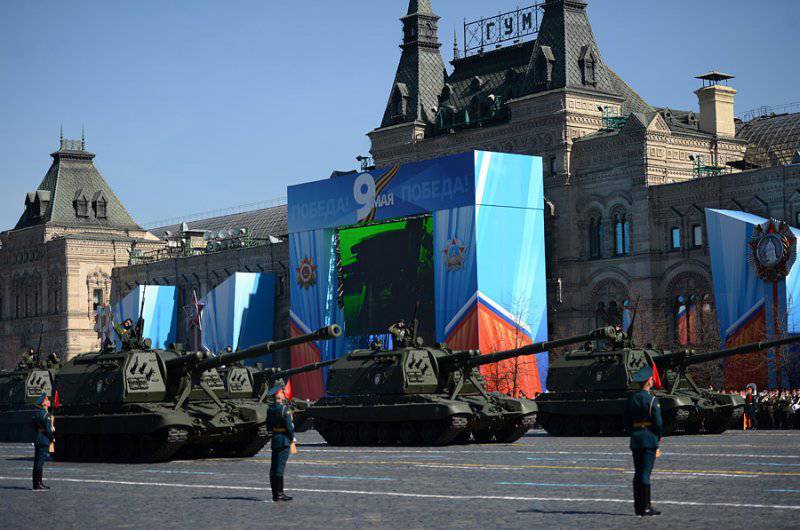 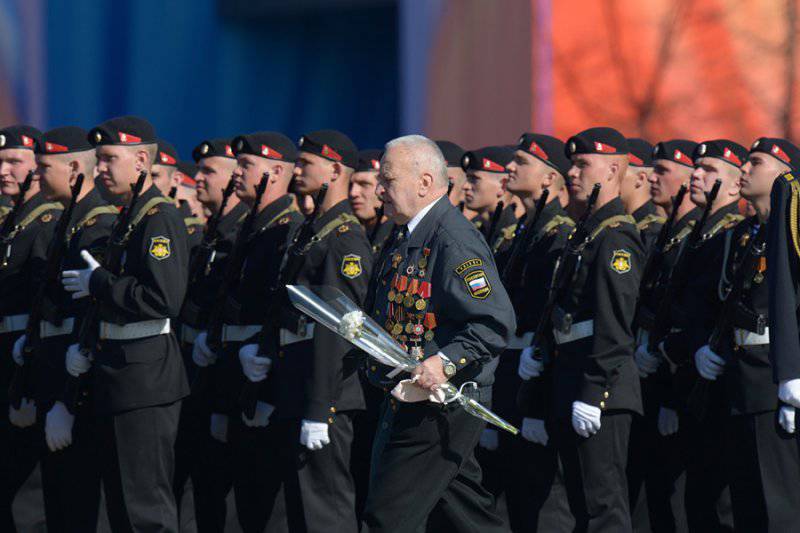 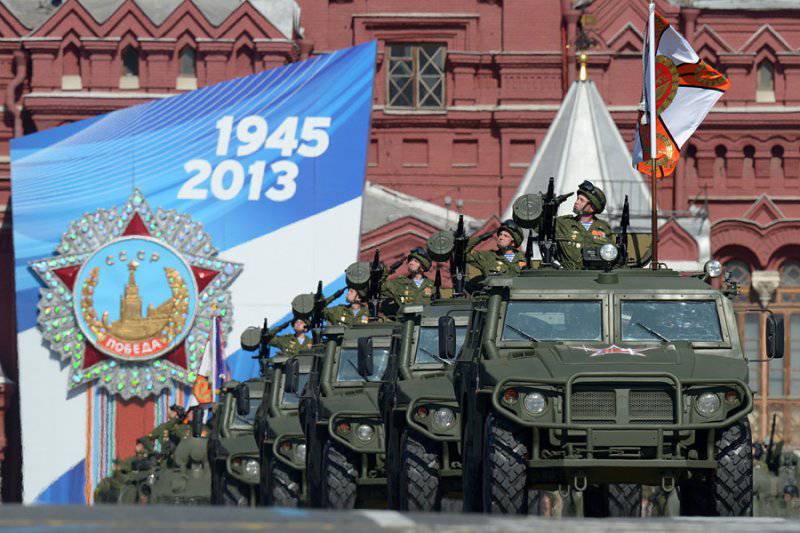