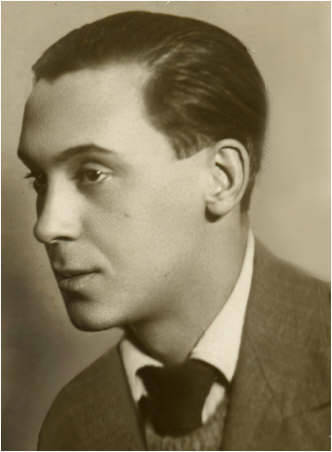 Born in 1916 in Baku (according to some sources in Grozny). There are different versions regarding the origin of Magomed Magomayev, but he himself, like his distinguished son in the future, considered himself an Azeri. Magomed Magomayev is the father of the future world-famous opera and pop singer, composer, People's Artist of the USSR Muslim Magomayev.


Member of the CPSU (b) since February 1943. In the civil specialty - theater artist.

In the ranks of the Red Army since July 1941. In the Great Patriotic War took part since October 1942 of the year. In October 1942 of the Year - August 1943 of the Year Fought on the North Caucasus and Southern Fronts. Since August, 1943, Magomed Magomayev, as part of the intelligence service of the 823-th artillery regiment (later Berlin) of the 301-th rifle division (later the Stalinist) recently formed in Kuban, participated in the battles for the crossing of the Dnieper and the liberation of the right-bank Ukraine. Since October, 1944 has fought on the 1 Belorussian Front.

25-26 August 1944 of the year in battle near the village of Albino Kotovsky region of the Moldavian SSR, the German units who were surrounded began a counterattack to break through. At this point, Sergeant Magomed Magomayev was at the forward observation post. Together, in a group of fighters, they destroyed the machine guns with automatic fire from the Nazis, capturing 20 soldiers and officers of the enemy to 18. Six killed Germans and two captured machine guns were on the personal account of Sergeant Magomayev. By order No. 42 / n from 6 September 1944 of the 301 th rifle division, Sergeant Magomed Magomayev was awarded the Order of the Red Star.

In early January 1945, the battles to break through the deeply echeloned enemy defenses in the section of the villages of Jelenow - Vyboruv in Poland, being in infantry fighting formations and acting with it, the commander of the reconnaissance platoon department of the 1st division of the 823rd artillery regiment, senior sergeant Magomed Magomayev revealed five machine-gun points, one mortar battery and one artillery battery of the enemy, which, according to its target designation, were suppressed and destroyed by the fire of the 1st division. On January 15, 1945, while crossing the Pilits river, Magomayev was one of the first to cross to the left bank of the river, where under heavy machine gun and mortar fire of the enemy he monitored the firing points. when approaching the village of Palchev, the department of senior sergeant Magomayev unexpectedly fired on the enemy's machine gun. Instructing the squad to distract the attention of the machine gunner, Magomed Magomaev himself went around the firing point from the flank and, throwing it with grenades, destroyed the calculation of the German machine gun. During the fights for holding the bridgehead, he participated in repulsing six infantry counterattacks and tanks the enemy. Personally destroyed 13 Germans by machine gun fire.

By order No. 16 / X from February 10 of 1945, the sergeant Magomed Magomayev was awarded the Order of the Red Banner by the troops of the 5 Shock Army of February XNUMX.

1 - 2 February The 1945 of the year when the town of Tselin was occupied on the Oder River in Germany. The 1 battery of the 823 artillery regiment was set up to cover the flanks and rear of the upcoming 1050 rifle regiment. 2 February 1945 of the year with the onset of dawn, the enemy forces to two battalions of infantry went to the counter-attack from the rear to surround and destroy our units. While on battery positions, Magomayev’s scouts repulsed five enemy counterattacks. At the same time, Magomayev personally shot seven Germans, one of whom was an officer. 3 February 1945, while occupying a bridgehead on the left bank of the Oder River near the settlements of Neu-Berlin and Ortvig, the enemy continuously attacked our troops with large infantry forces, supported by tanks and armored personnel carriers, trying to drop Soviet units from the bridgehead. Being in the combat order of the infantry, the senior sergeant Magomed Magomayev proved himself a courageous and brave fighter, repeatedly entered into a hand-to-hand fight with the Germans, personally killed seven Nazis, destroyed two enemy firing points, captured three enemy soldiers. 4 February 1945, the enemy again counterattacked our forces six times on the bridgehead. The Germans had up to two infantry battalions, 15 tanks and 10 armored personnel carriers. Senior sergeant Magomayev, while in combat formations of infantry from the captured German machine gun MG-38, shot the Germans 15, the rest lay down and the enemy counterattack fell through. The bridgehead of our parts was withheld.

By order No. 43 / n of 20 in March 1945, for the troops of the 9 Infantry Corps, Senior Sergeant Magomed Magomayev was awarded the Order of the Great Patriotic War of the 2 degree.

In the afternoon of April 21, the 301 Infantry Division broke through the enemy defenses in its direction and broke into Berlin. 22 April 1945, part of the division, together with other parts of the Red Army, begin to force the river Spree and storm the Berlin suburb of Karlshorst, which is part of the strong points of Berlin’s internal defensive line. The divisions of the 823 artillery regiment covered the Soviet crossings across the river. 24 April 1945, while repelling an enemy counterattack at the “Railway” line south of the River Spree, senior sergeant Magomed Magomayev was killed while trying to remove his wounded comrade from under a machine-gun fire.

From the letter of the commander of the 823 division of the artillery regiment Major Sotnikov to the relatives of the senior sergeant Magomayev:

... In heavy and difficult battles Magomed reached us, stepped over Spree, and then in a fierce and unequal fight in repelling tank attacks, literally ten meters away from me, was seriously wounded. It happened on the banks of the Spree in the suburb of Karlshorst, seven hundred meters south of the power station and the boat station on the highway.

In order to drag a comrade wounded into both legs through a smooth and machine-gunned road, a person of a large, noble heart was needed. Moreover, the wounded man was threatened with death at the stake of firewood set on fire by shells. And, despising the danger, Magomed reached the friend, put it on himself, brought him to the road, got into hand-to-hand fighting, killed two and wounded one German, raised his comrade again and ran with him across the road. The line from the machine gun finished off the wounded man, interrupted both legs of Magomed, in addition, five bullets pierced the stomach and lungs. Only seven wounds. He felt very unimportant, but he behaved well, joked, laughed ...

Before the fatal wound, the senior sergeant Magomayev managed to track the location of his firing point of the machine gun firing at him from his machine gun, thereby contributing to its destruction. In addition, in the same battle, on his target designation with the fire of the 1 division, four more firing points were destroyed. By order No. 68 / n of 22 in May 1945 of the year on the 68 rifle corps, senior sergeant Magomed Magomayev was posthumously awarded the Order of the Great Patriotic War of the 1 degree.

Combat comrades took both fallen Red Army men outside 85-km and buried them on the other side of the Oder in the small Polish village of Krzyvin Grifinski near the railway station. In 1952, all the graves located in this place were exhumed, Soviet soldiers and officers were reburied in mass graves at the cemetery in the Polish city of Hojna, bordering on Germany. There lie the 3985 of Soviet soldiers among them - the senior sergeant of the Red Army front intelligence officer Magomed Magomayev.

Ctrl Enter
Noticed oshЫbku Highlight text and press. Ctrl + Enter
We are
Myths of the Great Patriotic. Papier mache helmetBy the 70 anniversary of the landing and the formation of a bridgehead Small land
8 comments
Information
Dear reader, to leave comments on the publication, you must to register.