A. Atambaev - "a wolf in sheep's clothing" 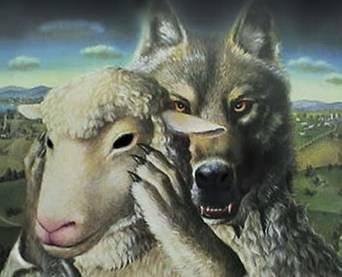 On May 1, the Kyrgyz authorities officially banned Russian citizen political scientist Alexander Knyazev, who permanently resides in Bishkek, from entering his territory.


In his opinion, this is a multipurpose action. The public declarations of the President of Kyrgyzstan Atambayev on the special attitude to Russia, on adherence to the integration processes with Russia, Kazakhstan, Belarus are only declarations, this is a public policy, but there is also realpolitik, in this part Atambayev realizes only his own interests, determined by his influence openly anti-Russian environment and his personal selfish dependence on the leadership of Turkey. There is the personal business of the Kyrgyz president, everything is under the control of Ankara, it was not by chance that Turkish Prime Minister Erdogan’s last visit to Bishkek changed Atambayev’s many tonalities. He is already ready to build hydropower plants with Turkish companies, rather than Russian ones, and the Turks will provide the transformation of the notorious Manas Airport, etc. "A wolf in sheep's clothing" - this expression would probably fit Atambaev, except for the fact that the wolf is an animal strong enough, proud and purposeful ...

Talking about reckless entry into the CU is a tactic of the “Trojan horse” sent by Washington strategists to disintegrate Eurasian already difficultly advancing integration processes. So, such a situation is in the hands of such advisers as the well-known state department lobbyist Roza Otunbayeva. By the way, she lives on obscure grounds on the territory of the Ala-Archa state residence in the mansion next to the president, having great opportunities to correct his course in time ... She has a holiday today, like their other neighbor in the state residence - the main nationalist in the Republic of Emilbek Kaptagaev, or the curator of the power structures of Shamil Atakhanov, who is not perceived by any of these departments as a leader ... These are people who determine the policy of the state.

A few months ago, A. Knyazev was the first to voice the joint Kyrgyz-American plans to build a new American electronic intelligence complex in Bishkek (crossing Manas Avenue and the South Main Line on the southern outskirts of the Kyrgyz capital) and at the same time to transfer several hundred servicemen from the US to diplomatic status. the airbase at the airport "Manas" serving this intelligence equipment. He also talked a lot and actively and wrote lately about the doubtfulness of Russia's implementation in partnership with this unreliable Kyrgyz leadership of large-scale hydropower projects.

An absolutely similar tactic is traced with the one that was implemented by the entourage of ex-President Bakiyev on the eve of his collapse - the murder of politicians and journalists, the blocking of Internet resources, etc. Until the killings, thank God, it does not reach, but there is a curious moment in this tactic. Anything that is essentially oriented towards the Russian or somehow connected to Russia is punishable. Voicing the interests of the United States, even if it contradicts the national interests of Kyrgyzstan, is not punishable, this information trend is clothed in a good propaganda shell through several thousand pro-Western non-governmental organizations and a few dozen of the same media grown in the post-Soviet period. However, this is still a multi-vector approach, but there is a tendency to narrow it in favor of following the interests of the West.

Ctrl Enter
Noticed a mistake Highlight text and press. Ctrl + Enter
We are
A great interview with Sergey Lavrov: about Ukraine, Obama and IranAlexander Knyazev: Kyrgyzstan has already passed the “Afghanization” stage, Somalia’s prospects ahead
66 comments
Information
Dear reader, to leave comments on the publication, you must to register.