9 May 2013
30
Starinov Ilya Grigorievich (born 2 on August 1900 of the year in the village of Voinovo in the Oryol region, died 18 on November 2000 of the year) - Soviet military leader, partisan-saboteur, colonel, “grandfather of Russian special forces”. From 1902, the Starinov family, which consisted of an 8 person, lived in a railroad booth. One night the boy woke up from loud explosions. It turned out that his father had discovered a broken rail on the tracks and, not hoping that the driver would notice this and stop, he put a firecracker on the rails. These firecrackers were able to delay the composition, and what he saw made a strong impression on little Ilya and in many respects predetermined his fate.


During the Civil War, Ilya Starinov took part in the battles against Denikin and Wrangel, in 1919, he was captured, but he manages to escape and return to service. After the end of the Civil War, the Starinov graduated with honors from the Voronezh school of military railway technicians. After that, he was sent to Kiev in the 4-th Red Banner Korostensky railway regiment, in the regiment Starinov became the head of the subversive team. Already in those years, the young Soviet commander began to think about the development of a portable mine that could be used to undermine the military echelons. As a practitioner, he was well aware that such a mine should be convenient, simple, reliable, and the fuse to her reliable.

Then, across the country near cities and villages, it was possible to find a large number of unexploded projectiles, and the Antiquities, taking this opportunity, explored the structure of their fuses. Then he received a positive experience in melting explosives from bombs and shells. In 1923-1924, Starinov was recruited as an expert in investigating sabotage on the country's railways. In the summer of 1924, the companies Ilya Starinov took part in the construction of the Orsha-Lepel railway, combining the ability not only to blow up, but also to build railways. 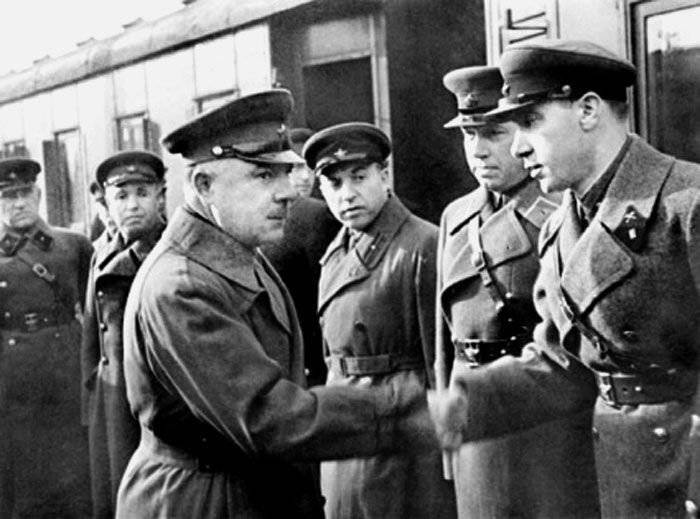 Since 1929, Starinov begins to engage in the professional training of saboteurs underground workers who, in the event of a possible war, were to carry out sabotage in the rear of the enemy troops. Taking up a new business, Starinov managed to organize a workshop-laboratory, in which, together with his comrades, he was engaged in creating samples of mines that were best suited for conducting partisan actions. So-called “coal mines”, automatic mines, which were successfully used during the Great Patriotic War, were born in this laboratory. Here, under the direct supervision of Starinov, a “wheel lock” was designed, which was baptized during the Spanish Civil War. It also worked out various options for undermining trains and cars with mines, which were controlled by wire or by wire.

At the beginning of the 1930-s, the defense of the USSR on its western frontiers was largely based on a developed network of partisan formations. It was assumed that the enemy’s army, crossing the state border and plunging into Soviet territory up to a hundred kilometers, would approach the fortified areas and get stuck in a positional war. At this time, partisans were to begin their action in the rear of the enemy. After a certain time, having lost the adjusted supply of ammunition, fresh replenishment, as well as food, the enemy’s army would be forced to retreat. Together with the enemy, the guerrilla formations would also retreat, which would continue the sabotage already in the enemy’s territory. If necessary, they were allowed to cross the state border.

It was a fairly well thought out system that was designed for both defense and attack. Guerrilla bases were developed outside the USSR. The training was conducted maneuverable partisan formations that were able to operate on the territory of the enemy. However, the entire system in 1937 was destroyed by the decision of the country's political leadership. The fact of the destruction of the developed partisan-sabotage system had the most negative consequences for the USSR. During the Great Patriotic War, it had to be re-created. Later, Ilya Starinov called the curtailment of preparations for guerrilla warfare one of the greatest mistakes of the top leadership of the USSR. Starinov argued that the German army would have been able to break at least 1 a year earlier and with less losses if the guerrilla movement had been organized according to all the rules and in advance. 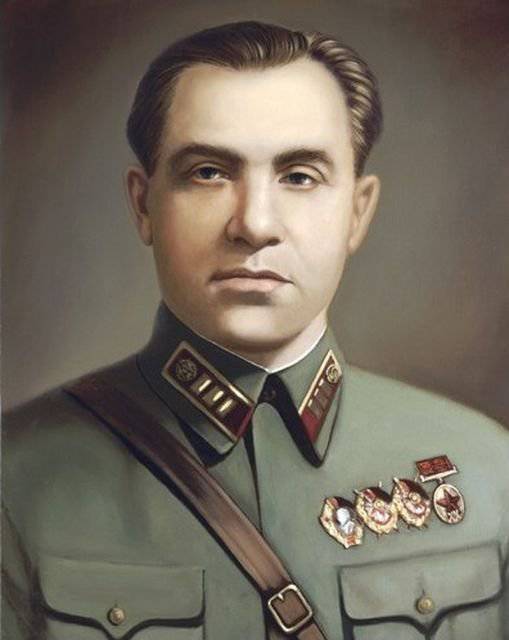 In November, 1936, he was assigned to Captain Domingo Ungriya's intelligence group in Spain, which at the end of 1937, turned into a full-fledged 14 partisan corps. In Spain, he stayed from November 1936 to November 1937. During the Spanish campaign, Rodolfo wards (under this pseudonym Starinov acted in Spain) carried out about 200 sabotage and ambushes, as a result of which the enemy lost at least 2 thousands of people. The loudest of them was the destruction of the corps under Kordovoy with the headquarters of the Italian Air Division in February 1937. The day after this diversion they talked about it all over Spain; no one was left alive as a result of the diversion.

After this action, reporters of the most progressive newspapers in the world began to arrive at the base of the partisans, among them was the famous writer Ernest Hemingway. Journalists wanted to personally meet with the characters. Then Mikhail Koltsov and Konstantin Simonov wrote about Ilya Starinov. There was a version that in Hemingway’s famous novel “For Whom the Bell Tolls” fragments from the combat and organizational activities of the senior adviser to the commander of the Southern Front of the Republican Army Starinov were used.

Starinov returned to his homeland at the end of November 1937. His military successes in Spain were best noted, but when he arrived in Moscow, it turned out that all his acquaintances and associates turned out to be "enemies of the people", and the officer who prepared the documents for his submission to the title of Hero of the Soviet Union was shot on fabricated the charges. Starinov was summoned to the NKVD and asked him to confess frankly in everything, the KGB wanted him to testify in the preparation of saboteurs and the creation of secret warehouses for the overthrow of power in the country. Marshal Voroshilov saved him from inevitable arrest. 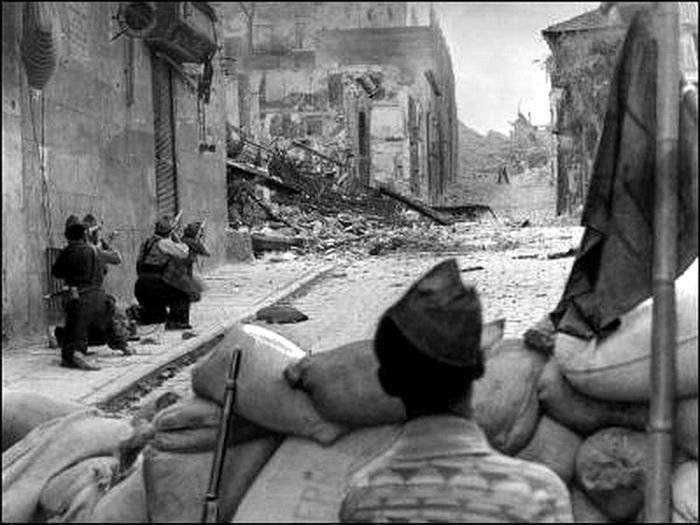 After this, Starinov managed to take part in the Finnish war, and during the Great Patriotic War his knowledge and skills were useful to the country. He did much to restore the partisan-sabotage base, training specialists and organizing sabotage operations. During the big war, he felt like a fish in water.

Summing up his activities in the first half of the 20th century, Starinov, in his autobiography, listed his most important achievements. According to Starinov, the instructors trained by him only in the pre-war years were able to prepare the order of 1000 skilled partisans. During the years of the Second World War, the instructors trained by him in special schools prepared 5 order thousands of partisans-saboteurs. Only in the Operational and Training Center of the Western Front 1600 people were trained.

Among the most important operations in his life that were carried out under his direct supervision, Ilya Starinov attributed:

In Spain:
- liquidation of the headquarters of the Italian aviation division;
- the organization of a train wreck with Moroccans, the collapse of a military echelon in a tunnel, which for a long time interrupted important enemy communications;
- disabling communication between the Madrid and Southern fronts of the enemy on 7 days. 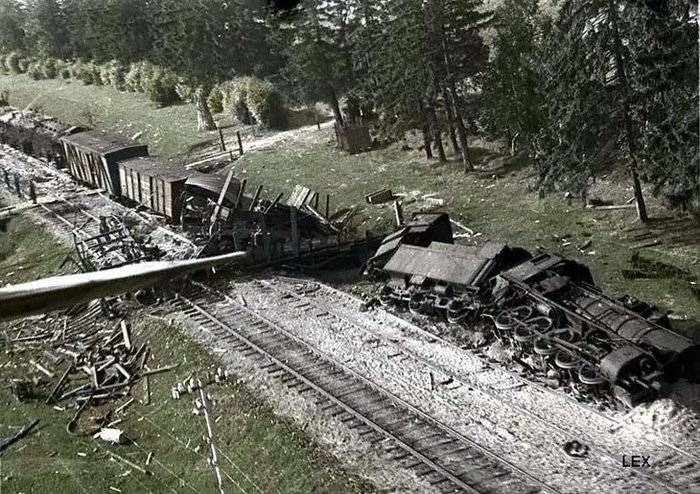 In the framework of the Great Patriotic War:
- October 1941 of the year - the transformation of communications and communications at the Kharkov hub into a trap for the enemy, which to some extent slowed down his attack;
- February 1942 of the year - the organization of ice crossings through the Taganrog Bay, thanks to which they managed to disable the highway Mariupol - Rostov-on-Don, as well as the defeat of the German garrison on Kosoi Gora;
- organization of subversive service in the Ukrainian partisan formations, as well as in the Ukrainian headquarters of the partisan movement in 1943 year. As a result of these actions, more than 1943 train derailments were made in Ukraine in 3500, whereas in 1942 there were only 202;
- 1944 year - the creation of partisan formations and training of Ukrainian partisans for the conduct of sabotage war abroad - in the territory of Hungary, Poland, Romania, Czechoslovakia.

During 4 of the Great Patriotic War, Ilya Starinov organized 256 undermining medium and small bridges, mines he developed derailed more than 12 000 enemy military echelons. Especially widely used in the USSR were the train mines of Starinov (PMS) of instantaneous and delayed action and the car mines of Starinov (AU).

By the end of World War II, Ilya Starinov, who was the same age as the century, turned 45 years old. To many in those years, he seemed to be a real living mammoth, he was sent to the reserve, and his lot was to be история. But in the midst of the Cold War, his experience was once again very much in demand. Starinov was called to teach at the Officer Advanced Training Courses. In the future, graduates of these courses will form the basis of the famous special forces groups "Vympel", "Cascade", "Zenith". Later, special forces of all the country's security agencies will respectfully call him Grandfather. 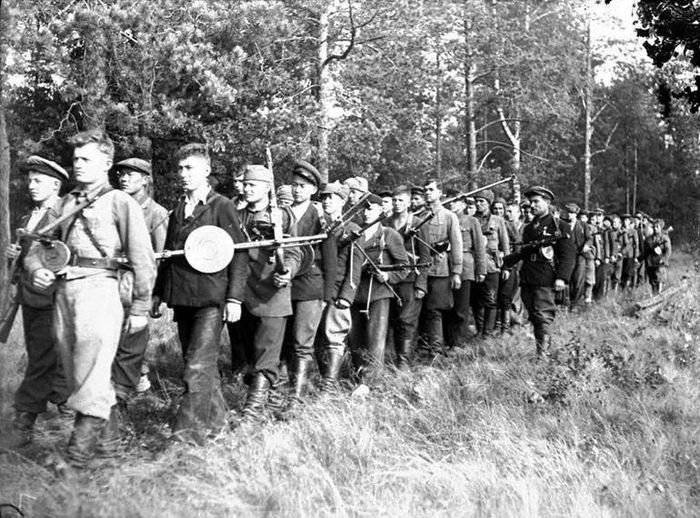 While military theorists assessed the likelihood and consequences of a possible third world war, and the public and politicians fought to prevent it, Ilya Starinov wrote a paper called "Guerrilla War", which stated that the Third World War is already underway and is underway in the form of local wars and conflicts with predominantly partisan warfare. Starinov perfectly understood what a dangerous beast was being set free by the superpower, helping "friendly partisans" to fight against "unfriendly regimes".

Such statements sounded at least ambiguous, because each of the opposing sides had their own ideas about “friendly” and “unfriendly” regimes. Over time, Starinov was again out of work, and the pupils prepared by him, one by one, went to the reserve. After the collapse of the USSR, special forces units were thoroughly shaken up, it is obvious that the new political leadership was looking for more friendly officers. Professor and Reserve Colonel Ilya Starinov authored almost 150 monographs, a number of scientific manuals, 2 autobiographical books. At the same time, he could not advance further than the colonel, as he could not become the Hero of the USSR, and then Russia. He was presented to the title of Hero of the Soviet Union three times, and to the title of Hero of Russia twice, but always in vain.

During his long life (Ilya Grigorievich Starinov lived 100 for years) he never smoked and, in his own words, drank only 2 times. At the same time, he saw the secret of his longevity in another - in permanent work for the good of the Motherland.

Ctrl Enter
Noticed oshЫbku Highlight text and press. Ctrl + Enter
We are
The famous "Three-inch"Anton Denikin - the fate of the officer on the altar of history
Military Reviewin Yandex News
Military Reviewin Google News
30 comments
Information
Dear reader, to leave comments on the publication, you must to register.