State support of the aviation industry

13 May 2013
19
It's no secret that after the most difficult situation of the nineties, domestic industry, including aviation, needs help, without which it simply will not be able to restore the former pace of production. In recent years, the country has the opportunity to increase funding for various industries, most of all this is noticeable in the defense industry. New types of weapons of military equipment are being created and purchased, which also leads to an improvement in the state of enterprises and an increase in the standard of living of their employees. Of course, the growth rate is noticeably lower than we would like, but against the background of previous years, the available indicators look encouraging. However, not all sectors have even such successes. For example, the civilian aircraft industry, for all its achievements of recent years, cannot yet show its full potential. 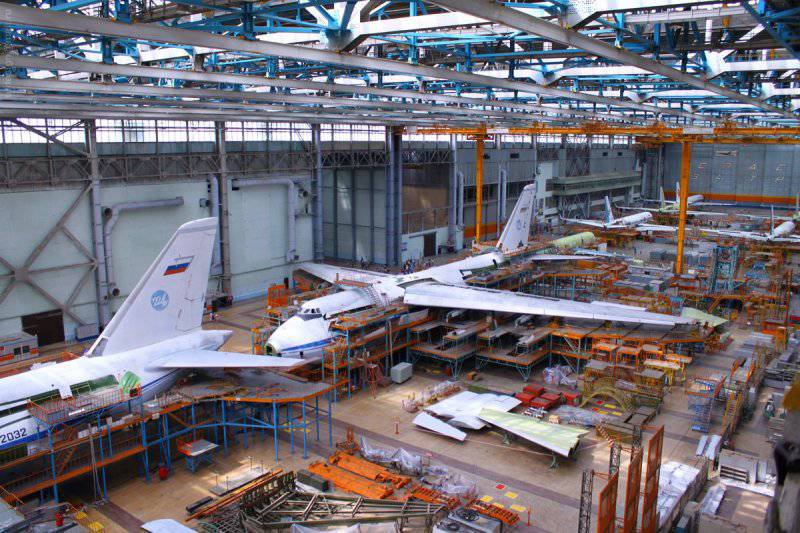 Active state support for the aircraft industry began only in the second half of the two thousandth. Its volumes, in view of the then financial situation in the country, cannot be called fully satisfactory. During the period from 2007 to 2012, the aviation industry received about 250 billion rubles. It is worth noting that this figure includes not only direct payments to the accounts of aircraft factories and design bureaus. It also consists of the volume of government orders for civil aircraft, loans, private infusions, etc. It is easy to see that, against the background of current defense spending or some infrastructure projects, the cost of civil aviation does not look too big.

Interesting is the distribution of funds received by industry. Most of them - at least 150 billion - went to pay off old debts and things like that. In other words, most of the recent expenses actually paid for the lack of adequate funding in previous periods. At the time of the start of state support, only two Russian aircraft building companies had a full-fledged portfolio of orders, primarily export ones. These are firms "Sukhoi" and "Irkut". Other aircraft factories and design bureaus were under the burden of large debts and did not even think about deploying high-grade production. The construction of the aircraft proceeded at an extremely slow pace, and at some enterprises stopped altogether. For example, the Saratov aircraft factory produced the last aircraft back in 2003, and in the last years of its existence it was engaged only in repairs.

It is worth noting that only 70 billions and more of 150 were introduced into the industry as direct “infusions”. The remaining money was distributed approximately as follows: about 55 billion went to bond loans and more than 30 billion to refinance the debts of enterprises to private credit organizations. The money invested by the state and private investors had a positive effect. Perhaps the most striking example of this effect can be considered the recent successes of the MiG corporation. After Algeria broke the contract for the supply of fighters, this organization began a real financial crisis. However, 30 billion rubles received from the state, allowed to pay all existing debt arising from the actions of Algeria. Just a few years after the Algerian contract, MiG Corporation signed new contracts for the supply of aircraft worth more than two billion dollars. It is easy to calculate how many times the cost of these contracts exceeded the state spending to support only one aircraft manufacturer.

An example of state support for industrial enterprises is primarily the Voronezh Aircraft Company and the Aviastar-SP Ulyanovsk Plant. Only two of these organizations received a total of about 30 billion rubles from the state. In recent years, these two factories have been engaged in projects Tu-204, IL-76MD-90А and An-148. Transport IL-76МД-90А is currently being tested, other aircraft are being built in series.

Of the above 250 billion rubles, only 60-70 went to update production, as well as to create and start manufacturing new types of aircraft produced. Half of these funds went to the modernization of production and the beginning of some research programs. The remaining money was used to finance new developments, including the SSJ-100 and MC-21 aircraft. The latter is still under development and its first flight is scheduled for 2015 year. "Superjet", in turn, is already being built serially and operated in Russian and foreign airlines.

Finally, it is worth noting another method of indirect support for domestic producers. Until the middle of 2010, aircraft imported to Russia were subject to 20-percent duty. Further, the conditions of this taxation have changed, because of which it became less costly for airlines to buy foreign-made equipment. Despite the fact that some imported aircraft still require the payment of duty, the overall situation on the market does not look too pleasant for domestic manufacturers. As the abolition of duties in the future will affect the future of domestic aircraft, it is too early to say.

In general, the recent processes in the domestic civil aircraft industry look positive, but the pace of all positive trends is clearly insufficient. This is particularly vividly illustrated by the increase in production over the past couple of years. Over the past year, all Russian aircraft factories built less than two dozen aircraft. However, in the 2011, this year only seven boards were assembled. Thus, in just one year, the Russian aviation industry more than doubled the production of civilian aircraft, but the total number of aircraft manufactured remained insignificant compared to market demands. It remains to hope that in the future state support of enterprises will continue, and domestic civil aircraft will be able to gradually win back part of the Russian market, and then fully enter the international one.

Ctrl Enter
Noticed a mistake Highlight text and press. Ctrl + Enter
We are
Aircraft deliveries in the first 7 months of 2013An-12 in Afghanistan
19 comments
Information
Dear reader, to leave comments on the publication, you must to register.