Mini-tour of the regions: one for all Victory

9 May 2013
37
If there is a holiday in our country that can be called the main and revered by the overwhelming majority of Russian citizens, then this is certainly May 9 - Great Victory Day. She got an incredibly high price, and at the same time it is gratifying to realize that, despite many attempts by certain individuals to belittle the very role of the victory of the Soviet people over fascism, the greatness of the people's feat will not fade even after 68 years after the end of World War II. It is gratifying to know that fate gave us the right to live alongside those who managed to defend the independence of our state, and what we had and continue to have the opportunity to hear about the joy of the Great Victory day, first-hand.


9 May across Russia are various celebrations dedicated to Victory Day. We propose to conduct a small online trip to various regions of the country (and neighboring countries) and get acquainted with the ideas that are being realized on this truly bright day for Russia by various public organizations. Moreover, many of these ideas are aimed at the younger generation, which, due to a number of circumstances, no longer knows so much about the course and outcome of the Great Patriotic War. Pay tribute to veterans, bow their heads before the graves of the fallen and tell the representatives of modern youth about the big war - these are the three main aspects of the festivities held in the Russian regions (and not only, by the way, Russian).

We will begin our journey from the state, which in recent years has been increasingly associated with the country, which has actually sunk into the mud, the memory of the feat of Soviet soldiers. This is about Latvia. However, we will not confuse the attempts of the Latvian authorities, often acting on external orders, and those initiatives that come from ordinary Latvians with regard to veterans.

On the eve of 9 in May, an action was launched in the republic under the slogan "Help veterans". The action is being held for the fifth year in a row, and every year more and more residents of the republic are taking part in it. This year, a record number of Latvians who did not want to remain indifferent to this holiday took part in the action. In just a few days, actions to raise funds for Soviet veterans, for whom, by the way, absolutely no benefits and compensation payments were provided for in Latvia, managed to collect almost 90 thousand dollars. It is noteworthy that mainly Latvian youth participate in the “Help Veterans” campaign. It turns out that the Latvian boys and girls appreciated the feat of veterans of the Great Patriotic War, unlike the Latvian authorities ...

The collected funds went to the purchase of gifts to more than 2 thousands of veterans who now live in the territory of Latvia. Of course, this is the case when the price of a gift does not matter much. The main thing here is the attention that volunteers have to the older generation who have cleansed Europe of fascism. Veterans with eyes full of tears meet those Latvian schoolchildren and students who are honored to congratulate them on the Great Victory Day. These tears - for joy because many ordinary Latvian citizens remember the veterans and their exploits, and the grief that the Latvian authorities are still determined to rewrite history.

On the eve of Victory Day, an action dedicated to the memory of Soviet soldiers who fell during the Great Patriotic War started in Victory Day in educational and preschool educational institutions of the region. Each person could, with his own hands, on a small piece of scarlet cloth, embroider the name, first name and rank of his ancestor who died during the war. May 9 during the Victory Parade in the cities of the region on the central squares will be carried the banners, made up of pieces of matter with the names of the soldiers, who were approaching the defeat of fascism. Subsequently, it is planned to put these scarlet banners in museums as part of the expositions dedicated to the Great Victory. Similar actions are held in Lipetsk, Rostov regions, Krasnoyarsk Krai. 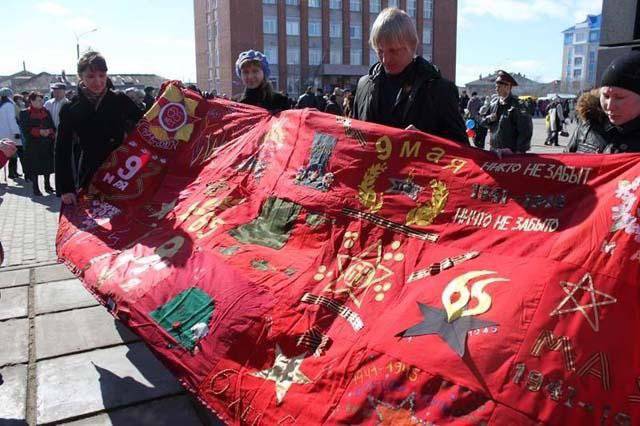 Sochi pupils under the motto “Victory of the grandfather is my victory!” Will come out at the memorial procession with portraits of their ancestors who forged the Great Victory during the war years. In the Sochi City Hall reported that the procession will be held under the military marches and songs. The procession itself will emphasize the connection between generations. 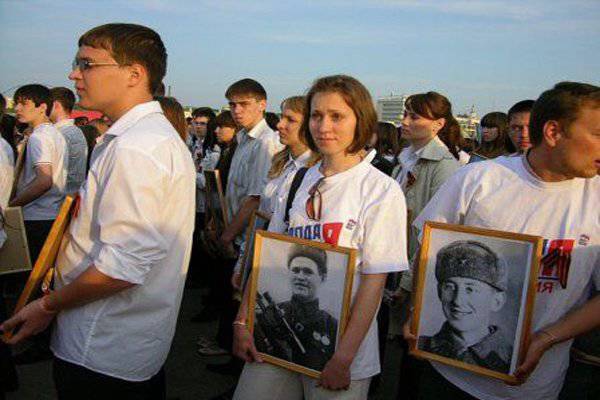 In the city on the Neva River, on the eve of the Victory Day, the action “Gratitude of the Countrymen” took place. Anyone could write a greeting to the veteran and put this greeting in an envelope. The envelopes were delivered to veterans residing in the northern capital and the Leningrad region. A similar action was carried out in other regions of Russia: Tyumen, Sverdlovsk, Kurgan, Chelyabinsk regions, Bashkortostan, Udmurtia and other regions. In St. Petersburg, which bore the name Leningrad during the war, on May 9, the Wall of Victory campaign takes place. On it, young artists of the city in the form of graffiti will create graphic images of the Great Patriotic War. Guests of the action will be able to make their own touches to the overall picture with the help of professional artists. 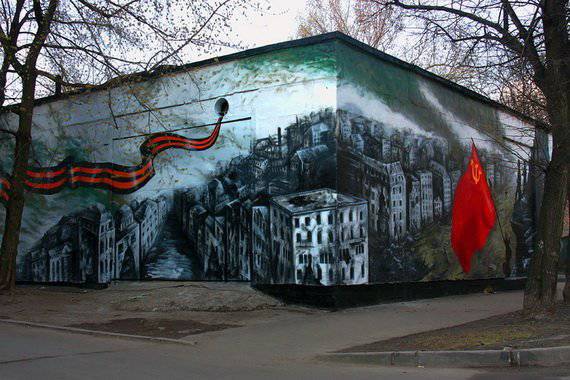 In this Far Eastern city, there is a wonderful exhibition “War and Memory”. The exhibition presents portraits of veterans, next to which are placed audio systems. Each visitor of the exhibition will be able not only to see the faces of those who forged the Great Victory in their time, but also to hear the 10-minute story - a story from the life of a veteran. 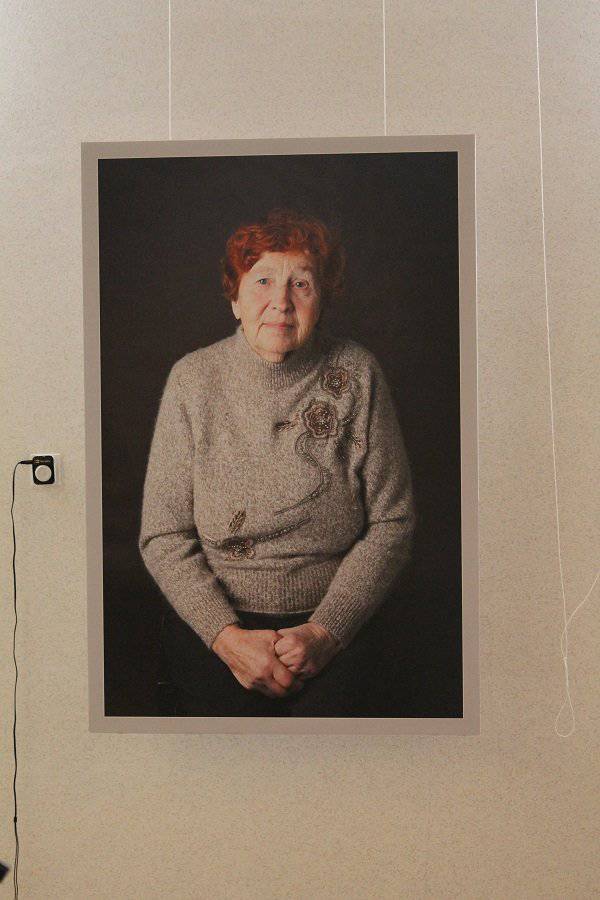 Thousands of schoolchildren from various regions of Russia visited the famous Prokhorovsky Field memorial museum for several days in May. This is a place that literally breathes history. For many guys, a trip to the place of the largest tank battle in history made it possible to feel the magnitude of the battle that took place here about 70 years ago. 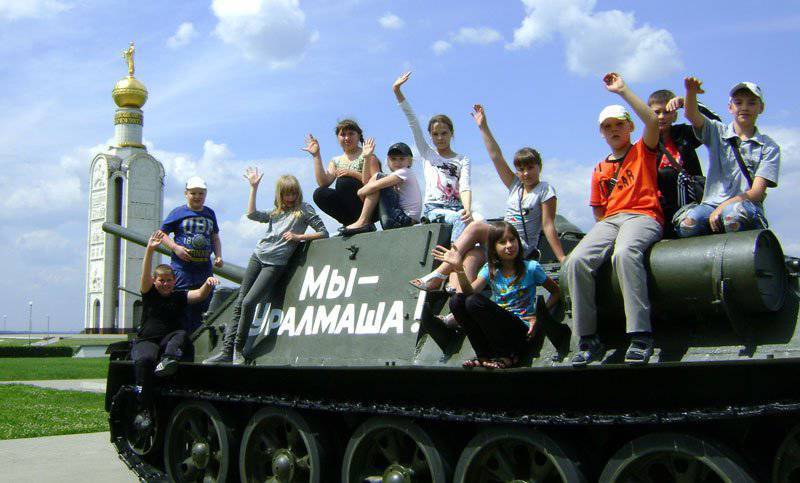 In Yekaterinburg, after the festive salute on Victory Day, it is planned to arrange an unusual in its colorful action. The night sky should literally bloom with carnations, peonies, daisies and other flora. This picture will be seen by citizens who will come to special viewing platforms in order to observe the fireworks, dedicated to the celebration of the 68 anniversary of the Victory. 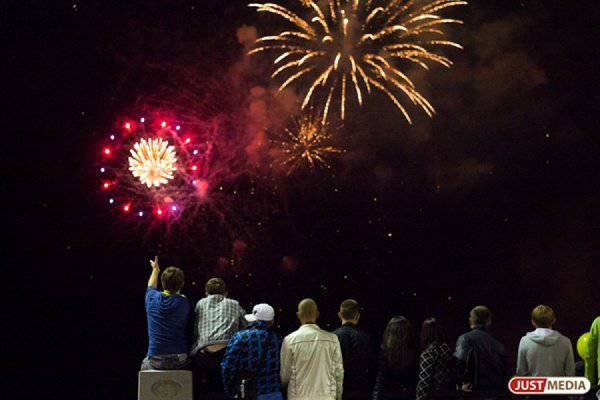 Ceremonial events will be held in all Russian regions. We offer our readers to add material on the celebration of Victory Day with noteworthy data from their regions (states). We count on the publication of positive materials.