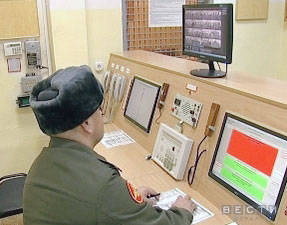 In many military units today video surveillance complexes are being introduced. According to representatives of the Ministry of Defense, video surveillance will minimize the possibility of manifestation of non-statutory relations in the army. Video cameras allow officers on duty to track what is happening in the army barracks. According to some data, namely video surveillance, the systems of which are implemented in Russian military units, made it possible to significantly reduce the indices of hazing, which for many young people is the main army horror story.


However, video surveillance systems are far from the only option to combat non-statutory relations in the Russian army. The very fact that the lengthy conscription service in the Russian army has been reduced to 12-months, strikes whenever possible the manifestation of unsettling. Of course, the development of hazing does not always play a dominant role, but its decline clearly led to a serious decline in the “non-statutory activity” among draftees. If the 2-year-old version of the service, according to the traditions that had been framed for several decades, implied a non-advertised division of conscripts into special categories that are familiar to all who served, today these traditions have largely been violated, which caused a rather powerful blow to hazing.

Another blow to non-statutory relations in the army can be considered permission in many military units to use mobile phones as conscripts. In fact, any soldier can call, for example, the military prosecutor’s office, whose phone today is in each military unit on a special information stand, and report the fact of non-statutory relations. Naturally, in this case, all the reported facts will be carefully checked, since under the guise of a call from a serviceman-conscript, false calls with certain fraudulent purposes can be made.

The use of mobile phones in the army today is widely discussed in Russian society. Many believe that this relief for the soldiers is superfluous, but the soldiers themselves, who serve on conscription today, do not think so. The phone allows the soldier to be in touch with the house at virtually any time off from service, which also makes it easier to carry out military service
Ctrl Enter
Noticed a mistake Highlight text and press. Ctrl + Enter
We are
ARMY-2016. Training complexes
62 comments
Information
Dear reader, to leave comments on the publication, you must to register.