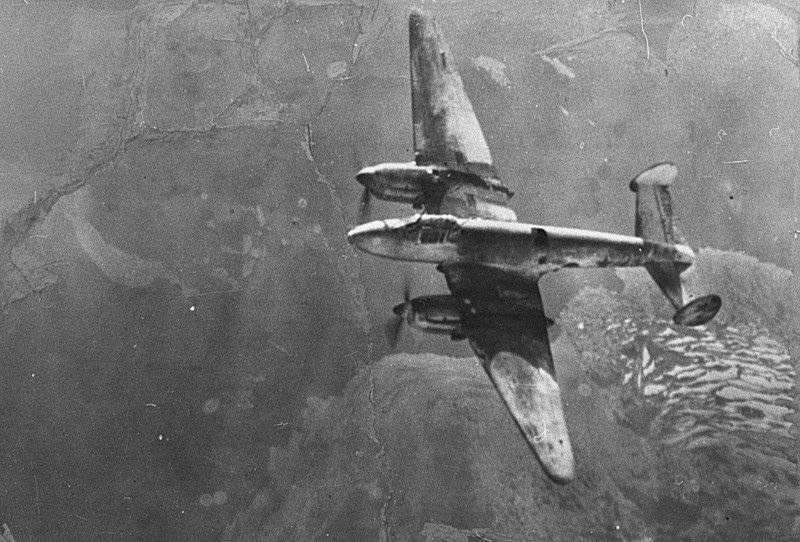 One of the lesser-known pages of the Great Patriotic War is the theme of material encouragement of Soviet soldiers. There is a persistent myth that a Russian (Soviet) soldier always fought for the idea, unlike the Western, American warriors. However, in reality, under Joseph Stalin, a very complex and effective system of monetary remuneration of the military for military successes was created. Destruction of the enemy's military equipment, import and repair of his own - everything had its price.


It is clear that this does not detract from the patriotism of the Soviet soldiers and their feat in this Great War. Patriotism and the willingness to give life for their homeland can not be bought. And, nevertheless, one should not turn a blind eye to the fact that the Soviet leadership did not forget, not only to educate "Stalin's falcons", the true patriots of the Fatherland, but along with moral encouragement, to materially support the soldiers.

This question was not disclosed in detail in the works devoted to the Great Patriotic War. In Soviet historiography, only individual reports of monetary rewards to the Soviet military could be found, both in memoirs and in works on military stories. But the whole picture was not. Partly explained by the fact that this topic might seem out of place in relation to veterans. This was partly true. This topic was not popular in the 1990 and the beginning of the 2000, when some researchers were fascinated by “revealing” the mistakes of the Soviet leadership and commanders, embedding alternative pictures of reality, on the topic “if” Stalin or Zhukov did differently than in reality.

In the Red Army, a system of material incentives for military successes has been introduced since the summer of 1941. This process began with the Air Force. Apparently, this was due to the fact that the battle in the air at the beginning of the war was especially difficult. Soviet success aviation paid a huge price. It is clear that the Soviet leadership was unlikely to thus turn the tide of the war in the air, but they did not begin to neglect the factor of material incentives. In addition, the pilots in the pre-war period were people's favorites, the pride of the Soviet Union. In addition, it is difficult to overestimate the positive psychological impact of Soviet air raids on enemy territory when the Red Army retreated. Following the pilots, land forces — infantrymen, artillerymen, and tankers — began to be encouraged with monetary awards. But if in aviation they paid in various types of activities, including the work of ground technical personnel, then in the ground forces they paid for the fact of the destruction of enemy equipment.

The first regulatory act that addressed the issue of monetary remuneration for military successes was the order to encourage participants in the bombing of Berlin, which was signed by Stalin on August 8 of the year 1941. On the night of 7 on 8 in August, a group of long-range Baltic Fleet bombers made a raid on the German capital, 5 planes dropped bombs in the city center, the rest in the suburbs. The staff of the aircraft were thanked and each member of the crews participating in the operation was to receive 2 thousand rubles. It was also established that each member of the plane’s crew dropping bombs on Berlin received 2 thousand rubles.

Subsequently, “leveling”, when each crew member received the same amount, was canceled. According to the order of the Commissar of Defense of 23 in March 1943, the ship’s commander, navigator and on-board technician received a cash bonus in the amount of 2 thousand rubles for each successful operation against the capital of the enemy, and the rest of the crew - 1 thousand rubles. Also, other enemy capitals, Helsinki, Bucharest and Budapest, were equated to Berlin in monetary terms.

Increased attention to material incentives for those who, according to Stalin, was most needed in an important matter, the Soviet leader showed even before World War II. In the money issue, Stalin was well versed. Since the Chief Air Marshal Alexander Golovanov, he was at that time the chief pilot of Aeroflot, after the Soviet-Finnish war proposed to form a compound of 100-150 aircraft capable of performing particularly important tasks in the deep rear of the enemy under any weather conditions. Stalin liked the idea, and he decided to start creating an air regiment capable of solving such problems. Golovanov offered to lead him. At the same time, the leader made sure that the new appointment did not cause material damage to the pilot. He asked how much he gets. Golovanov replied that 4 thousand rubles per month. And the commander of the air regiment, according to Marshal Timoshenko, received 1,6 thousand rubles per month. Stalin ordered the pilot to keep the salary he received in the civil service. Golovanov noted in his memoirs that "it was customary for Stalin not only to ask people, but also to take care of them."

After long-range aviation, Stalin extended this successful experience to the entire Air Force. 19 August 1941, the Supreme Commander signed an order “On the procedure for rewarding the flight personnel of the Air Force of the Red Army and measures to combat latent desertion among individual pilots”. The document established the remuneration procedure for pilots of all types of aviation. Thus, fighter pilots for 3 downed enemy aircraft were presented for awarding the Order, for the next 3 - to the second order. Over the ten enemy aircraft shot down, fighter aviation pilots presented themselves to the highest award — the title of Hero of the Soviet Union (in the second half of the war, in order to receive the Golden Star of the hero, it was necessary to shoot down 15 enemy aircraft). The order of awarding pilots, navigators and shooters in other types of aviation was also determined. In addition to government awards, a monetary reward was provided to the pilots.

Pilots were awarded and for the preservation of the material part and flights without accidents and breakdowns. Pilots for every 100 flight, without incident, received an award in 5 thousand rubles. Not been forgotten and ground staff. For fast and high-quality repairs, the personnel of the aircraft repair shops received an award in 500 rubles for each restored aircraft. Technical personnel servicing the aircraft received a cash reward of 3 thousand rubles, subject to the failure-free operation of the materiel for every 100 of sorties.

The rates for downed enemy aircraft for fighters were then adjusted in the "Order of fighter actions to destroy enemy bombers." Order No. 0489 of 17 on June 1942 of the year noted that fighter pilots were attacking first of all enemy fighters, and only then its bombers. And the main task of the Soviet fighters is to destroy the enemy bombers first. Therefore, fighter pilots began to receive for each downed enemy aircraft 2 thousand rubles, for each transport aircraft - 1,5 thousand rubles, enemy fighters - 1 thousand rubles. The title of Hero of the Soviet Union was represented by those fighter pilots who shot down enemy aircraft or 10 bombers in air battles of 5. Thus, the enemy's bomber began to be assessed twice as expensive as the fighter.

On the same day, June 17, 1942, Order No. 0490 was approved. The Order established a material reward for assault aviation pilots in the amount of 1 thousand rubles for every 4 sorties with a full bomb load when completing a combat mission for bombing and assault operations tanks, motorized convoys or enemy manpower.

At the same time, control over combat missions was organized. The Order to establish the concept of combat sortie for fighters No. 0685 of 9 September 1942 was instructed to consider only a sortie for fighter aircraft to be such that Soviet bombers and attack aircraft had no casualties from attacks by enemy aircraft. Only those enemy aircraft that were confirmed by a photograph or report of a ground post were considered destroyed. Fighter pilots who evaded battle were prosecuted and transferred to fines.

In the Soviet army, control over the downed enemy aircraft was tougher than the Germans. The Germans had enough of the words of the slave and the photo control to confirm the victory (getting into the plane did not mean its destruction). The fall of the enemy aircraft, especially towards the end of the war, did not interest them. In the USSR, every year, control only tightened. From the second half of 1943, the downed began to be credited only if the fall was confirmed by ground posts, photo monitoring, undercover, and other sources.

The next adjustments were made on September 30 1943 of the year in the "Regulations on awards and awards for personnel ...", he was signed by the commander of the Red Army Air Force Marshal of Aviation Novikov. Crew members for each downed bomber, reconnaissance or transport worker received 1,5 thousand rubles, for each aircraft of other types - 1 thousand rubles. Provision was made for payment and for the enemy locomotives struck. For each destroyed locomotive or train wreck, the pilot and the navigator were supposed to pay 750 rubles, and other crew members pay 500 rubles.

Sea targets were the highest paid: the pilot and the navigator were supposed to sink the destroyer or submarine of the enemy - 10 thousand rubles, the rest of the crew - according to 2,5 thousand rubles; for sinking of transport - 3 thousand pilot and navigator, on 1 thousand other crew members; for a patrol ship or minesweeper - 2 thousand and 500 rubles; barges, tugboats and armed schooners - 1 thousand and 300 rubles.

Test pilots were rewarded for particularly dangerous tasks, and very generously. Tester V. Matskevich wrote that for the test the pilot was given a bonus of 100 thousand rubles, the engineer - 60 thousand rubles, equipment - 30 thousand rubles (Matskevich V.V. Soldier of the Empire. M., 2006). This money was given to the families of the deceased testers. Test pilots and their families were one of the most wealthy categories of the population of the USSR in those years. However, they paid for their high income with their lives. The same Mackiewicz told how during one of their test flights he badly injured his leg. He was freed from flying, and his place was taken by the leading engineer Osipov. The testers did not return from this flight.

Ctrl Enter
Noticed a mistake Highlight text and press. Ctrl + Enter
We are
Diplomats of the People's Commissariat of Defense: on the eve and during the warMyths of the Great Patriotic. Did Stalin have prostration in the first days of the war?
74 comments
Information
Dear reader, to leave comments on the publication, you must to register.