"Let the Syrians themselves understand" 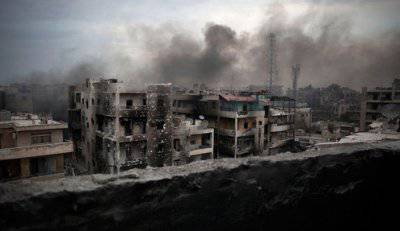 “If Syria falls, then the next players on this board can be Jordan and Lebanon,” said Arabist Vladimir Isaev, a VIEW newspaper. So he appreciated the possibility of transition of the conflict in Syria to neighboring states. The likelihood of escalation of the intra Syrian conflict into a regional one increased after an Israeli air strike on Damascus.


Tehran denied on Monday the version that the Syrian object, which was subjected to Israeli shelling, allegedly contained Iranian weapons.

Recall on the night of Friday the Israeli air attack was subjected to Damascus. According to Israeli sources, the blows were inflicted to prevent the delivery of Iranian missiles to Hezbollah’s hands in neighboring Lebanon. According to some reports, the number of victims of the raids was 300 people.

As noted by The New York Times, an unexpected attack by Israel created a precedent for outside military actions capable of finishing off the regime of President Bashar al-Assad. Air strikes have fueled debate in Washington about US tactics in Syria. However, Obama aides say the president is wary of repeating the Libyan scenario. One of the reasons is the fear of the might of Syria’s air defense, the other is the presence of many jihadists in the ranks of the rebels.

Moscow, in turn, expressed concern about the preparation of world public opinion for the possibility of intervention in Syria. The representative of the Russian Foreign Ministry, Alexander Lukashevich, said that it was noteworthy that “the UN experts have evidence of the possible use of weapons, in particular, gas sarin, by the opposition, and not by government forces. ” Earlier, UN experts acknowledged that the recent chemical attack was most likely carried out by the rebels themselves, and not by government troops.

Meanwhile, experts say, Assad was in a difficult situation. Any counterstrike in Israel would entail such a major confrontation that it does not need at the moment. Nevertheless, Damascus has already promised to supply the Palestinian troops in Lebanon with more modern weapons and set targets that will be attacked in Israel in the event of new attacks. Moreover, the troops were ordered to respond with fire to any attack by Israel immediately, without waiting for additional orders.

Tel Aviv, in turn, also prepared for a Syrian attack, closing the airspace over the north of the country for civilian flights aviation and announcing the transfer of two Iron Dome missile defense batteries there. 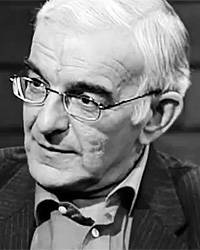 Vladimir Isaev, chief researcher at the Center for Arab Studies at the Institute of Oriental Studies of the Russian Academy of Sciences, told the newspaper VIEW about the likelihood of new strikes from outside Syria.

VIEW: Vladimir Alexandrovich, Israel intervened in the Syrian conflict, inflicting a series of rocket attacks on Damascus. In response, Damascus threatened to supply the Palestinians with more modern weapons and deployed its missiles toward Israel. How serious are these threats?

Vladimir Isaev: If we discard the verbal husk that accompanies these events, then, to be honest, Syria in its current state cannot withstand Israel - this is a rather pointless business. If in more favorable times for Syria she could not do anything with the occupation of part of her territory, now all the more so.

Threats to supply Palestinians with modern weapons remain threats. Syria itself is in dire need of a weapon, given that within two years there has been a full-scale civil war, weapons and so there is spent lightning speed. No wonder the Syrians are now turning to us, so that we increase our supply, which we do not do, although we continue to supply it with arms within the framework of previously concluded contracts.

So the threats are largely frivolous. Although, God forbid, the war will officially begin between Damascus and Tel Aviv. Then, in many respects, the sympathies of a number of Arab countries will naturally spread to the side of Syria, because Israel will be viewed as a threat to the entire Arab world.

VIEW: And how Iran is now able to threaten Israel?

V.I .: Iran has long been threatening the Jewish state. The same Hezbollah in Lebanon sees Israelis first of all as its adversary and mainly relies on supplies from Iran. Land supplies can only be carried out through Syria ... But in reality, at the moment, Iran cannot really threaten - at least, until it acquires nuclear weapons.

VIEW: According to Israeli sources, Syria transferred modern Iranian Hezbollah missiles to Lebanon. Is there a possibility that Damascus could transfer chemical weapons to this movement? For example, if a defeat in a civil war becomes inevitable?

V.I .: If we proceed from modern realities, the transfer of chemical weapons immediately puts in a rogue state any side that will deal with this, and it will be subjected to sanctions, including the military. And I think that the UN will not object if a very serious blow is dealt to such a country in order to deprive it of those very stocks of chemical weapons that it will try to transfer to someone. It is not known whose hands this may fall into is too serious a thing.

VIEW: Washington has so far refrained from direct assessments of air strikes. But in the end, what do you think will express his approval?

V.I .: The United States did not participate in any last-day Israel operations against Syria. Another thing is that they approved a strike on the caravan that, according to Israel, was transporting Iranian missiles to Lebanon. This they approved, because relations between Iran and the United States are not the warmest.

VIEW: If the war is already beyond Syria, then in what direction will the conflict spread?

V.I .: If Syria falls, then the next players on this board can be Jordan and Lebanon. First of all, Lebanon, which is not very stable anyway.

VIEW: After reports of a chemical attack in Syria, did the likelihood of intervention increase? If not from NATO, then, for example, from the monarchies of the Persian Gulf?

V.I .: No one has yet sent its troops into the territory of Syria, except for the armed opposition, which uses mercenaries from various countries, including Chechnya. What, Chechnya declared war on Syria, or what? This is not happening. There is an internationalization of the conflict, there are more and more people involved. Not long ago, the Syrian leadership handed over the 12 passport filed to the Belgian embassy to Belgium who died in Syria. What, Belgium declared war on Syria? Nothing like this.

VIEW: At the weekend, the Pentagon for the first time did not rule out the supply of weapons to the rebels. Moscow reiterated its readiness to act as a mediator in the negotiations between the belligerents. What are the chances for a peaceful dialogue today?

V.I .: Russia provides its platform so that the Syrian opposition can meet with representatives of the Assad regime and reach some favorable agreements in order to mitigate the severity of the conflict. It would be nice if these negotiations ended favorably. But there is little hope for that.

The only hope is that those who supply those whom they call the opposition with arms will slightly dazzle those whom they supply these weapons to. No wonder the United States has already stated - and in the UN it was confirmed - that the alleged "use of poison chemicals by the Syrian regime during some events was the work of the opposition.

Americans themselves say that they should not interfere, if only for the simple reason that it is not clear whose weapons fall into their hands. Those supplies that go, then pop up in some Mali or Algeria, where the same opposition are committing various terrorist acts. From this point of view, certain countries that have an interest in Syrian affairs would need to get together and finally determine who can be considered a normal loyal opposition, and leave, perhaps, Syria alone. Let the Syrians themselves figure it out on this long-suffering land.

Ctrl Enter
Noticed oshЫbku Highlight text and press. Ctrl + Enter
We are
Syria - closeupInterview of President Bashar Al-Assad to the Sunday Times newspaper
70 comments
Information
Dear reader, to leave comments on the publication, you must to register.