8 May 2013
9
As is known, all military personnel undergo an in-depth medical examination every year. The flight crew once a year has to undergo such a test as a military-medical flight commission (WFC). In addition, once in three years the helicopter pilots are checked in the pressure chamber, where the lift is simulated under artificial conditions, and a sharp descent from a height to which the helicopter can rise, with simultaneous measurement of the human engine under test parameters. But it's not about that.


It was already in Russia, in the helicopter regiment, derived from Transcaucasia, where I had already retrained and flew Mi-8. We carried out the WLK in our regiment to the medical unit, the doctors were brought from the District Hospital. One of the main restrictions for the continuation of flight work was the extra weight of the pilot. Doctors calculated it by some tricky formula. If the weight exceeded the maximum permissible norms, the pilot was not allowed to fly until he lost weight.

In general, the portrait of an average helicopter pilot can be described as follows. This is a man 25 - 40 years with the same "belly" and a developed sense of humor. In the summer, he is dressed in a "suit", consisting of a jacket with a zipper, unbuttoned to just above the navel, and trousers. The combination is usually blue, yellow (later white) or camouflage green-brown. And usually on the construction of a helicopter regiment or squadron, all these colors are present in various proportions. There is a chain around the neck of the helicopter operator, possibly with a cross. On the face of sunglasses, and often regardless of the presence of the sun. From the pocket of a jacket or a pocket of trousers the foil usually sticks out. She wears a cap rarely, as she is often lost, especially after visiting the flight canteen, where someone else will put it on. If he has a briefcase in his hands, then most likely this is a navigator, if a tablet or a handbag with a headset * or a headset **, then a commander or operator; if there is nothing, then a flight engineer. In winter, a helicopter pilot is wearing a fur or demi-season jacket in blue or camouflage green-brown, always with a raised collar. Regardless of the time of the year, the helicopter operator holds at least one in the pockets of his jacket or trousers. 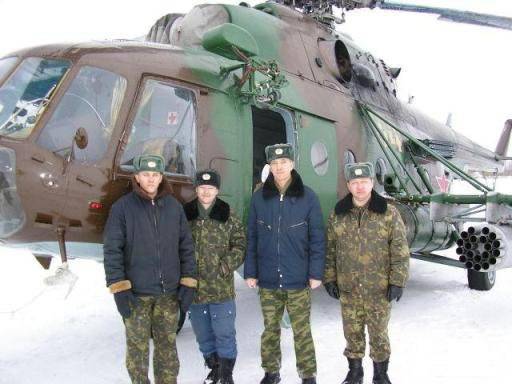 So, my figure did not fit this description. After graduating from the military school, in the first year of my difficult bachelor service in the Transcaucasus, I was significantly emaciated, and so thin I remained.

It was useless to argue, and I proceeded with the implementation of the antidiet. Thanks to my wife, she did not leave me alone with my problem on these difficult days. She diligently prepared high-calorie meals for breakfast, lunch, afternoon tea and dinner. In addition, I did not miss the "meal" in the flight canteen. It was difficult. Since then, I have been tormented by one question: why do all mass media advertise and advise means for losing weight? Why not advertise and do not tell how to quickly get better?

On the third day of the anti-diet it turned out that I had recovered by five hundred grams. The “hour of the x”, “the hour of the hour”, and “the hour of the trial” were advancing; in short, one had to go to the doctor. Otherwise, then I would have to go to the hospital. And then my wife was visited by a brilliant idea - to drink two, and preferably three liters of liquid, which will add the required amount of kilograms to my weight. They decided to do that and started to make it worse.

First I had a good lunch. Then, under the suit, I forged a few sets of warm underwear and two sweaters for weight gain. For some reason, they decided to give me a drink from a three-liter can. After all, it is tastier than water. Indeed, compote turned out to be delicious. But for some reason the second liter of this liquid was more cloying and not at all tasty. I did not finish the three-liter jar of compote. Shoes helped to wear his wife, because I could not bend down.

In the medical unit, I walked slowly - afraid to "spill." It was hard to breathe, sweat trickled down my temples and cheeks and mixed with the streams on my back. At that moment I was like a wolf from a cartoon that had a tight dinner at a wedding, said: “I'm sleeping now” and leaving, broke the fence around the hut.

My weight was somewhat surprised by the therapist, who quite said:
- You see, you can when you want!
I could not answer, so I was silent only guiltily. Weight was on 7kg more than before. Frankly, I was somewhat puzzled.

VLK, I successfully passed and started normal aviation service. Subsequently, it turned out that the very average helicopter pilot in front of the IHC rolled up the scales of our home medical unit in the direction of reducing weight, and on the last day, when the bulk of the pilots had already passed the medical examination, the therapist noticed a catch and ordered to bring the scales back to its original position.

That's how I suffered for my comrades. 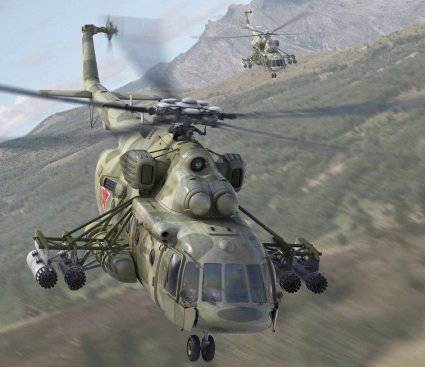 Ctrl Enter
Noticed a mistake Highlight text and press. Ctrl + Enter
We are
Achtung! Achtung! In the air La XnumxTurntables, Afghanistan. "Eight"
9 comments
Information
Dear reader, to leave comments on the publication, you must to register.