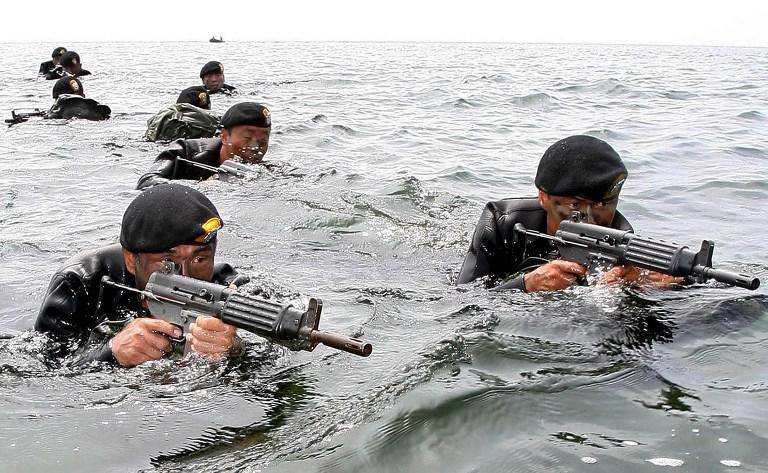 
According to the representative of the Ministry of Defense of South Korea, the naval exercises will last until Friday. They became the second for this year, the first were held in February.

South Korean destroyers, submarines and aircraft, as well as the American Los Angeles-class nuclear submarine, Aegis destroyers and the P-3C naval observation aircraft will take part in joint exercises. It is reported that the exercise is an annual event aimed at preparing actions against unauthorized entry of the enemy.

On the eve of the DPRK, they sharply condemned the upcoming naval exercises of the United States and South Korea, calling on Seoul to stop "hostile actions and military provocations."

The South Korean Defense Ministry stated that the maneuvers were aimed at ending the "North Korean provocations."

Ctrl Enter
Noticed a mistake Highlight text and press. Ctrl + Enter
We are
US and South Korea will deter DPRKIn response to the "provocations" North Korea promises a "sea of ​​fire"
18 comments
Information
Dear reader, to leave comments on the publication, you must to register.