What deuce for? Will ministers get reprimanded by the president and what is the point 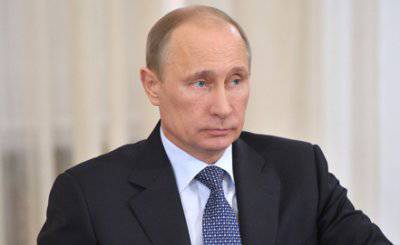 Regardless of exactly what form President Vladimir Putin will assess the work of the three ministers of the social bloc at the meeting with government members scheduled for Tuesday, whether in the form of a severe reprimand, as predicted by the media, or in the form of “exchange of opinions”, as the press Secretary of the Head of State Dmitry Peskov - in any case, this assessment will obviously not be positive. And it’s not at all the slow pace of fulfilling presidential instructions, which were formulated for the implementation of a series of social policy decrees signed exactly a year ago. Although it is this question that is stated as the main topic of the Tuesday meeting. Most likely, we can talk about the general dissatisfaction of the country's top leadership with what education, social policy, and health care reforms look like in a few years after launch.

Obviously, the problem is not in the accountability of the ministries, but in the urgent dissatisfaction with the social sphere in society and numerous purely image punctures of recent times. First of all, it concerns education and health care, as their work is monitored on a daily basis by the whole country, and not only by the authorities. People judge the ministers and the president by hospitals, schools, and salaries in these institutions. And the improvement in individual nosology indices, by and large, is indifferent.

However, these indicators were identified, for example, in the Presidential Decree on improving public health policy from 7 in May last year, the execution of which was entrusted to the Ministry of Health. A significant reduction in the incidence of tuberculosis, a decrease in cardiovascular pathologies and deaths from them, a reduction in the number of people killed in road accidents - all this happens almost ahead of schedule established by presidential decree, according to statistics from the Ministry of Health. As promised, since January 1 standards of medical care have been introduced / true, they are not backed up by staff of appropriate qualifications or drug accompaniment, but this is another matter /. Even the law restricting smoking in public places was adopted on time, despite numerous improvements. And the impression of the work of the department as a whole is still a burden.

The rallies of the disappointed doctors in the 23 regions, whose salaries did not grow this year, as officials promised / after all, 40 billion rubles were allocated from the federal budget for this purpose, but, on the contrary, they dropped after the new year, they easily erased the statistical idyll of the department .

The doctors cut the money, of course, not at the Ministry of Health, but somewhere at the level of governors, but doctors and nurses do not know the names of local administrators of budgets and the government curse with feeling. In fact, Russian healthcare is now falling into two unequal, parallel, existing parts - federal and regional subordination. The federal government allocates money, the regional one distributes it at its own discretion and without further comment. But the salary 90 percent of the country's medical workers depends on those who distribute funds in the field.

There is a feeling that the moment has come when the reforms initiated by 3-4 a year ago by the previous government should be adjusted to reflect interim results. Or their absence. A sober assessment should be given of what can be done on time, taking into account all the specifics of our country, and on what measures it is better to impose a moratorium for the time being. And the three Minister Losers here, in fact, nothing to do with it.

Ctrl Enter
Noticed a mistake Highlight text and press. Ctrl + Enter
We are
About Stalin and KhrushchevMilitary reform as an integral part of the security concept of the Russian Federation: Systematic dynamic assessment
38 comments
Information
Dear reader, to leave comments on the publication, you must to register.