Aziz Arianfar: US strategic failure in Afghanistan and Central Asia is inevitable 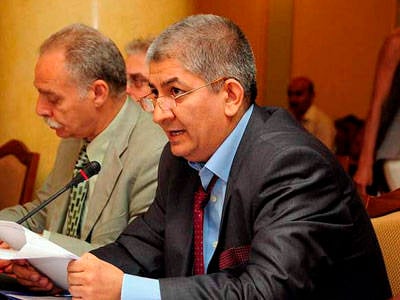 The current US strategy for Afghanistan and the region as a whole is at an impasse. About this, commenting on some of the nuances of Washington’s geopolitical strategy, Aziz Arianfar, director of the Center for Afghan Studies (Germany), said during a virtual round table on the basis of the Central Eurasia project, a REGNUM correspondent reports.


According to the expert, "despite the huge costs (in the amount of several hundred billion dollars), the United States did not achieve any strategic goals, the most important of which were:
- regime change in Pakistan and Iran;
- Strengthening the puppet regime in Kabul;
- Preventing "exit" of China through Pakistan into the Persian Gulf;
- Destabilization of the situation in Central Asia;
- implementation of such pompous transport and communication projects as Nabucco, Traseka, TAPI, construction of the Gwadar-Kushka railway.

On the contrary, the United States is mired in a swamp of endless wars of "exhaustion."

If in the near future there are no fundamental changes in the US strategy at the global and regional levels, especially in the Afghan direction, the situation in Afghanistan after 2014 will only worsen and worsen, and America’s strategic failure in Afghanistan and in Central Asia in general will be inevitable, stressed Arianfar.

According to the expert, "it is possible that the Americans (in order to avoid the complete loss of Afghanistan, the victory of the Taliban and Pakistan, and in the long run - China) will be forced to put on the agenda such initiatives as the neutrality of Afghanistan and the peace process under the patronage of the UN. that the system of the country's political structure will ultimately be confederal: in the east and in the south - the Taliban, and in the north and the west - the mujahideen. "

"In the present conditions, peace and stability in the region can only be ensured by restoring the neutral status of Afghanistan, the signing of a treaty between Afghanistan and Pakistan through mediation and UN guarantees, which would contain three main points: non-interference in each other’s internal affairs, non-aggression, lack of territorial claims to each other "- convinced Arianfar. According to him, “given that in modern realities it is not possible in the near future, that is, there is every reason to believe that the crisis will only deepen.”

And here "Pakistan’s factor is fundamentally important. Pakistan skillfully maneuvers between China and America. On the one hand, Islamabad receives money from Beijing to oust the Americans from Afghanistan, and on the other, it receives a tribute from Washington to help the Americans linger in Afghanistan. " According to Arianfar, “Pakistan’s strategy towards Afghanistan is one hundred and eighty degrees different from that of the United States in that country. Pakistan’s policy is to create a confederation with Afghanistan. In turn, the Americans want a puppet government in Kabul that would listen to their teams, and with which it would be possible to control Pakistan and neighboring countries. "

“Regarding the negotiations, the expert believes, the following should be noted. It is clear that the negotiation process with the Taliban at this stage, as expected, has completely reached a deadlock. However, the possibility of the arrival of a part of the Taliban in the Afghan government as a fifth column Pakistan. But after the 2014 of the year, as soon as the Americans feel that Kabul will inevitably fall, they can leave the city to the Taliban (Pakistan) directly through deals with Pakistan, while the creation of a religion with the assistance of Saudi Arabia and Qatar is inevitable a mixed government structure consisting of Taliban and some mullahs from the northern provinces. However, the Americans will remain in the northern and western provinces. "

Nevertheless, “the war along the borders of the northern and southern provinces will still continue. With the fall of the south and east of Afghanistan, the transition of these parts of the country to the Taliban and Pakistan, the world drug trade and terrorism will be under the exclusive, monopolistic control of Pakistan, which will seriously hurt international security. It is clear that the United States can remain in the north and west of Afghanistan for long periods of time, ”concluded Arianfar.

Ctrl Enter
Noticed a mistake Highlight text and press. Ctrl + Enter
We are
Volodymyr Dergachev: The historical nature of Ukrainian independence is based on the anti-Russian ideaWhy is Russia subject to the West? Tips for Vladimir Putin
14 comments
Information
Dear reader, to leave comments on the publication, you must to register.