Evaluation of the actions of the Russian army in South Ossetia

December 21 2010
6
The response of the Russian army to the situation in South Ossetia was seriously hampered by the fact that the Vladikavkaz-Tskhinval road (167 km) was the only one and had very limited carrying capacity. The troops suffered heavy losses while advancing in columns towards Tskhinval, a large number of accidents occurred. Redeployment of reinforcements by air was not used due to the actions of the Georgian air defense. The duration of the advancement of troops through the Rokk tunnel and the need to quickly concentrate parts from different regions of the country created an impression of the slowness of our command for the average man.

In about a day, the Russian army grouping in the region was doubled. The speed and success of their reaction, as well as subsequent actions, were unexpected not only for the leadership of Georgia, but also for the countries of the West. For three days on a limited and extremely difficult for natural conditions operational direction a group of troops was created, capable of taking effective actions and inflicting a quick defeat on a group of troops of the Georgian army that was not inferior in size.

This bet during the war manifested many shortcomings in the current state of the army, the concept of its development and improvement. First of all, it is worth recognizing that in terms of operational and technical equipment, the army was not ready for such a conflict. During the first day of the fighting, the advantage of the Russian Air Force in the air was not outlined, and the absence of air guards in the advancing troops allowed Georgia to shell Tskhinval for 14 hours. The reason was that the task forces of the Russian Air Force could not allocate specialists to the troops without the parallel deployment of the CP and ZKP. There was no army in the air aviation, Tanks equipment advanced into the conflict zone without air cover. Neither airborne assaults nor methods of helicopter mobile mining detachments were used at the Georgian withdrawal sites. 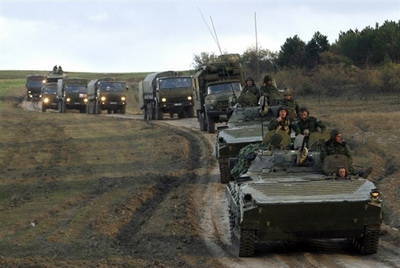 Traditionally, the weaknesses of the Russian army are fighting at night, communications, reconnaissance and logistics. Although in this conflict, due to the weakness of the enemy, these shortcomings did not play a significant role in the hostilities. For example, the absence in the troops of the complex “Zoo-1”, intended for reconnaissance of artillery positions and rocket launchers, complicated the life of the Russian military. This complex is able to detect flying projectiles and rockets and determine the point of shot within a radius of 40 km. It takes less than a minute to process the target and produce the data for shooting. But these complexes in the right place at the right time was not there. Correction of artillery fire was carried out on the radio. Therefore, the suppression of the Georgian artillery was not effective enough, it often changed its position and fired not with the battalion, but with individual guns.

The 58 army of the SKVO had mostly obsolete tanks (75% - T-62 and T-72). For example, the T-72B tank has dynamic protection or “reactive armor” of the first generation. There were a number of T-72BM tanks, but the “Contact-5” complex mounted on them does not withstand hitting tandem cumulative munitions that were in service with the Georgian army. The night sights of our tanks, developed even 30 years ago, are hopelessly outdated. In reality, they are "blind" from the flashes of shots, and visibility is only a few hundred meters. Infrared illuminators are able to increase the range of aiming and targeting, but at the same time they unmask the tank a lot. Older tanks did not have an identification of "friend or foe", thermal imagers and GPS.

In the columns of the Russian troops were all the same BMP-1 "aluminum" tanks with thin armor, primitive observation devices and sights. The same sad picture with armored personnel carriers. Occasionally it was possible to meet the technician equipped with screens or additional armor. To this day, motorized infantry, paratroopers, reconnaissance ride "riding armor", so safer. The machine is not protected from undermining a landmine or armor-piercing projectile, which would have burned everything from the inside. The columns went along the Zar road, leaving not so much padded as broken machinery. Under Java, a part of the attacking vehicle got up, ran out of fuel, had to wait for its delivery from the side of the Rokk tunnel. 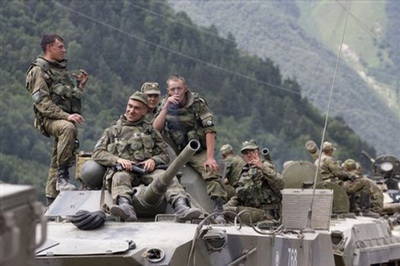 The experience of counterterrorist operations in the North Caucasus had a negative impact on the Russian army. The methods and skills acquired there were ineffective against the fight against the mobile adversary, and the units were hit by firebags of the Georgian military. Also, our units often fired at each other, incorrectly determining their position on the ground. After the conflict, 58 military personnel admitted that they often used American GPS, but after two days of fighting, the map of Georgia became just a white spot. The adjustment of fire was carried out using optical devices developed in the 60-80-s of the last century. Remote sensing of the surface using a reconnaissance satellite was not used, because parts lacked receivers. During the battles, poor organization of interaction between units and subunits was noted.

The Air Force engaged only to a limited extent. Perhaps this was due to political restrictions: for example, objects of transport, communications, industry, government bodies of Georgia were not subjected to attacks from the air. An obvious lack of a modern high-precision air force was noted weapons, primarily with the possibility of satellite guidance, X-555 missiles, anti-radar combat missiles for X-28 (90 km range) and H-58 (120 km range). The main strike weapons of aviation remain conventional bombs and unguided missiles. The Russian group consisted of only one middle-class UAV complex, the Bee. Such a "mechanical insect" weighing about 140 kg. and radius of action in 60 km. well established itself in the Chechen campaigns. Unfortunately, now due to a relatively small resource of application, this technique has physically worn out.

This war showed that the commander of the Air Force, to which the regiments of army aviation were subordinated, in the absence of the corresponding armies in the combined armies, could not actually constitute and plan the work of aviation — to assign regiments and squadrons in the interests of motorized rifle divisions every day. It is unlikely that this is generally possible when the communication system is overloaded with requests from the "infantry". Perhaps that is why army aviation 58 army was not involved for the implementation of operational-tactical assault forces. 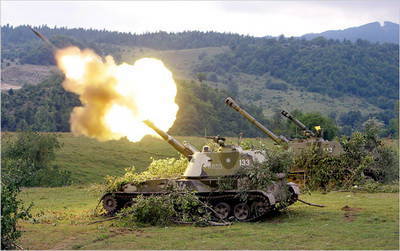 It should be especially emphasized that the control of aviation is complicated by the fact that there are simply no specialists in the use of army aviation in the air armies and in the Air Force apparatus. After the departure of the qualified leadership of the departments and divisions, the “specialists” on the combat use of helicopter formations became the managers from aviation and air defense. So it’s not the fault of the people from the Air Force and Air Defense and the ground forces that don’t know the specifics that they were not ready to plan and put into practice the attached aviation, which was manifested in the military operation of the army.

When analyzing the actions of the army in the conflict, the lack of joint commands (in the US there are already about 20 years) and the rather weak GLONASS grouping and the associated non-use of guided mines and shells such as "Brash", "Centimeter", "Edge", and not using electronic warfare to suppress Georgian air defense. And the most important thing is the late arrival of reconnaissance data (space and radio direction-finding intelligence, radio, EW), who were unable to inform the country's leadership in a timely manner about the deployment and concentration of the Georgian army.