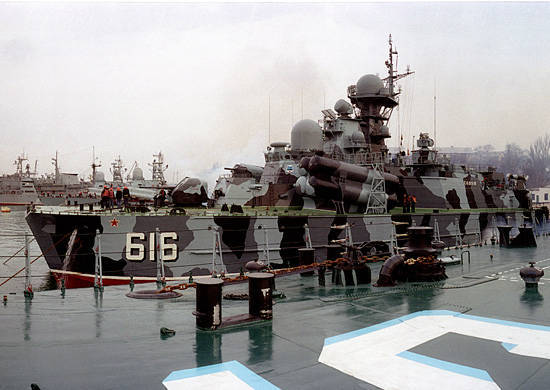 In accordance with the previously agreed plan, the Bora rocket hovercraft (RKVP) of the Black Sea fleet began the transition from Sevastopol to the Turkish port of Istanbul. The visit of the Russian missile ship to the Republic of Turkey is timed to coincide with the international exhibition of modern weapons held in Istanbul, in which Russian companies also take part.


“Bora” will visit a foreign port for the first time since the Navy Flag was raised on it.

It is also planned that the Deputy Minister of National Defense of Turkey for the military industry, Murat Bayar, will visit the PSCC.

An extensive cultural program has been planned for the crew of “Bory”, which includes excursions to the largest city of Turkey.

The return of the ship to Sevastopol is scheduled for 12 May.

Ctrl Enter
Noticed a mistake Highlight text and press. Ctrl + Enter
We are
The missile hovercraft of the Black Sea Fleet “Bor” will take part in the international exhibition in Istanbul
38 comments
Information
Dear reader, to leave comments on the publication, you must to register.