If i had eggs 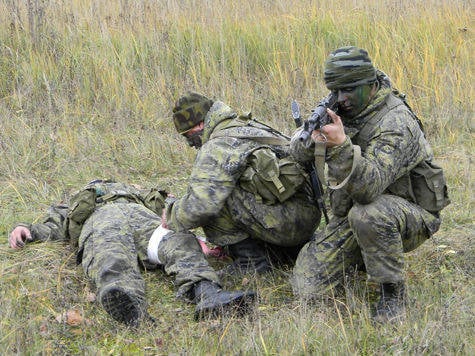 If I had eggs, I would start this note with the words “when I served in the army,” even if I had never actually served. But since I don’t have eggs and I can’t refer to personal experience, talking about the intricacies of military service, I rely on common sense.

So this my common sense categorically refuses to understand why, although Dagestanis are being drafted into the army, they are very few. So little that the President of Dagestan even asked Minister Shoigu to call for them more, and he promised, and this promise caused a terrible confusion among officers and military experts, explained by the fact that Dagestanis, having joined the army, unite on a national basis and begin to criticize everyone - therefore they are not called to the army. And the Chechens, by the way, too. Rather, they serve, but somewhere out there, at home. In Itum-Kale.

From the point of view of my senseless common sense, such a solution to the problem looks so absurd that I cannot even call it a solution. This is not a decision, but surrender: pissed and streamlined. Because if some army recruits dissuade other recruits, then this speaks badly not about conscripts, but about the army. The fact that her officers - the last horse schmuck, who can not restore order in the barracks and force yourself to obey.

In short, what kind of army is this, if it cannot cope with its own Dagestanis?

And how will she then fight with external enemies? Have you thought?

I've been thinking. And I came to the conclusion that in any way. Common sense tells me that our army is a creepy, rusty, unorganized hulk. And all the talk about the fact that Serdyukov successfully carried out some kind of reform is an empty talk, covering the substitution of concepts and goals.

Achievements of his reforms are called cosmetic changes: someone was merged, someone was merged, someone was renamed. But not a word is said about the main thing that characterizes the army - about combat effectiveness. And she, judging by stories with Dagestanis, remained the same as twenty years ago. Cold, snotty conscripts, who are not beaten only by lazy, smart-ass contract soldiers who never go to a dangerous place, and nihilists-officers, who "only get an apartment, and in the coffin, I saw this army."

What about the fact that they raised wages? They couldn’t know how to command, and now they don’t know how - they can't even cope with Caucasian conscripts.

Nothing changes the fact that the soldiers themselves are not cleaning up the barracks themselves, but “outsourcing” women. And the fact that these same women cook food for the soldiers. This is not the main thing in the army - whoever washes the floor and dishes there. This is all secondary. The main thing - how is she fighting? What can she do if war? And will her losses be great?

Because with meat, our army, of course, casts anyone. But this is just not desirable. In any case, I - without eggs.

In the old days, when there was no outsourcing yet, senior officers, praising the army, told about fighters from the provinces who "saw white sheets for the first time here." I always wanted to ask them: “Why do you call them to the army? Show sheets? ”

The enumeration of the achievements of the Serdyukov reform raises the same question: “Why do you call in the army? Feed the dinners that prepared hired women? ”

The main thing is that all this fornication is pronounced with such pathos and so meaningfully that a stranger - without eggs or with eggs - really begins to believe that the army has really changed for the better and is now able to fight effectively and competently.

It is only necessary to remove the Dagestanis from it. And then she was scared.

Ctrl Enter
Noticed a mistake Highlight text and press. Ctrl + Enter
We are
About Stalin and KhrushchevWhat you didn't want to know about England
79 comments
Information
Dear reader, to leave comments on the publication, you must to register.