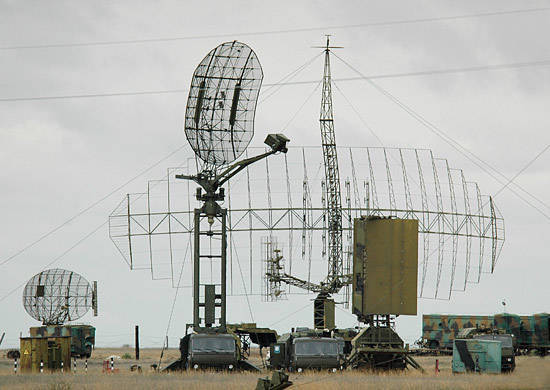 As autonomous means of target designation, BBO is also part of the Triumph C-400 air defense missile system, which is in service with anti-aircraft missile regiments of the Aerospace Defense Forces, which are on combat duty to protect the aerospace boundaries of Moscow and the central industrial region.

In total, this year, around 20 of new radar stations of various modifications will be supplied to the radio engineering units of the Aerospace Defense Forces. Among them are the radar stations "Gamma-S", "Nebo-U", "Podlet-K", as well as all-altitude detectors.

In the armament of the radio engineering units of the Armed Forces of the East Kazakhstan region in 2013, the modernized radar facilities Desna, Casta and others will also be supplied.

Ctrl Enter
Noticed a mistake Highlight text and press. Ctrl + Enter
We are
The advantages of the “Nebo-M” complexes in the anti-missile link of the Russian Aerospace Force of the Russian Federation: irreplaceable assistants of “Voronezh” and “Podletov”The first buyer of C-400 "Triumph" was China
41 comment
Information
Dear reader, to leave comments on the publication, you must to register.