Completed supply of Scjeld class boats to the Norwegian Navy 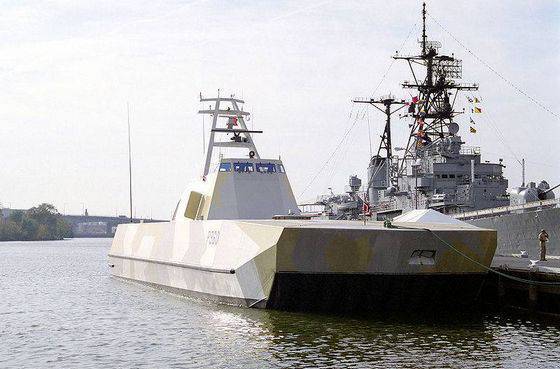 DCNS announced the sixth and last Skjeld Fast Reaction Craft, upgraded to the production version of the Norwegian Navy, on April 26.


3,7 billion contract nr. CZK (723 million) for the construction of 6 boats The Norwegian Armed Forces Logistics Organization (NDLO) concluded in November 2003 with the SPJ (Skjold Prime Consortium) consortium of DCNS and the Norwegian companies Umo Mandal and Kengsberg Defense End Aero Space ". In accordance with its terms, the SPC consortium was to supply the Norwegian Navy 5 with new ships (Storm, Scudd, Stiyl, Glimt and Gnist), as well as a prototype Skjeld, used for testing. DCNS was the designer and supplier of combat systems for boats.

New boats are planned to be used to protect the territorial waters of the country, patrolling maritime borders, primarily in the northern regions, ensuring safety at sea, conducting search and rescue operations, protecting mineral deposits on the continental shelf, as well as during international crisis management operations. .

In October 2012, NDLO signed additional contracts with DCNS for the maintenance and upgrading of the Zenit 2000 command and control system installed on Skjeld-class ships for a four-year period.

The command and control system is adapted to the conditions of use, which made it possible to reduce the crew size to a minimum. Communication and surveillance systems are fully compliant with NATO requirements for participation in international operations.

The main armament of the ship consists of two quadruple launchers with 8 ASM NSM from Kengsberg Defense End Aerospace and 76-mm Super Rapid rapid-fire artillery, capable of hitting targets at a distance of up to 12 km.

Ctrl Enter
Noticed a mistake Highlight text and press. Ctrl + Enter
We are
Armored Vehicles Market in the Middle East in 2005-2012 and forecast for 2013-2016Fifth high-speed patrol boat P965 Gnist of the Skjeld project delivered to the Norwegian Navy
50 comments
Information
Dear reader, to leave comments on the publication, you must to register.