13 May 2013
12
For a long time in a hand gun weapons, and not only in it, strive for modular design. It is impossible to talk about this only in a positive or only negative way, since, like any trend in the development of weapons, the modularity of the design has its negative and positive sides. But to deny that with the modular design of weapons, one can achieve significant savings in the production of weapons of various types for their purpose and characteristics. True, this can never be achieved, since it is required that only those samples that are combined are in service, so you can not dream of a submachine gun, automatic machine gun, light machine gun and self-loading sniper rifle on one base, although you can do it all Moreover, it has already been done for a long time. Nevertheless, the modular design of the weapon has the right to life, though with very limited potential, as, for example, in the Fortmeier Mod 2002 sniper complex considered below.

Immediately it should be noted that this complex is often considered as just a large-caliber sniper rifle, but in this case it is wrong. The thing is that the weapon is relatively young, it was first shown in the 2010 year, and it is shown exactly as a CWS, and the fact that in the plans to make the weapon multi-caliber for some reason everyone missed. However, this is not surprising, since many manufacturers, demonstrating new weapons, declare their multi-caliber later, but it does not go further than statements. Manufaktur Heinrich Fortmeier went to the end and didn’t stop creating one type of weapon, but made it really a sniper complex that can use ammunition from 7,62 to 12,7 millimeters. Let's try to figure out what kind of weapon it is and how much it is in demand. 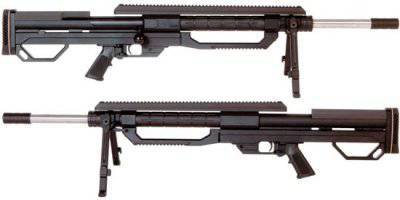 First of all, attention is attracted by the appearance of the weapon, which is quite unusual even by modern standards. Separately, there are strap fasteners under the barrel and on top of the weapon, which are made as separate parts of the rifle itself, and the lower strap mount also serves as a handle for carrying the weapon for short distances. A long seat on top of the rifle allows you to set a variety of sights, including open, which are always welcome on the weapon in case the telescopic sight fails. I don’t understand the purpose of the picatinny lower bracket, since the bipod of the weapon is not attached to it. The rifle butt is fixed, it does not have the ability to adjust in length, as well as the height of the cheek rest, which can be attributed to the negative qualities of the weapon. 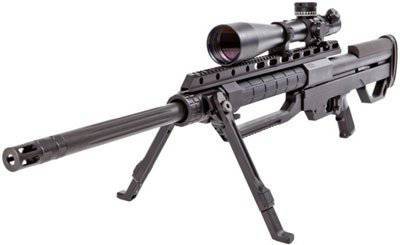 Sniper complex Fortmeier Mod 2002 regardless of its performance single shot. The basis of the weapon was a longitudinal sliding bolt locking the barrel when turning. Manual reloading, using the shutter handle on the right side of the weapon with a rather large handle. The barrel of the weapon is free-hanging, it is fixed only in the receiver and nothing else concerns. In order to ensure comfortable shooting, the butt is equipped with a rubber butt pad, as well as starting with .408 Chey Tac cartridges and then a muzzle brake-recoil compensator is installed. It is noteworthy that when using less powerful ammunition, just a slit flame arrester is used, although with the .338 LM ammunition, the same DCT would be anything but superfluous. The trigger mechanism of the weapon does not have the ability to adjust and has a fixed triggering force 1,3 kgf, which also can hardly be attributed to the positive features of this weapon.

Separately, it is noted that, despite the rather large variety of possible used ammunition, their list will expand further, but only after the versions of the weapon with silent firing devices in main calibers are worked out. The transition from one caliber to another is carried out in a rather expensive way than simply replacing the barrel and bolt, but the replacement is really quick without a loss in accuracy of fire and durability of the structure. The weapon itself is divided into two parts. The front part is changed completely in the remaining only the shutter is replaced. However, no one bothers to change only the barrel of the weapon, but this is a rather long exercise with the use of tools and in the field conditions is impossible.

What exactly is the advantage of this sniper complex over other similar developments is difficult to say at once, especially considering that it is not only expensive to have several calibers on hand, but it is also hard to wear. Positive qualities include a very high quality of production and, as a consequence, high precision weapons. A fairly impressive list of ammunition is also clearly not a negative quality, although if you take the real needs, you could do with three options that would completely cover all the needs of any shooter. The cost of both the weapon itself and the additional modules for changing the ammunition used can be immediately attributed to the weapon’s cons. The inability to adjust the stock for the anatomical features of the shooter, as well as the impossibility of adjusting the trigger, are also obvious drawbacks. Well, everything else odnozaryadnost. 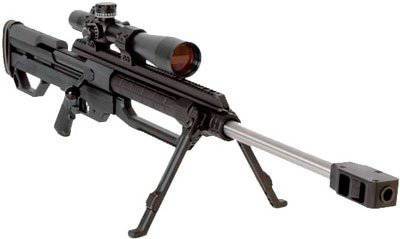 In general, this sniper complex, in my opinion, is clearly damp and unreasoned, since, despite all its characteristics, it has no “target audience”. For the military, weapons are expensive and have many cheaper and more flexible competitors with almost the same characteristics, if not higher. For athletes there is not enough opportunity to adapt the complex under the arrow. Only the civilian market remains, but even here the complex is clearly intended for hunting, rather entertaining firing. In general, the weapon still needs to be cut and sawed, but this is just my opinion.

Ctrl Enter
Noticed oshЫbku Highlight text and press. Ctrl + Enter
We are
Sniper fire in local warsWhat should be a modern sniper (part of 1)
Military Reviewin Yandex News
Military Reviewin Google News
12 comments
Information
Dear reader, to leave comments on the publication, you must to register.