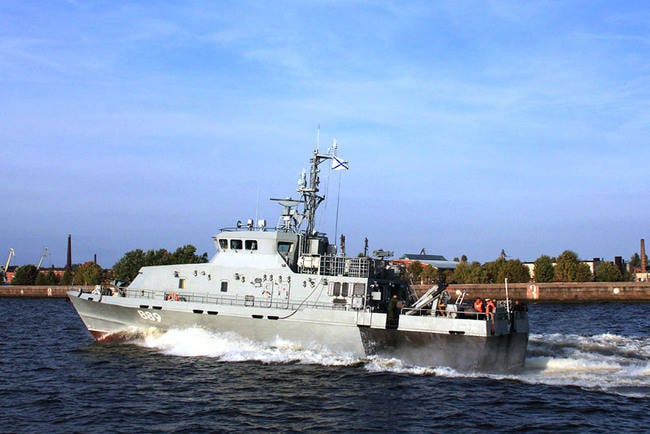 Boats of this project are designed to protect the water areas of the naval bases of the Russian Navy. Modern equipment and high seaworthy characteristics allow them to solve a wide range of tasks peculiar to ships of much greater displacement.

The solemn event, held on the eve of Victory Day celebration - 9 May, is scheduled to be attended by representatives of the Russian Ministry of Defense, ministries and departments of the Republic of Tatarstan, managers of the Zelenodolsk municipal district, JSC Ak Bars Holding Company, as well as representatives of the designer and counterparty organizations.

Brief tactical and technical characteristics of the XAPE XAP project:

On the same day, a ceremonial launch of a new hydraulic press, intended for three-dimensional bending, will take place in the body building shop of the plant. This state-of-the-art automatic installation allows bending sheet metal up to 20 mm thick. Its launch is one of the stages of modernization of shipbuilding production in the framework of the program of technical re-equipment of the enterprise.

Ctrl Enter
Noticed a mistake Highlight text and press. Ctrl + Enter
We are
Fourth RookAt JSC "Zelenodolsk plant them. A.M. Gorky "will mark the fifth of a series of anti-diversion boats of the project 21980
65 comments
Information
Dear reader, to leave comments on the publication, you must to register.