On the activation of the anti-Syrian forces 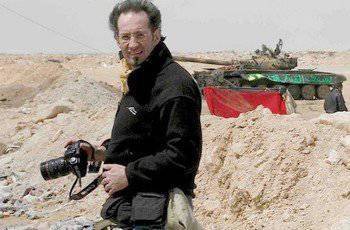 After the delivery of Obama’s message to the President of Russia in the information space of Russia, 15’s April delivery sharply lowered the media rating of Syria, and then, simultaneously with the daily series of terrorist attacks in Damascus, Moscow began a number of significant anti-Syrian provocations.

For reference: If at the beginning of 2013 on average per day in the Russian segment of the Internet (Internet) there was about 2500 - 3000 (including reprint) messages on Syrian topics, then at the end of April there were on average only 1500 - 1600, with the beginning years, as a rule, the messages had either positive or neutral coloring; at the end of April, the messages were more likely to have neutral coloring.

This is a provocation with the mythical shelling of a Russian aircraft in the sky of Syria (it was established that the crew did not send or send any alarm messages about the state of emergency to the dispatchers in Syria and Russia, the Syrian air defense officially announced that there were no signs of this shelling), following which was immediately followed by the sanctions of the Federal Air Transport Agency for refusing to fly Russian aircraft through the territory of Syria, which puts the same situation in a difficult position Aviation The Ministry of Emergency Situations even objectively creates obstacles to the aviation transport supply of necessary supplies to Syria from Russia. Given the possible attack on the seaports of Syria, this unfriendly act can be considered as another step towards organizing a transport blockade of Syria.

Immediately after the provocation with the plane, the provocative film “AK Territory” was shown by Vadim Fefilov on one of the central channels of the Russian Federation - on NTV channel, humanizing and, in fact, following the model of the first Chechen war, advertising SSA and Al Qaeda in Syria. The classics that it is the faces of the heroes of the film that determine the sympathies of the audience, especially when the authors deliberately keep silent about the victims of these lovely young fighters for democracy and young female snipers. As a reporter, Fefilov knows all these elements of journalism perfectly. I note that due to the inhuman bloody specifics of the war in Syria, we, in our reports, for example, do not consciously show the faces of soldiers of the same age, so that then the glorified NTV fighters for democracy would not cut out their relatives. As, apparently, quite by accident, the author of the film forgot to show, in addition to the cute Syrians, foreign mercenaries and members of Al Qaeda ... 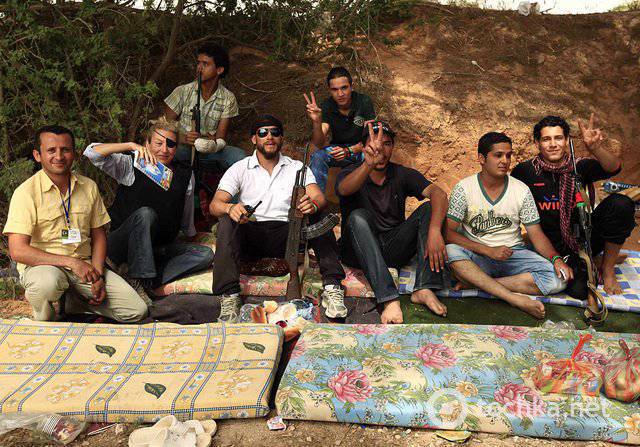 It should be noted that without a team from the Kremlin, such a film, in principle, could not come out on screens, just as the task for its shooting could not have been issued. Taking into account the serious risks of the television group of one of the leading central channels of the Russian Federation to be captured by the sallafits, the NTV group trip itself could not be carried out without the traditional official directive of the Russian Foreign Ministry to the Russian embassy in Turkey, as well as the extraordinary efforts of the Russian special services to obtain immunity guarantees from the SSA and ensuring contact with high-level field commanders ("generals").

And the fact of illegal entry into the territory of sovereign Syria in the city of Aleppo from Turkey, along with the militants of the NTV television group, is a frankly unfriendly criminal act. Obviously, without such support, all this, in principle, could not have happened. Let us imagine for a moment that one of the Syrian TV channels illegally sent smuggling trails to the Wahhabis in the mountains of Dagestan, and then shows the pretty young faces of the mountain fighters for freedom and democracy on the central state television channels of Syria. At a minimum, I think the Ministry of Foreign Affairs would give the note ...

There is also a misinformation about the events in Syria, with the same subject allegedly strikes the Israeli Air Force. Other news talking about almost capturing 70% territory by bandits.

All of this speaks of a noticeable intensification of pro-American anti-Syrian forces in Russian power corridors with open pressure on the Kremlin by President Obama and the American lobby in Moscow, aimed at a turn of public opinion on Syria.

Ctrl Enter
Noticed oshЫbku Highlight text and press. Ctrl + Enter
We are
Weekly summary (9-15 of January) on the military and social situation in the DPR from the military officer "Mag"
Military Reviewin Yandex News
Military Reviewin Google News
37 comments
Information
Dear reader, to leave comments on the publication, you must to register.