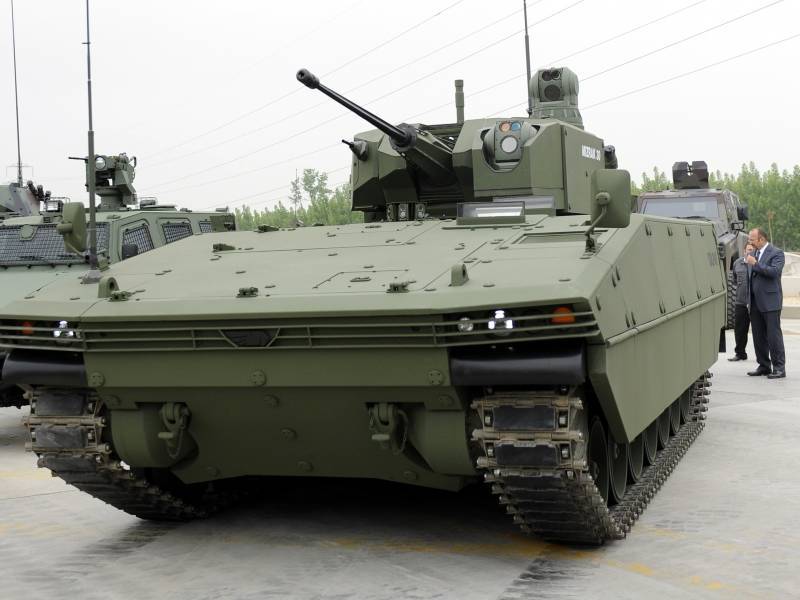 The BMP platform is a modular design and can later become the basis for various special tools. According to the concept, the BMP "Tulpar" is similar to the Swedish infantry fighting vehicle CV-90.

Arms BMP is a combat module «Mizrak 30» with remote control. Armed with a 30 mm caliber cannon and a 7,62 mm caliber twin machine gun.

To increase the level of security of the machine, in addition to the main armor, mounted modules of composite armor of various manufacturers and active protection complexes (KAZ) can be used.

The new BMP will be demonstrated in Istanbul on May 7-10 at the IDEF 2013 exhibition.
Ctrl Enter
Noticed a mistake Highlight text and press. Ctrl + Enter
We are
Everything is at home: Turkey is committed to an independent military industryTurkey began testing anti-tank missiles MIZRAK-U
68 comments
Information
Dear reader, to leave comments on the publication, you must to register.