4 May 2013
286
Not so long ago, an article was published on the website “Military Review”, which dealt with the painful topic for our country of attempts to demonize the image of the Soviet soldier-liberator, and of Russia itself, which (attempts) are now actively undertaking in a number of Western states. The article caused quite a heated discussion, in which the voices of several readers stood out in a special way. The meaning of the posts of these gentlemen was that the author, they say, lets in "on the air" some information provocation. They say that, in fact, the West is not at all trying to demonize the victorious soldier, and with it the whole of Russia, but on the contrary, continues to treat the Great Victory with reverent feelings. 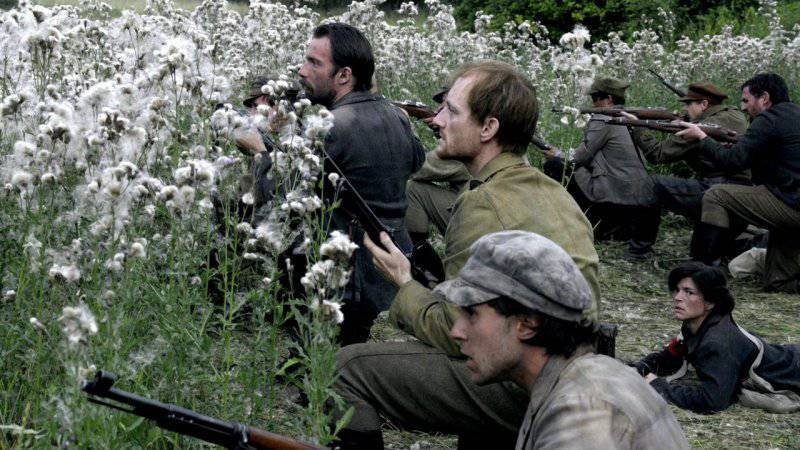 The fact that German schools in the section “Foreign Literature” officially introduces the study of the very specific work of Alexander Solzhenitsyn “Prussian Nights” about the “atrocities” of Soviet soldiers in Germany in the last months of the war; the fact that the monuments to Soviet soldiers are increasingly turning into objects for abuse; what Western textbooks correspond in a suspiciously one-sided manner stories World War II; the fact that articles about “Russian barbarians in Europe” appear in the German media, which are based on the quotations of Joseph Goebbels - apparently, they were not particularly impressed by the gentlemen, who saw this only as a provocation by the author of the material in the “Military Review”. For some reason, these same gentlemen did not deign to see provocations from those who are engaged in the real defamation of world history. And if so, then it is foolish to enter into a discussion with the authors of posts of the specified content. It will be much more useful and more effective to continue the material by covering the new facts of clearly anti-Russian pressure from a number of Western structures, and even entire states.

The next blow to the status of the Soviet soldier-liberator was now dealt by German filmmakers. During the celebration of the parallel years of Germany in Russia and Russia in Germany, German director Philip Caldebach decided to present the German people "his own truth about the war" in the form of the film "Unsere Mütter, unsere Väter". Against the background of the story about the “adventures” of German friends on the Eastern Front, the author’s intention to show from the most unattractive side of Russian soldiers, who, according to the director, saw the main target of mass rape of German girls and women and the massacre of wounded in the hospitals they occupied, stands out. . Apparently, Caldebach was “impressed” with the speeches of Joseph Goebbels, who at one time described the Soviet servicemen as “steppe scum” who go to Germany solely to rob, kill and rape.

It is noteworthy that Caldebach, in the “best traditions of the genre,” is moving away from showing how those obviously few Soviet soldiers who committed pogroms and raped German women in Germany were sent to the tribunal, even despite the regalia and merits they received during the war. Really! Why is it to show the German audience - you can still, what good, dispel the impression formed during the film about the "Soviet barbarity".

After the release of the film “Our Mothers, Our Fathers” on German screens (the film was shown on the ZDF channel), the Russian Foreign Ministry sent a protest note to Germany. The Russian Ministry of Foreign Affairs, in its note, states that it is absolutely unacceptable to attempt to compare the mass atrocities of the Nazi troops on the territory of the Soviet Union during the Great Patriotic War and the excesses of individual Soviet soldiers and officers, who were also severely punished for the crimes committed. against the civilian population.

The film, which demonstrates exclusively the "atrocities" of Russian soldiers and Polish partisans (amazing one-sidedness of German directors, isn't it, considering who and against whom launched the great war), was named in Germany as a cultural event of the year ... If you use the same terms, it’s hard to imagine what else the “cultural” events were prepared by our German “partners” in the framework of the cross year of culture of the Russian Federation and the Federal Republic of Germany ... Perhaps materials about Adolf Hitler’s “inhuman bringing to suicide” or “cruelties of steel” Hradec in the battles against the German Army ... "After the publication of Mr. Kaldebaha film with producer Nico Hofmann support, had offered to" the truth about the war "10 million euros, and these stories do not seem to be impossible for German filmmakers ...

It should be noted that outraged by the film were not only the Russians and citizens of Germany, who have Russian roots. In Poland, the "creation" of German filmmakers also caused an uproar. This is due to the fact that in the film the Polish partisans are shown by some bloodthirsty monsters. This interpretation of the events of the Second World War from the side of Caldebach led to the fact that Polish politicians sent a written protest to the ZDF channel in connection with the release of the film on the screens.

In this regard, as usual, there will be those people who will say: what do you let the German filmmakers down? They say, unless in Russia do not remove anything like that. "Bastards", for example ... Or the production and play of Alexei Guskov in the Ukrainian-Russian-German film "4 of the Day in May" ... Yes, they are shooting. This is the sad moment. But only in Russia, people responsible for film screening have enough wit and will to come to their senses in time and make films of a very specific “military” content from the rental, as was the case last year with the same “4 Tage im Mai”. And there are decent people like Vladimir Menshov, who refuse to recognize the artistic value of films, the authors of which are engaged in cheap defamation of history. I would like to hope that in Germany they will also re-evaluate the cultural significance of the film Kaldebach considered above.

Continuing the conversation about the fact that in a number of Western countries it is becoming more and more popular to exhibit Russia as the main world monster, it is worth touching on one more “artistic” work. This time, the Scandinavian “partners” decided to check in, having decided to use the book “Occupied” by the Norwegian writer U. Nesbe for the shooting of his “film masterpiece”. Recently, we have already managed to get used to the fact that the occupiers of us and our ancestors are called representatives of the authorities of the Baltic states, Georgia or certain areas of the west of Ukraine. However, the topic of the Russian occupation of Norway is, you see, something new ... Did Mr. Nesbyo become infected with the “occupation syndrome” in Estonian or Latvian fans of his work? ..

However, in his book, which Swedish cinematographers have suddenly gathered to film, Nesbe writes not about the past. His eye attracts only the future of Europe. And in this very future, the Norwegian writer sees, for some reason, not the threat of the dominance of radical Islamists in his own Norway, and not the threat of cultivating sodomite relations among his compatriots and other democratised Europeans, but ... oh, horror - the occupation of Norway by Russia. Nesbe in the genre of some artistic analytics of geopolitical processes writes that Russia allegedly may in the near future launch an invasion of Norway under the slogan of ensuring uninterrupted oil supplies to partner countries. Stormy, however, fantasy ...

The film on this book has not even started to shoot, and the rights to show it have already managed to buy two European channels: Arte (France and Germany) and NRK (Norway). Apparently, the leadership of these channels is sure in advance that the film “Occupied” simply cannot but arouse interest in a certain number of Europeans, in which the spirit of Russophobia is fueled from a very early age. But why do Norwegian and Swedish creative gentlemen not want to present a film to their compatriots about how entire neighborhoods of Scandinavian cities are dominated by hijabs and black dressings with Wahhabi quotations made in Arabic script? Why not make a film that some parts of Oslo resemble, rather, African “oases”, in which people do not know a word in Norwegian? Why about this (real) occupation of Scandinavia - nothing, but about anti-Russian phobias - both books and films? Apparently, these are the fruits of the long walking of Mother Europe through the labyrinths of their own multiculturalism and tolerance. To tell the truth about radical Muslims is a taboo, since it can be linked to the violation of human rights, but to present another lie about Russia is the very thing for a European man in the street who grew up in Russophobia during the Cold War.

So in fact, the point is that the Cold War has been left behind, that Europe is being torn apart by completely different problems, completely different threats are confronting modern European society. But, apparently, the narrow-mindedness of European civilization is today so strong that it would be better there to exaggerate the image of the “old adversary”, rather than convey to the understanding of one’s own society the presence of opponents and threats of new ones and more real ones.

Ctrl Enter
Noticed oshЫbku Highlight text and press. Ctrl + Enter
We are
Is there a solution to the problem of patriotic education of young people? Private initiativesIn the West, launched a campaign to demonize the Soviet soldier - the winner
Military Reviewin Yandex News
Military Reviewin Google News
286 comments
Information
Dear reader, to leave comments on the publication, you must to register.