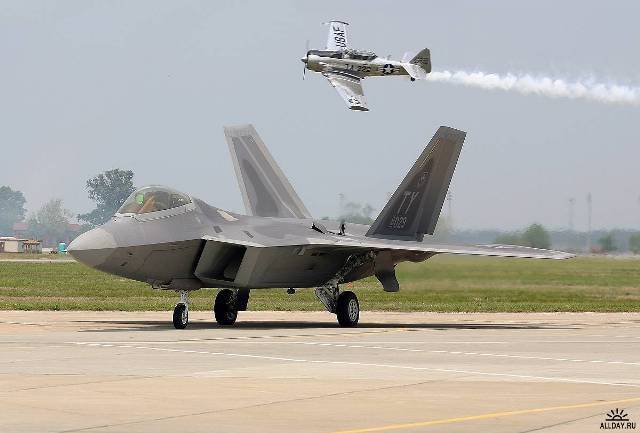 Not so long ago, the US Navy at the aerospace conference presented a "principled concept" of the sixth generation fighter company Boeing, which immediately caused heated debate, mil.huanqiu.com reports on April 24.


Currently, fifth-generation fighters, such as the F-22 fighter created in addition to the F-35, are facing an "endless stream of technical problems," technological demonstrators of the Russian T-50 and the Chinese J-20 (in the photo) are still in the flight tests, other countries are planning to develop machines of the fifth generation "only on paper."

American companies Lockheed Martin, Northrop Grumman, Boeing, as well as other aerospace giants are eyeing the possibility of creating a sixth generation fighter. To create a promising combat aircraft that would meet the requirements of 2030-2060's air and sea wars, variable-duty engines, a full range of stealth technologies over the entire radio wave range, artificial intelligence and unmanned aircraft technology are considered as key technologies. Russia even expressed a more conservative assumption that the sixth generation fighter would “grow” straight from the fifth as its modernization.

It seems that the competition for the sixth generation has already started. Different visions are expressed, for example, an unmanned fighter capable of operating both in the air and in space, and equipped with high-energy laser weapons, but the current level of technological development pours a tub of cold water on such enthusiasts.

An unmanned fighter can maneuver with significantly higher overloads due to the absence of a pilot, and may be smaller than a manned fighter. But the dynamic situation in air combat, including the need to evade enemy missiles, requires a quick reaction. A computer with artificial intelligence that plays Go can perform billions of operations per second, but cannot compete with human intelligence in speed of decision making. In addition, control of an unmanned fighter for a thousand kilometers inevitably entails delays in sending control signals. You say that the speed of electromagnetic waves is equal to the speed of light, what's with the delay? In fact, the sending of signals on board an intensively maneuvering fighter will inevitably come with some delay. Even the use of an early warning aircraft as a control platform will not eliminate this problem. It is also stated that the F / A-XX pilot can control several UAVs, but the enemy can use strong electronic interference, which can interrupt contact with the UAVs from the manned fighter.

When developing fighters of the second-third generations, the task was set to achieve the highest possible maximum speed, the fourth generation did not set such tasks, and on the fifth generation the speed factor was generally considered secondary. However, in the development of machines of the sixth generation, the factor “speed - height” may rise.

In 2009, the United States Air Force initiated the creation of turbofans with variable duty cycles, which in principle can give the fighter speed 4-5М. At the same time, fantastic requirements emerged so that the fighter of a new generation could reach near-Earth space. The United States created several prototypes of hypersonic devices at speeds above 5M. Reusable unmanned spacecraft X-37 Orbiter can perform the role of a space fighter.

But if you see a picture of how a space fighter emerges into the atmosphere and hits aerial targets, this is, of course, beautiful, but such an application is tantamount to shooting sparrows from anti-aircraft guns. Worse, ordinary fighter jets can fire a space enemy as they enter the atmosphere. For example, the United States using an anti-satellite missile launched from an F-15 fighter can destroy a satellite in low-Earth orbit.

It is believed that the new fighter can be equipped with revolutionary combat systems such as directional energy weapons (lasers) and hypersonic kinetic weapons. For years, the United States Air Force experienced an ABL airborne laser aboard a Boeing-747, but did not achieve significant results.

The difficulty of defeating a fighter with a laser weapon lies in the fact that its dimensions are very small, moreover, it can maneuver intensively. To hit a narrow laser beam in such a goal is very problematic, besides, the beam must affect the target for at least 12 seconds to cause its destruction. Thus, the "laser artillery" has its significant drawbacks.

In the foreseeable future, with the development of electronic technology, the “invisibility” of stealth aircraft will be more and more unsteady. For example, the deployment of a multi-radar network has shown that such a system is capable of detecting stealth aircraft.

Information that the United States Air Force a few years ago conducted a computer simulation of F-22 air battles with fourth-generation F-15 and F-16 fighters (144: 0 score) in real battles can never be achieved.

What will be the sixth generation of fighters? To answer this question, wait for the moment when fifth-generation fighters "will undergo the baptism of war." Then the answer will be clear, the Chinese source believes.

We are in Yandex Zen
Northrop introduced the concept of the sixth generation fighter
New photos of the Chinese fighter Chengdu J-20
74 comments
Information
Dear reader, to leave comments on the publication, you must to register.