6 May 2013
10
Victor Platonovich Nekrasov (1911-1987) - Soviet writer, dissident and emigrant. Member of the Great Patriotic War. Winner of the Stalin Prize 2-th degree 1947 of the year. Received an award for the work that made him famous, the story "In the Trenches of Stalingrad." This story was the first post-war artwork about the war in a unique genre, which later became known as "trench prose." Because of his political views and life position, the writer was forced to leave the USSR and move to France. In 1987, in Paris at 77, Mr Nekrasov died of lung cancer, was buried in the cemetery of Saint-Genevieve-des-Bois.


Viktor Nekrasov was born in Tsarist Russia in Kiev 17 June 1911. He came from an intelligent family, his father was a bank clerk, and his mother was a doctor. In early childhood, he was taken away by his mother to Lausanne, where she finished her studies at the medical faculty. After Lausanne, the family temporarily moved to Paris, but with the start of the First World War, the Nekrasovs returned to Kiev. They returned to their homeland in the 1915 year, hoping to find comfort and protection here, but they found themselves in the pool of civil war.
It is a curious fact, but in Paris in 1915, Nekrasovs lived in the same house, in neighboring apartments with the future People's Commissar of Education of the Soviet Union Lunacharsky. In France, little Victor began to speak French, he would learn Russian later.

By the beginning of the new era, the recent Europeans of the Nekrasovs reacted as an inevitable evil with which they could not fight and began to resolutely adapt themselves to the iron tread of the new century. The future writer was sent to study at an advanced trade union railway school, after which Nekrasov enters the university's 2 immediately - at a building institute at the architecture department and at a theater institute at the acting department. In 1936, Victor graduated from the Kiev Construction Institute, and the following year, the studio at the Russian Drama Theater. Prior to World War II, Viktor Nekrasov had time to work first as an architect, and then as an actor and theater artist in various theaters: in Kiev, Kirov, Rostov-on-Don, and even in Vladivostok. The first literary experiences of Nekrasov, which, however, were of a “home” nature and were not intended for the general public, are attributed to this time. 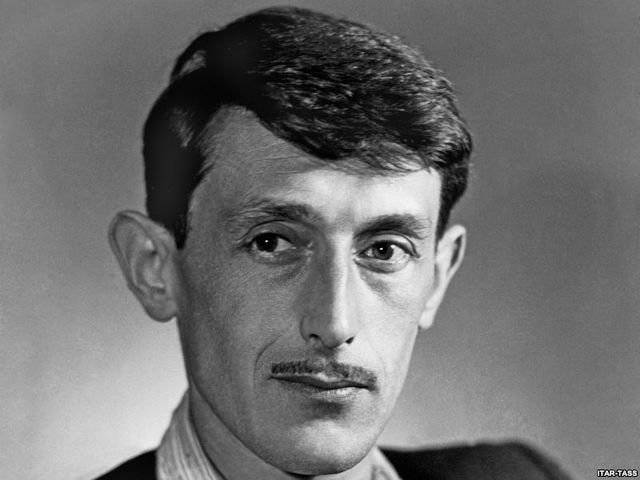 Viktor Nekrasov hit the war on Hitler's Germany in August 1941. As a person with a building education, he was sent to the engineering troops. The former architect became a first regimental engineer, and then commanded a demining battalion. He took part in the battles at Stalingrad, in Ukraine in Poland. During the war years he was wounded twice. He met the culmination of the world massacre on the Volga, in the trenches of Stalingrad, he spent all the 200 nightmarish days of onslaught and defense. Memories of these days and the battle for the city will later form the basis of the most famous book of the writer. At the beginning of 1945, in the rank of captain, Nekrasov was demobilized from the army for disability after being wounded. During the war Nekrasov joined the Communist Party (expelled from the Communist Party in 1973 year). He was awarded military orders and medals: the Order of the Red Star, medals "For Courage" and "For the Defense of Stalingrad."

Yesterday's captain of the Red Army, wounded in a battle near Warsaw and demobilized from the army at the beginning of 1945, returned to his native Kiev, got a job in the local newspaper "Soviet Art", where he worked until 1947. Viktor Nekrasov wrote his most famous story almost immediately in Kiev, a former architect and actor did it without any preparation. This artwork was written in such a new and fresh language and so honestly that the debut of a novice writer already in 1946 was published in the eminent Moscow military magazine Znamya.

This work of art was the story "In the Trenches of Stalingrad." She was devoted to a grueling, trench, rather than fanfare war, told the reader about the war as a kind of very hard work and was written in a very gloomy, almost documentary form. This story brought Viktor Nekrasov genuine fame and popularity. The book was reprinted in several million copies and translated into 36 languages ​​of the world. For the story "In the Trenches of Stalingrad," after reading it by Joseph Stalin, the writer in 1947 was awarded the Stalin Prize 2 degree. Later, based on this artwork, the movie “Soldiers” was shot, which was awarded the prize of the All-Union Film Festival. One of his first big film roles in this film was played by Innokenti Smoktunovsky. 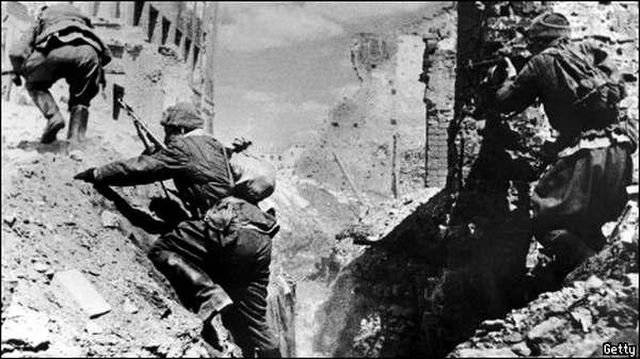 However, the “safe conduct” of the Stalin Prize did not extend to the writer's further work. The fact that Viktor Nekrasov wrote later, as a rule, was criticized by the governing ideological services of the USSR. So, in particular, it happened with the story "In his native city" (1954 year), which told about the dramatic fate of former front-line soldiers, who, upon returning to their long-awaited peaceful life, faced difficulties of ruin, ruin, impenetrable party-bureaucratic heartlessness. The story “Kira Georgievna” (1961 year) was criticized, in which the causes of spiritual devastation, conformism, moral ailments of the part of the Soviet intelligentsia Nekrasov explained the lack of air and freedom that was corrupting society.

The official Soviet criticism met with the bayonets and essays of the writer, which he wrote on art. So his article "The words" great and simple "(1959 year) was criticized for rejecting the pompous heroic pathos that took people away from the truth. The article about the modern architecture “About the past, present and a little about the future” (1960 year) was criticized for writing in it about the miserable monotony and tasteless monumentality of the then Soviet style of urban planning. The aesthetic views of Viktor Nekrasov in those years were classified as ideologically evil.

The real persecution of the writer began after Nikita Khrushchev turned against the foreign essays of the writer “On both sides of the ocean” (1962 year). The Secretary General then declared that Viktor had no place in the party. Nekrasov was ceased to be printed, at meetings he was stigmatized, a personal case was brought against him and a reprimand was pronounced. After the fall of Nikita Khrushchev, the writer was temporarily left alone again. But in 1969, because he signed a collective letter in defense of the Ukrainian dissident Vyacheslav Chernovil, and also took part in a speech on the 25 anniversary of the execution of Jews in Babi Yar, a personal case was again initiated against Viktor Nekrasov, which ended with the 2- go strict reprimand. 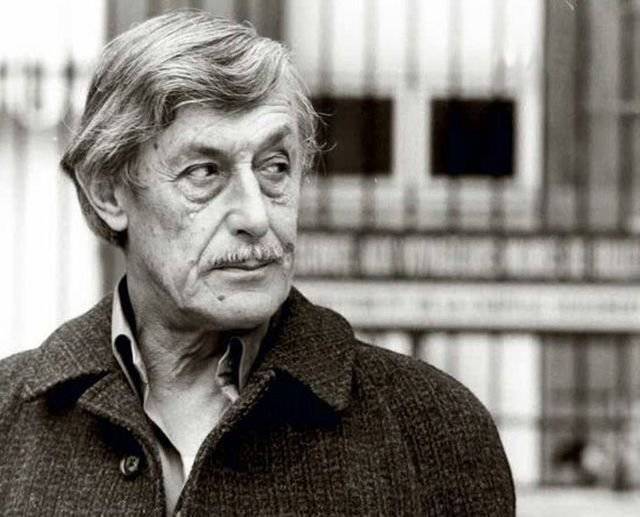 In 1973, the writer was expelled first from the CPSU, and then from the Writers Union. After that, they were taken over by the KGB: listening to the phone, spying on the street, humiliating search with the seizure of manuscripts and books, frequent interrogations at which he was given to understand that if he did not “correct” or leave the country, he would have to go “to places not so distant. " So in 1974, Viktor Nekrasov, in fact, was pushed into exile. After speaking on the radio in 1979, he ironically responded to Brezhnev's “trilogy”, mainly about its military unit “Little Land,” Nekrasov was deprived of his Soviet citizenship. After that, for almost a decade 2, his books were not published at home, they were removed from libraries, and the name of Viktor Nekrasov was forbidden to be mentioned in the press, it was even deleted from bibliographic references.

Nevertheless, his books survived him, leaving a noticeable mark on Russian literature. Of course, his first book, In the Trenches of Stalingrad, became his main book. Which was the highest artistic achievement of the writer. Later he wrote several very strong stories about the Great Patriotic War, for example, "Sudak" (1958 year) or "Second Night" (1960 year). These works can be put on a par with his first story, but not above it. The book "In the trenches of Stalingrad" was the first in the domestic literature, which was not about the war, but from within the war. This was not a narrator's narration, but a direct participant who was at the forefront of the battle. This story seems to have returned to all the "entrenchments" of their unhealed past, which was crossed out in large quantities replicated and officially recognized fanfare, ceremonial writings.

The story "In the Trenches of Stalingrad" became the book that defined the whole direction in Russian literature and military prose. It was under the influence of this story at the turn of the 1950-1960-s that the literature of the front-line generation announced itself, which was then called “lieutenant prose”. At the origins of this stratum of Russian literature was the story of Nekrasov, who served as a guide and was a recognized leader, as many “military” writers, in particular Vasil Bykov and Grigory Baklanov, spoke about. Later, front-line writers described the role of Viktor Nekrasov’s story in their current creative fate: “We all came out of the Nekrasov“ trenches ”.