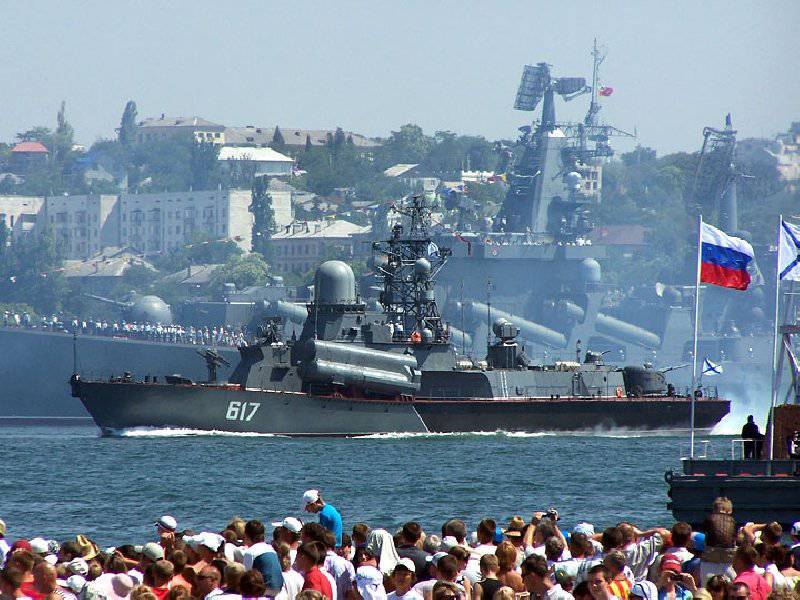 In the 13th century, the Crimean peninsula was an economically strong agricultural land. Therefore, it was no accident that he became the target of the capture of the Tatar-Mongols. For almost 5 centuries, the Tatars, having formed the Crimean Khanate on the peninsula, collected a rich tribute. In 1771, Russian troops under the command of Prince Vasily Mikhailovich Dolgorukov defeated the Tatar army and captured the Crimean peninsula. The Tatars really hoped for the help of the Turks in repelling Russian attacks, but the Turkish troops at that time "got stuck" in the war on the Danube and could not come to the aid of the Tatars. In 1772, the Crimean khan and Prince Dolgoruky signed an agreement that established the status of an independent khanate for the peninsula under the auspices of Russia. Under the agreement, all the Black Sea ports passed to Russia: Kerch, Enikale and Kinburn. Thanks to this conquest, Russia forever got access to the Black Sea. But she had to prove her right to the Black Sea in numerous clashes with Turkish fleetreflecting the many attacks of Turkish military squadrons trying to capture the peninsula. In the spring of 1783, according to the highest rescript of Catherine II, the Crimean Khanate became part of the Russian Empire. A detachment of the Azov Flotilla came from Kerch to Crimea (Akhtiyar Bay), which marked the beginning of the Russian Black Sea Fleet. In the same year, the city of Sevastopol was laid down near the Akhtiyar Bay. In 1787, Turkey presented Russia with an ultimatum demanding the transfer of the Crimean Peninsula to it. Thus began the Russo-Turkish war, in which the Black Sea fleet inflicted a crushing defeat on the Turkish naval forces. As a result of the campaign of the Black Sea Squadron under the command of Admiral F.F. Ushakova in 1798-1800., Russia gained a naval base in the Mediterranean, which significantly increased the status of the country as a great sea power. Until now, Sevastopol cherished the memory of all Black Sea sailors who fought for their homeland. Legends are composed of the exploits of the defenders of Sevastopol during the Crimean War (1853-1856) and the Great Patriotic War (1941-1945).

For Russia, the Black Sea Fleet has always been vital. Today, there are two main tasks of the fleet. Firstly, control of the entire Black Sea waters and ensuring the security of the country's southern borders. Secondly, given the current geopolitical situation, the capabilities of technology and the naval forces of its closest neighbors, to ensure the protection of the country's borders by small forces of boats and light ships, taking into account their interaction with coastal missile systems and aviation. But if we consider the Black Sea Fleet as the basis for the deployment of the Russian Navy in the Mediterranean Sea and the Indian Ocean, then the Black Sea Fleet should include ships capable of providing their presence far from their shores and be able to patrol in distant sea and ocean zones.

Since Russia does not hide its interest either in the Indian Ocean or in the Mediterranean, the role of the Black Sea Fleet for the country is increasing.

Currently, the Russian Black Sea Fleet includes only 50 combat boats, ships and auxiliary vessels. The number of aircraft supporting the fleet has decreased significantly compared with the Soviet years. If earlier the Russian Black Sea fleet dominated the Black Sea, now it is inferior in numbers to the Turkish Navy. But even with the existing composition of the Black Sea fleet may well win in the confrontation with a stronger enemy.

Unfortunately, all the same ships of the Russian Black Sea fleet is rapidly aging. If urgent measures are not taken to repair, modernize and improve the fleet composition, then over the course of 10 years, the vast majority of the ships will fail due to physical wear and tear. The pride of the Black Sea squadron is the missile cruiser "Moscow". For many years he has been helped to solve urgent problems - from repair and logistics to recruiting, the authorities of the city of Moscow. But this, of course, is not enough. Fleet needs to be updated. But on the way to strengthening the Russian Black Sea fleet there was an almost insurmountable political obstacle - the Ukrainian authorities made the Black Sea fleet a bargaining chip in their dispute with Russia over gas discounts.

The attitude of the Ukrainian authorities to the Russian Black Sea fleet and the military living in the Crimea is worse than to the unloved stepson. But as a changeable map in negotiations with Moscow, it is quite suitable, therefore, the Ukrainians tolerate the presence of Russian sailors on the territory of the Crimean peninsula. In 2010, Kiev successfully linked its demands for gas discounts with the extension of the presence of Russian ships off the coast of the Crimea. But not only Russian-Ukrainian gas problems hang a sword of Damocles over the Russian Black Sea Fleet. For a long time, the Russian Ministry of Defense has been negotiating with the Ukrainian side on the use of Russian military infrastructure located on the Crimean peninsula. But so far the discussion is not at the level of specialists, as Moscow suggests, but through public diplomacy involving the media, as decided by the Ukrainian side. Therefore, it is still not possible to conduct a constructive dialogue on this important issue for all parties.

Although in 2010, an agreement was signed to extend the base of the Russian Black Sea Fleet on the territory of the Square to 2042, there are still unresolved issues related to the updating of combat units of the Russian fleet, the sharing of Sevastopol berths and problems with unresolved taxation of all goods supplied from Russia to maintain the functioning of the Black Sea Fleet.

The Ukrainian side, without waiting for the results of the inventory of military facilities of the Russian Black Sea Fleet, already demands to pay compensation for the 38 berths used by Russian sailors.

In accordance with the agreement of 1997, Russia does not have the right to increase the number of military units in the Crimea, as well as to carry out work on upgrading weapons. But according to Russian military officials, Ukraine does not object to replacing outdated ships of the Russian Black Sea Fleet with new ones. Kiev insists that the modernization and re-equipment of the Russian Black Sea fleet can begin only after the signing of an intergovernmental agreement. The main obstacle in signing such a document is the demand of the Ukrainian side to provide a complete list of new weapons, which will replace outdated ones. According to Kiev officials, Ukraine fears that ships equipped with elements of tactical nuclear weapons will be deployed at the Russian Black Sea naval base. The Ministry of Defense, in turn, is trying in the negotiation process to defend its position on the autonomy of Russia in the Black Sea region. The Defense Ministry plans to deploy six new submarines (636M project) and about six corvettes (20385 project), ten small rocket and artillery ships in their bases in the Crimea.

The negotiation process is safely frozen in the air - no one has gained anything, but, so far, has not lost. On the one hand, the Ukrainian leadership, which is ready to make the decisions necessary for Russia, on the condition of energy and economic concessions on the Russian side, on the other, Russian politicians, who do not want to lose their diplomatic and economic decisions. And the Black Sea Fleet of Russia is waiting for the politicians of both countries to understand that a powerful military fleet on the Black Sea coast is beneficial for both countries.

Ctrl Enter
Noticed oshЫbku Highlight text and press. Ctrl + Enter
We are
Energy blockade of the Crimea. Great damage to the economy and an attempt to genocide the populationRussia, Turkey and the "Crimean Question"
Military Reviewin Yandex News
Military Reviewin Google News
156 comments
Information
Dear reader, to leave comments on the publication, you must to register.