Media: The Ministry of Defense will purchase an amphibious transporter based on the T-80 tank

2 May 2013
66
The Ministry of Defense of Russia began the procedure for agreeing on working documentation for determining the parameters of the state order for the world's only heavy floating conveyor PTS-4 weighing almost 35 tons and carrying capacity up to 18 tons, writes on Tuesday, "Izvestia". 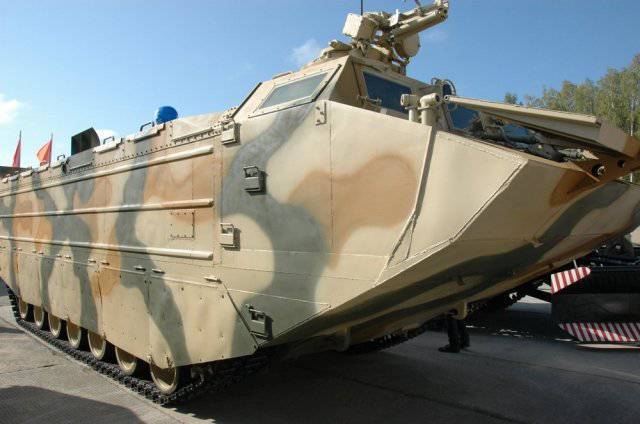 According to a source in the Ministry of Defense, PTS-4 amphibians will be included in the state defense order in 2014.

The vehicles are intended for engineer battalions of motorized rifle and tank brigades, and the exact number and delivery time will be determined closer to autumn, Izvestia notes.

“We have a lot of problems with floating transporters. On the supply of the Ministry of Defense are PTS-2 and PTS-3 release 1970 – 1980-s. They were made in the Ukrainian Lugansk. 70% is either broken or developed a resource, ”a source said.

As the publication emphasizes, in addition to direct assignment, PTS is used in everyday military life as ordinary trucks, which reduces their service life.

“In fact, there is nowhere and nothing to repair Lugansk vehicles, since they use units of the T-64 tank, which has been taken out of production,” the ministry spokesman added.

According to a source in the defense industry, work on the PTS-4 began in 2009, by order of the Ministry of Defense, in 2011, the car passed state tests.

“The use of serial tank units facilitates the design and mass production of floating conveyors. The PTS-4 tracks, tracks, torsions - from T-80, and friction, gearbox - from T-72. The engine is also a tank, with a capacity of 840 l. with. ”, - he said.

Thanks to the tank engine and undercarriage, the amphibian has the same patency as the T-80. The transport compartment includes any BMP, armored personnel carriers and trucks, explains the publication.

PTS-4 was created by the Omsk Transport Engineering Design Bureau, which is part of Uralvagonzavod Corporation. A representative of the bureau confirmed that the machine is ready for production, but stressed that everything depends on the parameters of the order of the Ministry of Defense.

And in the corporation "Uralvagonzavod" they say that negotiations with the military are conducted not only on amphibians, but also "on a number of means of engineering armament."

“The rear teams carry a large number of conventional trucks. If necessary, floating conveyors will not be enough to transfer across the river, you still need to seize bridges and build pontoons. The experience of the war in Iraq in 2003 showed that now there is no need to create a large density of troops, prepared by the army to capture the bridge is not a problem, ”the expert explained.

According to him, for disembarking from the sea it is more optimal to use floating BMPs like the American AAVP-7 or hovercraft, and transport amphibians do not play a special role. 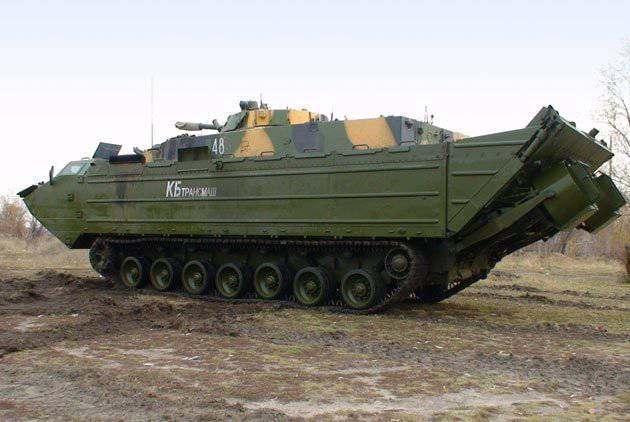 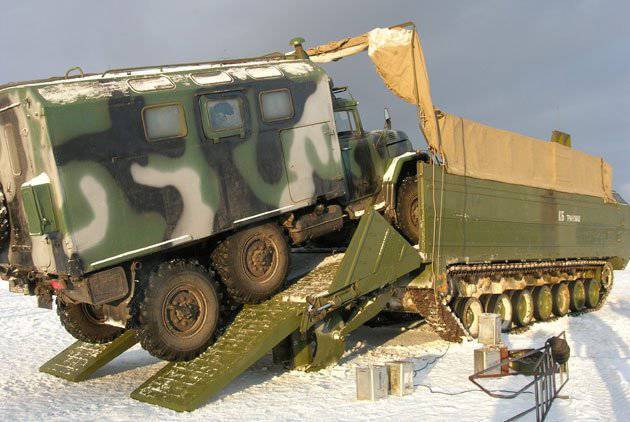 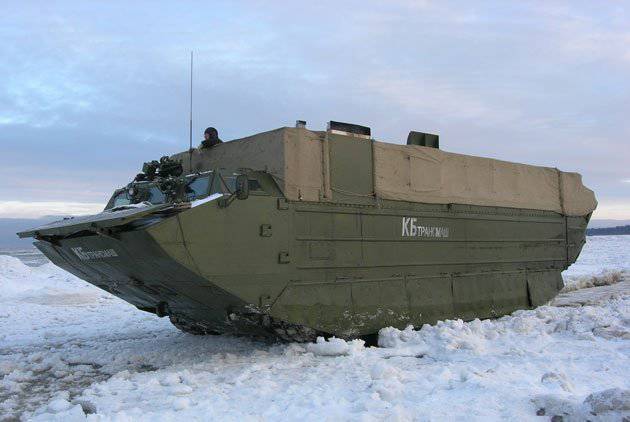 Load capacity, t:
- on land 12
- on the water and approaches in the water barrier 18