7 May 2013
45
A few days ago during the work on the Perspective aviation the Frontline Aviation Complex (PAK FA), a significant event took place that clearly shows the current progress. First time in stories The prototype T-50 aircraft was lifted into the air not by a Sukhoi test pilot or an employee of the Flight Research Institute, but by a military test officer at the State Flight Test Center. 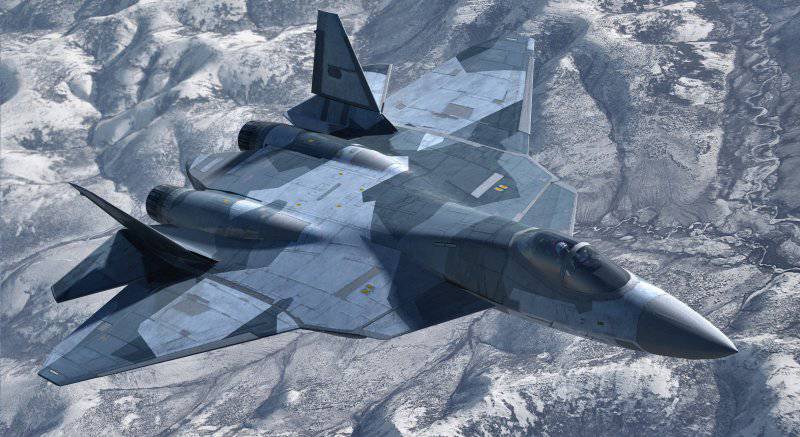 According to the official report of the company "Sukhoi", 25 April from the airport of the Flight Research Institute. M.M. Gromov (Zhukovsky) for the first time took off the prototype of the fifth-generation fighter T-50, in the cockpit of which was a military test pilot of the 929-th State Flight Test Center. V.P. Chkalov (GLITS). The two-hour flight, during which various systems were once again tested, was successful, in full accordance with the assignment. According to official data, four T-50 prototypes are currently taking part in flight tests at once, and two more airframes are used in ground work. One of them serves as a stand for testing equipment, the other is involved in static testing.

To date, four available prototype aircraft have made a total of about two hundred flights. However, it is the recent flight that is currently of the greatest interest. The first departure of a promising aircraft under the control of a pilot from the State Flight Test Center actually indicates the imminent start of a new test phase. From the very fact of the beginning of participation in the work of military test pilots, it follows that in the very near future the PAK FA program will move to the stage of state joint tests, during which the fate of the new aircraft will be finally decided. Admittedly, new trials will begin with some delay relative to the original plans. So, at the end of last year, Commander-in-Chief of the Russian Air Force, Colonel-General V. Bondarev announced the beginning of state tests in March 2013. March is over, April has passed, and the tests have not yet begun.

However, the last news allow to assume that all the necessary work will begin no later than the month of June. The situation in the current state looks as if the project had some problems, the solution of which took additional time. Now they have been eliminated, and military testers can be involved in test flights of a promising fifth generation fighter. In addition, it should be noted that in the near future the fleet of experienced aircraft will be replenished with one more side. The fifth flight copy, according to available data, will have a full set of on-board equipment corresponding to the composition of the equipment of future serial fighters.

In the future it is possible to build several more aircraft, the configuration of which will correspond to the serial one. According to various sources, in flight tests up to seven or eight fighters can be employed. In this case, the planned test volume of several hundred flights can be completed within a matter of months. The main problem in this case becomes the timely processing of the collected information and the introduction of corrective amendments to certain nuances of the project.

In the current plans of the Ministry of Defense, which can be adjusted in the future, the delivery of the first production T-50 aircraft is scheduled for 2015 year. By this time, it is planned to complete the tests, as well as complete the creation and fine-tuning of various onboard systems. The first serial fighters, as well as older models, will go to the Lipetsk 4 th center for combat use and retraining of flight personnel. Pilots of this organization will be the first to master the new aircraft, and then begin to transfer the experience to the pilots of other units, who will later receive serial T-50. It is too early to talk about the timing of the start and completion of deliveries of new fighters in parts not related to the Lipetsk center.

It is already clear that the mass construction of fifth-generation Russian fighters will begin only in the second half of this decade, and full-fledged combat-ready squadrons equipped with T-50 will appear only by 2020 year. Until that time, the air force will operate the existing aircraft, as well as the currently purchased Su-35C and Su-30CM. These types will be transitional in anticipation of the fifth-generation fighter.

Also, by the end of the decade, an experienced copy of the export version of the T-50, currently bearing the designation FGFA (Fifth Generation Fighter Aircraft - “Fifth Generation Fighter”) should appear. The development of this project is carried out jointly with the Indian company Hindustan Aeronautics Limited. India will be the first foreign buyer of these aircraft. In the future, it is planned to offer FGFA to third countries. On the prospects of the export fighter, for obvious reasons, it is too early to say.

Over the next few years, the main topic of discussion will remain the T-50 fighter for the Russian air force. It’s still far from the beginning of his service, but participation in testing of pilots of the State Flight Test Center speaks about the progress achieved. It remains to wait for new messages and follow the progress of the project.

Ctrl Enter
Noticed oshЫbku Highlight text and press. Ctrl + Enter
We are
An-12 in AfghanistanExperimental aircraft CAM-9 Arrow
45 comments
Information
Dear reader, to leave comments on the publication, you must to register.