Clear air 9 May stink. To Moscow bohemian statements about the inadmissibility of Victory Day 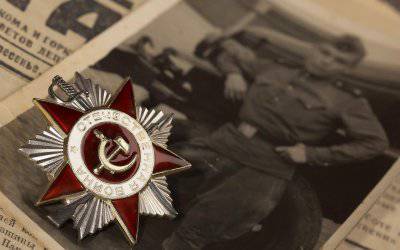 I'll start simply: May 9 is coming soon, the day of life. For shortly, it is a holiday when our people celebrate life.


And this means that discussions about the meaningfulness of our existence, the practical benefits of heroism and the benefits of love are intensified to him. Again and again, year after year, we are faced with the question of the meaning of this holiday, of the appropriateness of the forms of its celebration, of its combination with the comforts of citizens.

Quite often, our holiday is judged rather harshly.

Actor Vladimir Bagramov: “Patriots,” you burn with your parades. If you want to help the "great country" - go under Tanks. It will be an act. Exactly in the framework of this chaos, which once again is nothing but a savory spit in the face of thousands of tired people trying to get home from work. Burn in hell".

Deputy Aidar Mujabaev, editor-in-chief of Moskovsky Komsomol: “In our media, what is happening is called the rehearsal for the Victory Parade. And I would call it the deliberate murder of innocent people. Which is no better than the Holocaust, albeit on a smaller scale. This murder is the same intentional and cold-blooded. Business will not be limited to today's transport collapse. The following penalty dates are April 29, May 3 and 7. Get ready. And also actually 9 May. Dying on this day, probably, should be honorable. It is worse than fascism. ”

Quote: "Who is celebrating something? A state about ... the last couple of last wars? "

Quote: "And what about the ghouls, if they have nothing to be proud of except for the victory in the war, for which they laid more than twenty million?"

Quote: “Why the hell do we need these military parades ?! How much money is wasted on them. It seems that the current regime has really nothing more to boast, except weaponsand that is mostly obsolete. Bastards. "

“Parades are like cars with flashing lights. A small number of people rejoice, and the rest otdovuyutsya for this joy. Yesterday in Moscow there were traffic jams 10 points (i.e., a full stop of movement). Several millions of victims - for the pleasant emotions 5000, who will stand in parade. "

Quote: "Bastards. All of Moscow rose because of them. Parades have long become a farce. This money would have been better distributed to veterans, there are so few of them left, and they live in monstrous conditions. ”

Quote: "This soviet kitsch with parades is already ridiculous, in fact, at least the remaining veterans have improved their lives, so few of them remain, many live in poverty."

Quote: "From work to the subway, the bus usually goes 10-15 minutes, tonight I drove 50 minutes."

Quote: "Only those who do not know well history, can call this day a holiday. "

This means that it is time again for us to give an answer both to ourselves, and to our children, and to those who ask us about the meaningfulness of our existence in such a free form.

For our ancestors, this holiday really smelled of gunpowder. This holiday was really quite gray hair. And still pains from old wounds, grazes from artificial limbs, terrible dreams. And a huge amount of emotional insatiable pain for those who took the mean, bloody, inhuman, holy, great war. The war shot at them, blew up, crippled, tortured, mutilated, froze, starved, deprived friends, relatives, themselves, gnawed out humanity, stole hope, undermined faith, aimed at love. But love, as it is peculiar to her, believed everything, hoped for everything, transferred everything, covered everything and did not cease. She did not stop even then, when people returning from the West brought her to the black ones sticking out of the ground like tombstones of their own houses.

This love still lives among us, looks at us with watery, almost transparent eyes from old age. Evaluates how we ascended, we are the seedlings they sowed into the ground with blood. What fruits we gave on the ground, fertilized with the ashes of their comrades, relatives and loved ones.

They see everything, they understand everything, they convey all these old eyes to the heart. They are not fooled. They look and see the truth, because there is no time for a lie, it does not fit into their schedule of precious days. Their wrinkled hands pat our children's hair in the same way that the farmer runs his hand over the wheat ears, assessing the harvest. This is their harvest. He came not only from our seed, but from their blood.

9 Maya is not just a holiday, when we give them a carnation, it’s not just an opportunity for them to come out, ringing with medals. This is not just an excuse to wave bitter, like tears, like life and death, front 100.

This is the day they look at us. Are we worthy? What have we done? Who gave birth? Are we ready to become like them and do what they did?

On this day, we parade in front of them. We ourselves, our wives, our children. We show ourselves - well succeeded.

And the military parade on Red Square is part of this general parade, which the country arranges for its soldiers to show that it deserves their victims.

... But even after the last of them has gone to eternity - they will not stop looking at us from there. Therefore, those who talk about the "holiday for veterans", which can be quietly rolled and forgotten in ten years, are hoping in vain.

The national holiday consists precisely in the fact that eternity looks at the people, and the people know about it.

Therefore, as long as our people live, on this day he will honor life and those who gave it to him.

And this holiday will have its own special smell, which future Russian citizens will remember from childhood.

... My children's party smelled like ice cream, Moscow asphalt, along which my father and I went to Red Square. He smelled like mothballs, because on that day I was allowed to play with my grandfather's orders, and they were kept with the uniform. My Victory Day smelled of carnations that were given to my grandmother and great-grandmother, a salad and a festive table. He smelled the TV “TEMP”, which showed “Officers”, “In the zone of special attention” and “Single swimming”.

Somewhat later, the stench that emanated from a beautiful color Japanese television began to mix with these smells. I tolerated this stench twenty-five years. And sometimes endure so far.

The difference is that when this stench has just begun, I still could not do anything. And now there is a hope to change everything and make my children, so that your children will no longer feel in the Victory Day stink.

I mean the whole culture of the stench, which is a place in the kitchens of losers, and not on TV or on the pages owned by state-owned media. And not on TV. I mean the stench from which “Serve the Soviet Union”, “Penalty Board”, “May Day 4 in May”, “Edge” and the like grew. This is what the deputy editor of “MK” sprouting from Mudjabaevs and Bagram actors and the rest of the shelupon.

It is necessary to clean the air 9 Maya. It is in our power - and for this, by the way, will not have to die.

Ctrl Enter
Noticed oshЫbku Highlight text and press. Ctrl + Enter
We are
What you didn't want to know about EnglandThe importance of the Victory Parade in Russia is being questioned
Military Reviewin Yandex News
Military Reviewin Google News
579 comments
Information
Dear reader, to leave comments on the publication, you must to register.