A country without territorial defense

2 May 2013
20
Economy, infrastructure and civilian population are top priorities


As it became known, on the basis of amendments to the existing federal law “On Defense”, introduced by the president, for the first time in recent years, the new leadership of the Armed Forces of the Russian Federation has practically re-started the development of a whole set of legislative documents relating to the defense of our state.

The difficulty of solving this task lies in the difficulties specific to Russian conditions, including the organization of territorial defense (MOT). THEN as a system of measures to protect the population, objects and communications from the actions of the enemy, sabotage and terrorist acts, since the times of the USSR, distinguished by its completeness and validity, has recently found itself in the pen. On the other hand, today there are factors that have significantly changed the views on its organization.

In the new conditions

Socio-economic device. With the advent of private property, entrepreneurs have found not only individual enterprises, but also entire industries, land, forests, and water areas. All this huge household owned by individuals requires protection. Since war is a disaster that affects the interests of not only the state, but also every citizen of Russia and its property, both military authorities, the executive branch of the subjects of the Federation, and local self-government with the involvement of individual private owners should take a direct part in this work . After all, in Russia at the time of difficult trials, thanks to the rise of patriotism among the widest masses, the feeling of the Motherland united society and turned it into a single camp.

Military-political situation. The volume and procedure for preparing the country militarily and the organization of maintenance depend on it. Russia occupies a unique geopolitical position and has huge produced and natural values. The problem of preserving the military security of the Russian Federation in the conditions of the superiority of a potential enemy in almost all strategic areas has become more acute. Timely organization MOT plays an important role.

The nature of the armed struggle is also changing. From the very first days the war will take extremely tense and decisive forms. Military districts will be under constant threat from missileaviation strikes, actions of air (sea) landings, special operations troops. The peculiarities of future wars are that in the course of hostilities, not only troops and military facilities, but also the country's economy with all its infrastructure and civilian population will end up under enemy attacks.

Defense infrastructure. Over the past decades, the system of interconnected facilities, which maintains the vital activity and security of the Armed Forces, has actually been destroyed. Including as a result of the sovereignization of the former Soviet republics. As a result, a single defense space with a large number of aerodromes, stationary control points for strategic and operational assignment, and storages ceased to exist.

Due to the ill-conceived redeployment of troops, academies and even the main commands and departments of military districts, restoring the territorial defense system, organizing command and control in all military districts, and protecting large government bodies located near the state border is a problem.

The theoretical positions of the former harmonious system of technical maintenance were set forth in the “Basics of preparation and conduct of operations”. The bottom line was that the entire responsibility for the organization of territorial defense was assigned to the commander of the district (in wartime). 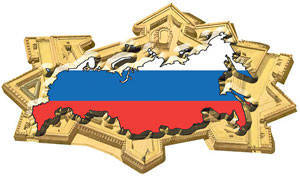 The last document regulating the activities of the departments of military districts in the war was the “Temporary Instruction on Territorial Defense”, in which clarifications were made in the activities of the commander of the military district in peacetime. All the responsibility of planning and organizing territorial defense was assigned to him and his headquarters, which greatly complicated their activities and increased the time required to prepare for the execution of tasks.

An analysis of the organization of territorial defense in the post-war period allows us to conclude that attention to it has lately decreased unreasonably. In none of the exercises conducted in 2010 – 2013, the questions of maintenance were not worked out. This is mainly due to the fact that in the Armed Forces of the Russian Federation gradually began to form a look at future military conflicts through the prism of the counter-terrorist operation in the Chechen Republic and in the Georgian-South Ossetian conflict, which fixed the thinking of a number of leaders mainly at the tactical level. At the same time, the operational and strategic levels that require serious knowledge and skills were practically ignored.

The latter is especially important for the organization of territorial defense management in the RF Armed Forces, where the main issues were solved by the General Staff, the command of the Ground Forces, as well as the commanders-in-chief and the main headquarters of other branches of the Armed Forces. Detailed planning and organization of territorial defense measures in accordance with the “Temporary Instruction on Territorial Defense” is carried out in full in military districts that exist in peacetime, without involving the district command (in wartime). This is today the general scheme for organizing territorial defense in the Russian Federation.

It would be advisable to make some clarifications, mainly related to the need to separate operational and administrative functions between the implementers, so as not to concentrate all the tasks being solved in one hand. The existing military district administrations are endowed with the status of a strategic interspecific OVU and they are entrusted with full responsibility for ensuring military security and territorial integrity of the Russian Federation within the established boundaries.

The heads of zones and areas of maintenance are the direct executors of all the tasks assigned to the district administrations (in wartime): territorial defense, mobilization, preparation of reserves, passage of troops through the territory of zones and areas. The expediency of appointing military commissars to the posts of deputy commanders of zones and maintenance areas is explained by the fact that they have prepared command posts (urban and suburban), and are constantly located, even with the outbreak of hostilities, in one place, and most importantly - are professionals in questions of mobilization . Military commissioners should be officers. The appointment of heads of training centers to guide the mobilization is wrong.