Report: British fleet is preparing to take control of the Persian Gulf 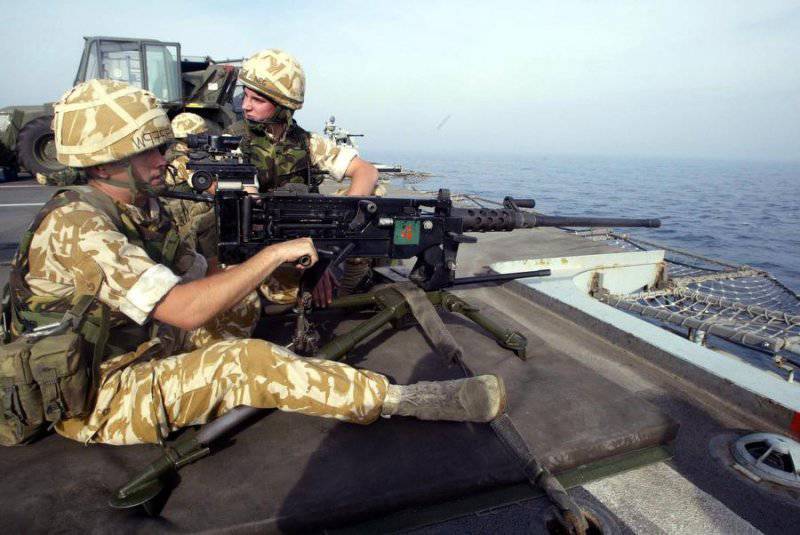 Britain plans to increase its military presence in the Persian Gulf, regaining its former position in the region. Among the reasons for the return to the foreign policy of the British Empire are the “Arab Spring” and the fear of nuclear weapons Iran


The Royal Joint Institute for Defense Studies published a report, “Returning East of Suez? Combat deployment in the Persian Gulf ". After analyzing the turn in the policy of Great Britain, the staff of the Center for Defense Affairs came to the conclusion that the reason for the change in foreign policy was the fear of what is happening in the Middle East.

It is noted that the increase in the number of troops in the Persian Gulf does not mean a full return to the imperial style. Britain intends to strengthen the "shadow" presence in the region: it involves the conclusion of agreements, the holding of exercises and the deployment of military bases.
London withdrew troops from areas east of the Suez Canal, including from the Gulf States in 1971. As a result, several independent states were formed in the region.

Experts from the Institute of Defense Studies claim that the British government does not plan to deploy armed forces in the region in the near future, but emphasize that an expansion of the presence would be advisable due to social unrest after the Arab Spring.

Ctrl Enter
Noticed a mistake Highlight text and press. Ctrl + Enter
We are
“Russian Spring” on the festival of colors in Kiev and bloodshed in the Donbas
28 comments
Information
Dear reader, to leave comments on the publication, you must to register.