The armor of the XXI century - from the web and liquid 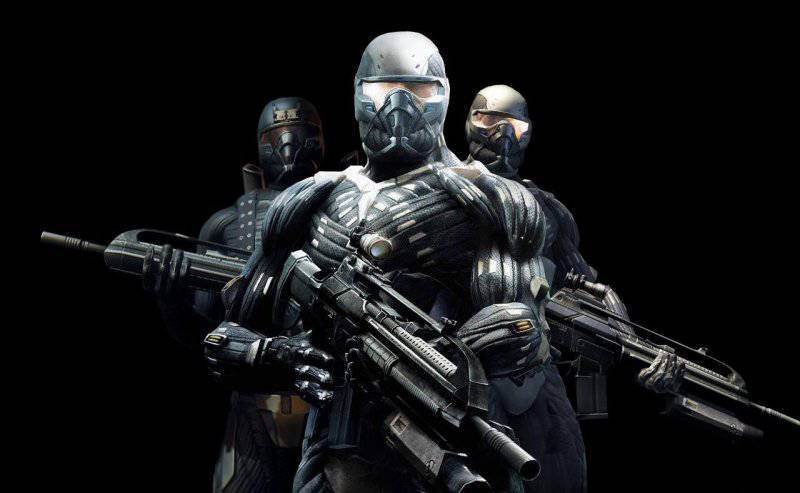 "Gunpowder / Yavil your smoky face and dispersed / Armor of Knights, / Like rusty iron", - wrote about the appearance of the gunshot weapons the great Maximilian Voloshin in his tragedy of material culture "Ways of Cain". Indeed, with the widespread introduction of gunpowder, bullets and shells, then the means of individual protection instantly became outdated and left the theaters of operations. Since then, in the literal sense of the word, generations of scientists and engineers from all over the world have been struggling to create new materials that can protect soldiers from firearms. But only with the development of nanotechnology, humanity is closely approaching the creation of light and effective personal protective equipment (PPE).

The fact that the British and American armies (as well as the armies of other countries - members of the NATO bloc) are about to switch to new protective military helmets, to which an innovative viscous nanogel will be added that can instantly absorb the impulse of power, that is, serve as reliable and lightweight armor , a variety of media talk and write for several years in a row. Even the color of this “miracle gel” is known - orange, apparently due to the fact that it is so colored in the presentation video, walking on the Internet and serving as a source of inspiration for journalists writing about nanotechnology and various scientific discoveries under the headings “Kaleidoscope "Or" This is curious. "

Of course, there is some truth in these articles. Indeed, invented by Richard Palmer, an employee of Blue Divine Ltd., a viscous nanomaterial instantly hits a solid state when it hits a knife, bullet or shard and forms an impenetrable barrier in the path of the deadly metal. This phase transition occurs in less than one millisecond, which allows you to create protection against various mechanical effects. The principle of operation of the new armor is based on the properties of “smart molecules”, which instantly combine into blocks upon impact, and at the end of the strike they disengage, returning the material to its original viscous state.

Experts point out that the so-called. non-Newtonian liquids, the viscosity of which depends on the velocity gradient of the object caught in them, news for science are not. For example, a mixture of cornstarch and water behaves this way. With slow motion, the molecules easily glide along each other, and with an energetic effect they stick together, absorbing kinetic energy. By the way, it was this property that the writer Arkady Averchenko, a contemporary of the aforementioned Maximilian Voloshin, noted in his famous humorous story “The Razor in Kissel”.

As they say, who knew that the technologies for creating new light armor, capable of protecting personnel from firearms, are so close ... But for a long time there have been attempts to create traditional, steel armor. And if the helmets in the twentieth century still showed a certain efficiency in the course of the hostilities - protection from stray bullets on eruption and debris - then various portable armor slats and especially steel cuirass just held down the movements of personnel, making it a convenient target and practically not protecting from enemy fire.

Alas, the reality turned out to be far from theory - maybe not the way the launch of the first satellite from the colonization of Mars, but the refinement of the “miracle gel” requires more serious. And although the protective soft plastic polymer, hardening under the influence of force, is already used in sports, for example, in the costumes of skiers who develop high speeds, however, “smart molecules” themselves have not learned to save from bullets.

As they say, shooting balls with a blowgun on prototypes of products is good at the training ground, and before the combat situation and mass production, the material still has to “grow”. So the same British went in a simplified way - although the D30 gel for protective helmets they developed cannot stop the bullet by itself, using it in combination with other materials will not only increase the reliability of the helmet, but also lighten its weight, which is important.

Exactly the same way went the Russian and American engineers: and we, and overseas are working on a new design of body armor using elements of "liquid armor." To put it simply, the new bulletproof vest consists of a special fabric, impregnated with the same protective gel. Unlike standard body armor, the force from a bullet or knife strike in “liquid armor” is not concentrated in one place, but distributed over the surface. This allows, if not to be avoided, then at least to reduce the “side effect” in the form of hematomas (bruises) remaining on the body from being hit by a bullet under a traditional Kevlar body armor.

By the way, having treated Kevlar fabric with a protective gel, the engineers were able to significantly improve its protective characteristics: the gel upon impact, in addition to its own stiffness, additionally holds together individual fibers of the fabric, preventing them from disperse under the action of a penetrating object. Most importantly, it allows you to significantly improve the resistance of the body armor not only to firearms, but also to cold arms - after all, as is well known, traditional body armor protects from sharp piercing objects much worse than from bullets.

In addition, with the help of new technology, you can effectively protect not only the chest, back and head, but also the hands and feet of soldiers. Under normal conditions, the fabric treated with an innovative gel remains flexible and practically does not constrain a person’s movements, however, under the action of the energy of a bullet or a knife strike, it hardens and turns into armor.

In Russia, the development of “liquid armor” from 2006 has been supervised by the Yekaterinburg Venture Fund of the MIC, which plans not to stop at prototypes, but to bring this product to the market. And already in 2007, experts conducted the first tests of the domestic protective nanogel. Russian engineers expect to use "liquid armor" not only for the production of PPE (body armor, helmets, etc.), but also to enhance the protection of any other objects - helicopters, boats, cars. In general, the scope of the new technology is huge. After all, "liquid armor" is applicable not only for military purposes, but also in civilian - for rescuers, firefighters, private security services, in the mining and aerospace industries ...

The Russian “armor” consists of a liquid filler - polyethylene glycol and solid quartz nanoparticles, which, when hit by a bullet, instantaneously seize, turning into a solid composite material. Works domestic gel only with a special fabric, the composition of which is kept secret. British experts, in turn, developed a gel that is compatible with conventional Kevlar threads - and this is no better and no worse, just a different approach to solving the problem.

A variant of “liquid armor” was developed and tested by the Moscow Scientific-Research Institute of Steel together with the Institute of Applied Nanotechnologies from Zelenograd near Moscow. The specialists treated the layers of a standard ballistic fabric with a fluoride-based helium composition with corundum oxide nanoparticles.

One more domestic development for PPE can be attributed to nanotechnology. So, back in 2011, the Russian company Kamenskvolokno, which produces chemical fibers for various purposes, presented at the Milipol 2011 exhibition in Paris, AuTx aramid fiber, called “golden textiles”. AuTx was developed in collaboration with Alchemy Technologies, a UK company. It is based on the fiber of a heterocyclic copolymer of an aramid family. At the same time, the dynamic strength of AuTx is twice as high as that of other similar fibers and threads. Thus, body armor made of “golden textiles” weigh half as much as similar protective gear made using traditional Kevlar. It is a pity that foreign consumers were the first to be interested in the development of Kamenskvolokna. Moreover, samples of personal protective equipment made from AuTx, passed combat tests in special units of the United States and Great Britain, stationed in Afghanistan. True, the Russian military leadership is still planning, over the next 15 years, to create fundamentally new weapons based on nanotechnology to combat radiation, chemical and biological terrorism.

It is known that AuTx is resistant to fire and, therefore, can be used in the manufacture of clothing for firefighters. According to the developers, AuTx is not only practically not subject to aging, but vice versa, the strength of its fibers during storage even increases, although only slightly (by about 1% over 5 years).

In the production of fiber AuTx are exposed to a special reagent, allowing the "golden textiles" practically do not lose their properties when in contact with water, oil and other liquids. For comparison: the traditional Kevlar loses its strength under the influence of sunlight and when wet. When heated, Kevlar becomes brittle, and its storage at high temperature accelerates the aging of the material.

Ctrl Enter
Noticed a mistake Highlight text and press. Ctrl + Enter
We are
White armor and colored armor ... (part three)Landing helmets of the German skydivers 1935-1945's
53 comments
Information
Dear reader, to leave comments on the publication, you must to register.