April 30 2013
83
Several countries - members of the European Union did not allow gas transit from Europe to Ukraine, despite the fact that Kiev fulfilled all the requirements set for it by the European Energy Community, said Ukrainian Deputy Prime Minister Yuriy Boyko.


“Ukraine expected much more when it became a member of the Energy Community. We have fulfilled a lot of rules that have been defined, however, we haven’t received any substantial help from the Energy Community on key problems of answers and answers, ”the newspaper“ Electronic News ”writes, citing an interview with Boyko on the Inter TV channel.

As an example, the Deputy Prime Minister cited a situation where a number of EU member states, contrary to European energy legislation, refused to allow gas transit from Europe to Ukraine. “Ukraine is a full member of the Energy Community, since March of last year we have a contract with the German company RWE. So, of the four countries that were obliged by the rules of the Third Energy Package to let gas out of Europe into our country, only one missed. The remaining three cited technical problems, ”he said.

Boyko recalled that the President of Ukraine, Viktor Yanukovych, spoke harshly against the Energy Community due to the lack of support from Ukraine in addressing important issues.

In recent years, Ukraine has been persistently trying to reduce its dependence on Gazprom’s blue fuel, the price of which, according to Kiev, represents a serious threat to the national economy. According to Yanukovych, Ukraine has already begun to reduce gas consumption, it produces more of its own and replaces natural gas with other energy sources.

In turn, Ukrainian Prime Minister Mykola Azarov at the end of March announced the arrival in Ukraine of the first volumes of gas through Hungary as part of reverse supplies from Europe.

Note that Ukraine began to import gas from Europe under the contract at the end of last year, having signed an agreement with the German RWE Supply & Trading for the supply of 5 billion cubic meters of blue fuel.

Gas transit through the territory of Ukraine is carried out by a subsidiary of NAK Naftogaz of Ukraine Ukrtransgas, which is the operator of the national gas transmission system. The company operates 37,1 thousand km of gas pipelines and branch pipelines. 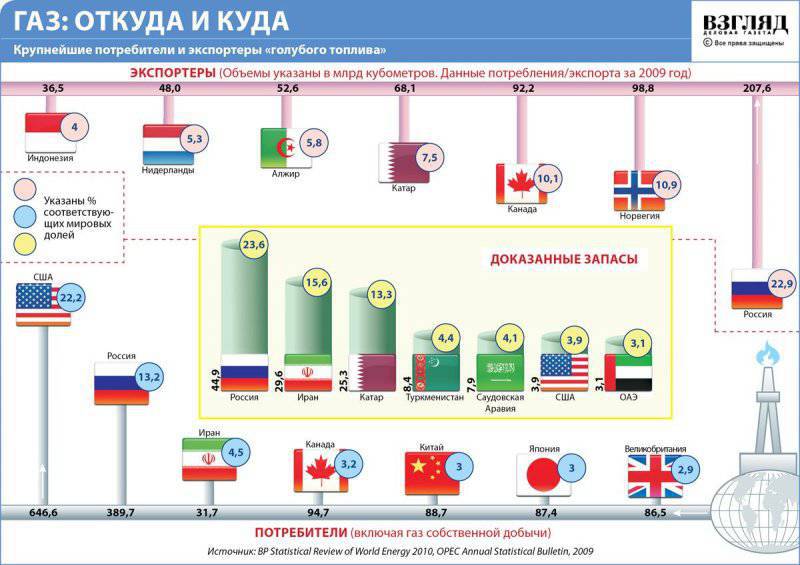