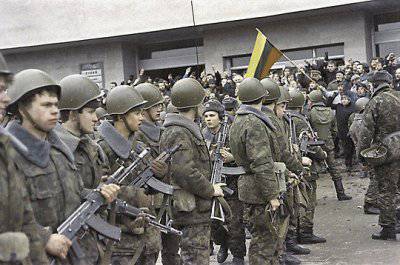 The theme of the so-called January events in Vilnius was repeatedly discussed at the Military Review. We are talking about the clashes that took place on the territory of the Lithuanian SSR in January 1991, as a result of which 15 people were killed (only in Vilnius), including Lieutenant of groups “A” of the KGB of the USSR Viktor Shatskikh. Viktor was mortally wounded by a bullet fired from a Kalashnikov assault rifle, which (bullet) was later presented by Lithuanian investigators as ricocheting after another representative of Group A shot.


In the course of those events that decided the further fate of the Republic of Lithuania, and, perhaps, of the entire Soviet Union, in addition to 15, more than five hundred injured were also killed. However, some of these people were hospitalized with wounds from hunting rifles, and several killed were fatally wounded with a Mosin rifle. These facts give reason to doubt that the Soviet special forces were shooting ... However, in Lithuania, all attempts to touch on this slippery topic from the perspective of conducting an objective investigation of the tragedy 22-year-old lead to serious problems. One of those Lithuanians who do not simply doubt that the execution of civilians in January 1991 was carried out by Soviet special forces, airborne troops and riot police, but also openly declare provocation by the Lithuanian authorities themselves, is a former deputy of the Sejm Algirdas Paleckis. Paleckis - one of the few representatives of the Lithuanian authorities (albeit the former), who spoke and are in favor of the need to subject Mikhail Gorbachev to an international court.

For the words “they shot their own people” in “democratic” Lithuania, Paleckis was prosecuted with the phrase “for denying the fact of aggression” and was found guilty of having been ordered to pay a fine of 10,4 thousand litas. To the Lithuanian authorities, such a punishment of a “denier” seemed insufficient, on the basis of which it was decided to deprive Paleckis of the Order of Merit for Lithuania, which he received in 2004 year. The punishment, as can be seen, well illustrates the essence of the democratic processes in the territory of Lithuania ...

With regard to the punishment of Algirdas Paleckis, the current Lithuanians were more or less satisfied, but they also wanted to develop their “success”. Literally the other day it became known that the Lithuanian Prosecutor General Darius Valis is going to ensure that all persons who participated from, say, official Moscow in the events of January 1991, received the status of suspects. Valis is going to bring charges of “resisting attempts to restore Lithuanian independence” and 81 war crimes to man. According to him, the Lithuanian Prosecutor General’s Office possesses rich materials in whole 700 volumes, which allegedly fully prove the involvement of certain individuals in the bloody events of January 13 of 1991 of the year. It is noteworthy that a significant percentage of those who are suspected by Valis are not Lithuanian citizens at all. These are citizens of the Russian Federation and Belarus. 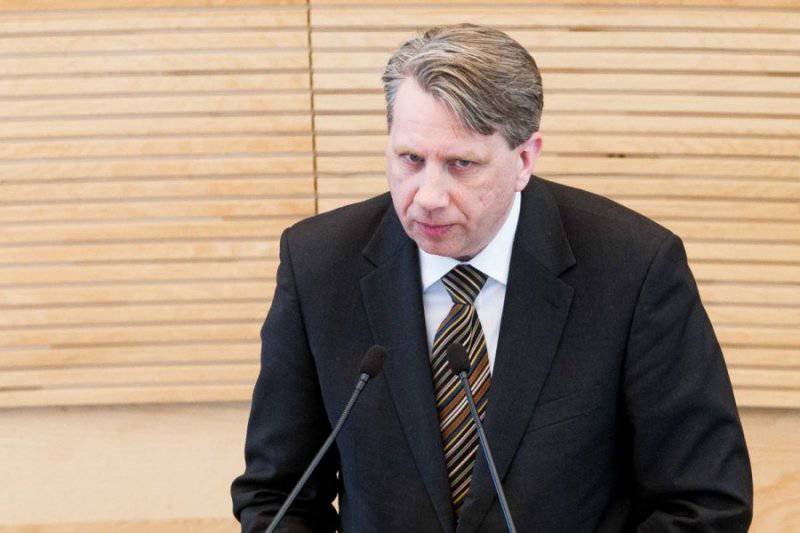 In addition, the Lithuanian Prosecutor General’s Office, headed by the same Mr. Valis, is going to inform Russia and Belarus that they (we can say: in our) territory are inhabited by war criminals, who need to be urgently extradited to Lithuania for all criminal proceedings. Valis argues that it’s impossible to talk about the statute of limitations, since, in his opinion, we are talking about the murder of people who were under the protection of international humanitarian law, and the attack of armed soldiers on civilians. In addition, the Lithuanian Prosecutor General's Office is going to present the tragic events of 22 years ago as a crime against humanity.

If we talk about those individuals, the issuance of which Valis is going to request from Russia and Belarus, here the personality of Vladimir Uskhopchik stands out. During the January events in Lithuania, Uskhopchik was the commander of the 107-th motorized rifle division of the Soviet army and at the same time head of the Vilnius garrison. For four years (2000-2004), General Uskhopchik was Deputy Head of the Belarusian Defense Ministry.

It is noteworthy that the Lithuanian authorities have long been hunted for Uskhopichkom. Literally every new prosecutor general of Lithuania declares that Uskhopchyk is a war criminal who must be tried for all the crimes he allegedly committed. The general himself, who now lives on the territory of the Republic of Belarus, in his numerous interviews stated that his soldiers had not fired a single round of live ammunition on that fateful night, because they simply did not have any. According to Uskhopchik, the shooting by the Soviet military was, if it was, it was done solely to cause people to leave the television center and eventually go home.

In addition to General Uskhopchik, the Lithuanian list of “war criminals” includes the names of former fighters (although there are no ex-fighters) of the Alpha group, soldiers of the Pskov Airborne Division and other participants in those events. I wonder if there are people in the list of Valis who fired at their own countrymen from the Mosin with a Mosin rifle of the 19-th century, which obviously would have looked inappropriate in the hands of the soldiers of the Soviet special forces ... If there are no such persons, then why? On this basis, Russia, together with Belarus, whose citizens are accused by the Lithuanian authorities, could well make reprisals for crimes against humanity and attempts to denigrate the moral character of the Soviet military.

Is there such a name on this list as Mikhail Sergeyevich Gorbachev, the administration of a specific policy which led to the January tragedy in Lithuania? If it is not, then according to such a list, concocted by the Lithuanian General Prosecutor's Office, except that the firebox is crying ...